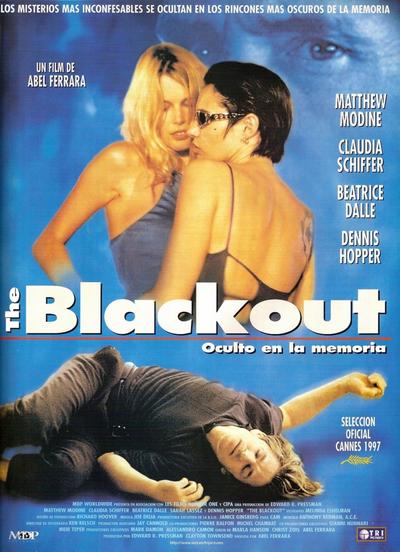 Mr. Ferrara is a Bronx-born filmmaker whose fascination with urban excess and questions of Roman Catholic faith sometimes makes him seem like Martin Scorsese’s self-destructive, insistently undisciplined younger brother. These are qualities that make Mr. Ferrara’s work enormously respected in Europe, where he is taken to be one of the primary interpreters of the contemporary American scene, and virtually unknown in the United States, where it can seem arty, self-indulgent and wholly unreal.

”The Blackout” takes Mr. Ferrara on a rare trip outside New York City. The film’s first act is set in a stylized version of Miami Beach, which Mr. Ferrara has decorated with his usual iconographic details: overflowing ashtrays, little piles of broken glass, puddles of mysterious liquids.

Matty (Matthew Modine) is a popular, pampered and prosperous movie star — he makes $6 million a picture, good money four years ago — with the sort of substance abuse problems common to Mr. Ferrara’s characters. He has come to Miami to visit his fiancée, Annie (Beatrice Dalle, of Jean-Jacques Beineix’s 1986 film ”Betty Blue”), a French actress who is starring in some sort of experimental video work under the indulgent direction of Mickey Wayne (Dennis Hopper).

The script, which is credited to Mr. Ferrara, Marla Hanson and Christ Zois, is actually pretty vague on the nature of Mickey’s art project. He seems to be operating some kind of strip club or brothel where he films the acts, charging patrons to watch and charging a bit more to participate. This could be the most creative film financing scheme to come along since the collapse of tax shelter movies, and it’s surely something that the coming generation of film school graduates will want to consider.

Matty is horrified to find that Annie has had an abortion. As she explains to him, none too concisely, ”I don’t want my baby by a father who was a junkie.” In a drunken rage, fueled by cocaine and God knows what else, Matty forces a violent sexual encounter on Annie, and falls unconscious. When he awakens, he is certain he has killed someone, though he isn’t sure whether it was Annie or the teenage waitress (Sarah Lassez), also named Annie, he picked up in a doughnut shop.

The balance of ”The Blackout” is concerned with Matty’s quest for forgiveness and redemption, a quest complicated by the fact that Matty has no clear idea of what he is atoning for. Those who want to read original sin here are perfectly free to do so.

Back in New York, Matty is taken under the wing of an angelic art dealer, Susan (Ms. Schiffer, doing her best to project a cornfed Midwestern quality). He enrolls in A.A. and sobers up, but when Susan is called away for a few days, the old demons return, and Matty finds himself on the next flight to Miami. ”I can’t get ahold of my life until I have solved my past,” he says.

Like most of Mr. Ferrara’s films, ”The Blackout” takes place in a trance state — events are fuzzy, line readings even fuzzier. There are mysterious ellipses in the plotline and lots of droning electric guitar work on the soundtrack (though when Ms. Schiffer enters, an acoustic guitar takes over). The movie ends three or four different times; Mr. Ferrara finally settles on an oblique homage to ”A Star Is Born.”

Mr. Modine, who at this point in his career was fresh off the financially disastrous ”Cutthroat Island,” does an excellent job of capturing the smirking obliviousness of a newly minted star. Mr. Hopper, with his habit of calling all comers, male or female, ”man,” remains ineluctably himself. 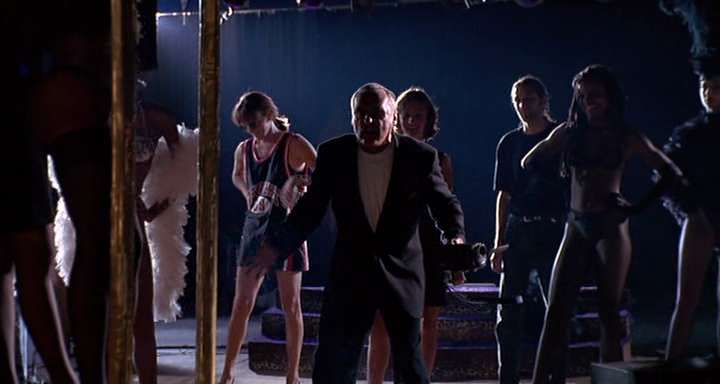 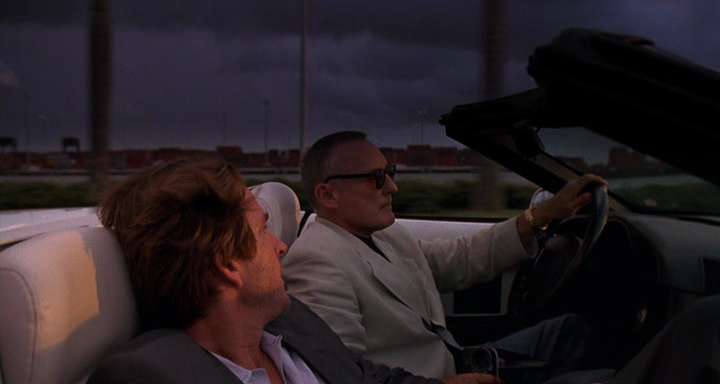