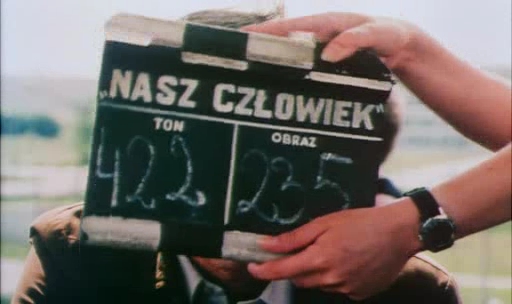 a description by one of IMdB members:
When a director films, or ‘takes’ a shot, each is identified by having a ‘slate’ or ‘clapperboard’ with the information regarding the shot written in – what shot number it is and which take it is. The clapper is used when making a sound take, the visual information of the clapper closing synchronized with the jump on the graphic read out of the sound track. The sound and visuals are recorded on different media and this is necessary to match sound and visuals or else everything would look like a poorly synced cheapo chopsocky epic. When it comes to editing the final film the states are all cut out of the film.

What Kieslowski has done her is a little experiment of recovering the clappers and splicing them into a short film. They are all taken from his film The Scar (Blizna). As such Klaps qualifies as another workplace documentary from Kieslowski The experiment produces a strange result of presenting the characters from the photoplay as the actors they are. Its sort or magic/anti-magic. The presence of the clapper renders the actors as people in costume saying scripted things. The suspension of disbelief is suspended. 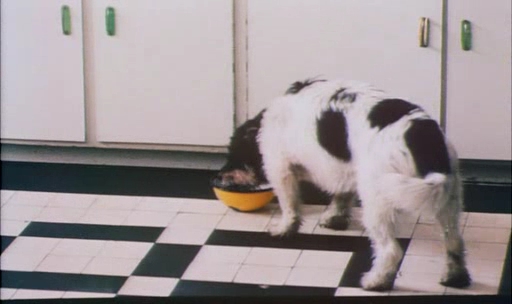 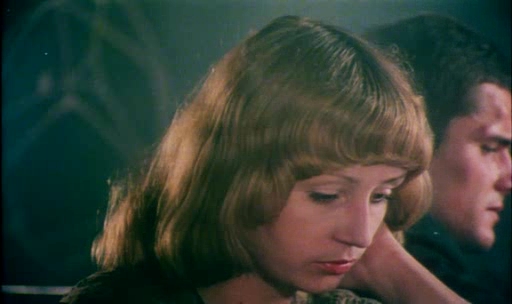 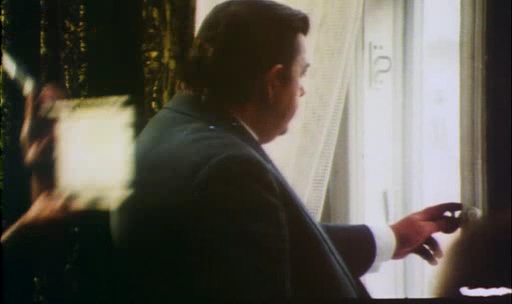 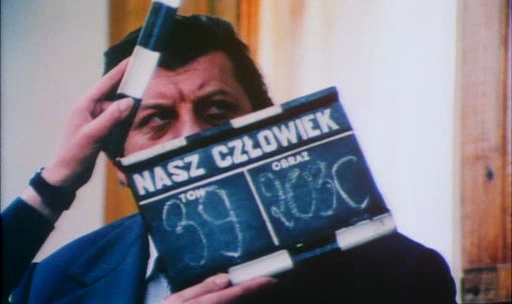 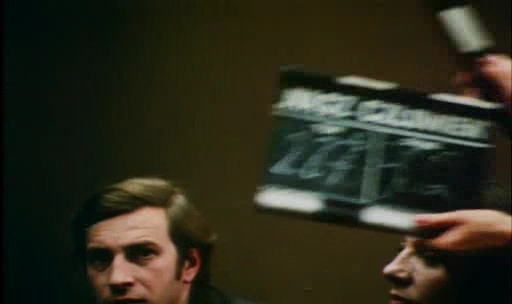