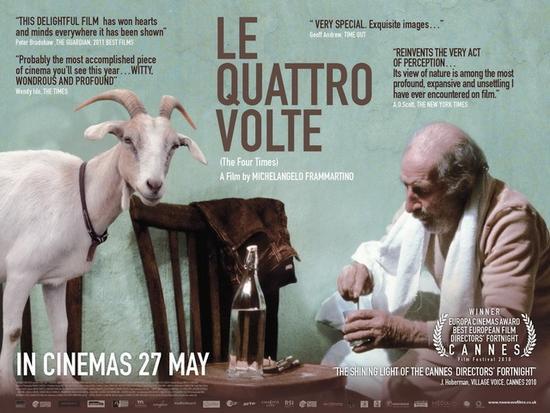 Quote:
An old shepherd lives his last days in a quiet medieval village perched high on the hills of Calabria, at the southernmost tip of Italy. He herds goats under skies that most villagers have deserted long ago. He is sick, and believes to find his medicine in the dust he collects on the church floor, which he drinks in his water every day.

Quote:
An idyllic village in Italy’s mountainous region of Calabria is the setting for LE QUATTRO VOLTE, an exquisitely filmed take on the cycles of life. Structured in four parts, per its title (“four times”), it opens with a shepherd tending his herd of goats, then shifts focus to one goat in particular, the tree under which he seeks shelter, and the industrialized fate of that plant. A.O. Scott of The New York Times writes: “(Its) view of nature is among the most profound, expansive and unsettling I have ever encountered on film. There is virtually no dialogue, yet the film is far from silent: the rustling of trees, the sounds of agricultural labor, the barking of a dog and in particular the cries of goats supply a meaning that transcends words, while Mr. Frammartino’s eye for both comedy and mystery produces compositions that are so strange and memorable that they seem to reinvent the very act of perception.” 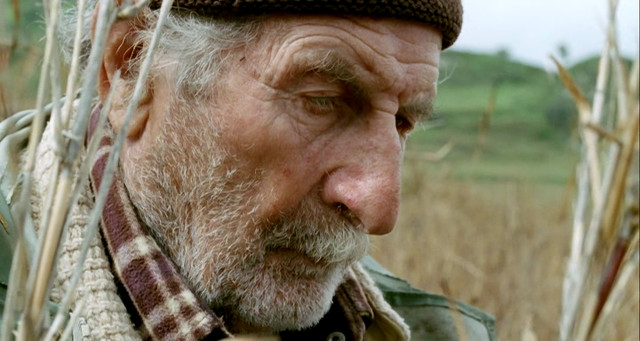 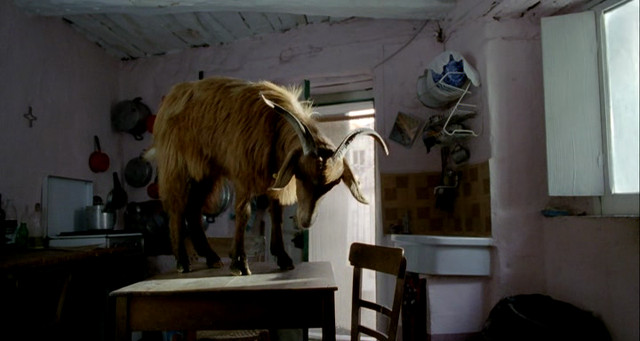 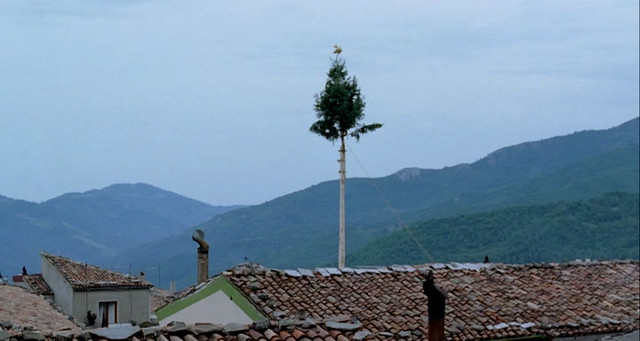