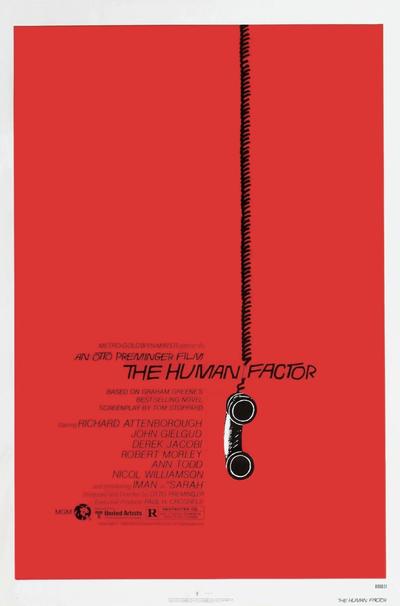 Description: Otto Preminger’s final feature is a restrained but well crafted espionage thriller based on a novel by Graham Greene, adapted for the screen by Tom Stoppard. Preminger’s direction tends to lack verve and tension, removing what should be the human factor of a moral dilemma of loyalty. The cast includes Richard Attenborough, Derek Jacobi, John Gielgud, Ann Todd and Iman, but it’s Robert Morley who stands out from the crowd as a ruthless doctor. The convoluted and underdeveloped plot hinges on tacit Cold War approval for the apartheid regime in South Africa.
A low-ranking worker in the African section of the Foreign Office is acquiescent in supplying relatively unimportant information to the Eastern Bloc. Lowly Secret Service desk clerk Castle (Nicol Williamson) is accused of leaking information to the Russians due to his wife (Iman) being smuggled out of Apartheid-era South African by a Communist friend, but suspicion also falls on his unmarried office colleague Davis (Derek Jacobi). Their bosses, Tomlinson and Percival (John Gielgud and Robert Morley), prepare a lethal mixture for the mole, and its Colonel Daintry’s (Richard Attenborough) task to point the finger.When a South African official (Joop Doderer) pays a visit to Britain to work on a new project, secrets begin to unravel and lives are changed forever.
My rip from the French dvd. English audio with French .srt subs alongside. Neither a great film nor a terrible one, but I enjoyed the book as a kid and recently looked for the film. Rather than a thriller, I’d say that this was more of an enjoyer. Revel at Bowie’s missus’ great acting. 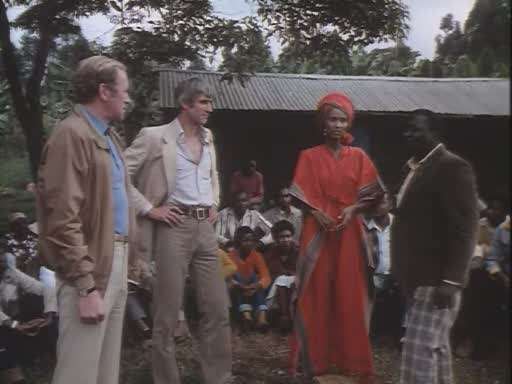 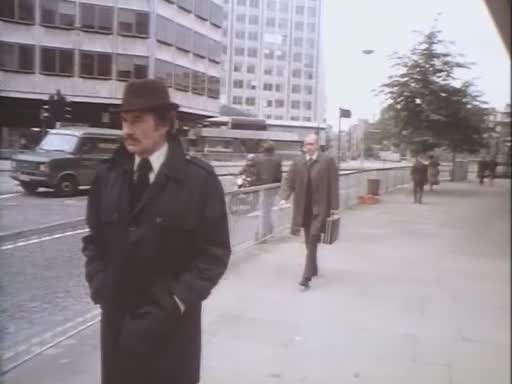 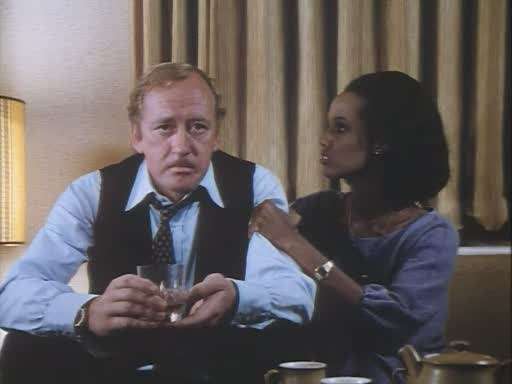