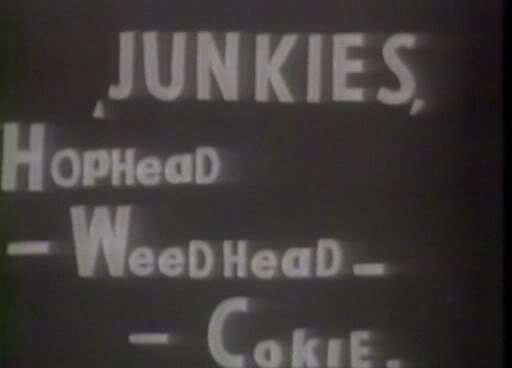 “The Opium Den, from 1935, follows. Three jacked-up junkies pretend to bugger each other with sausages, dildos, and bananas. Lucky for them a lady shows up to provide them a heterosexual outlet for their desires. Oddly, they spend an inordinate amount of time smoking, laughing, and fiddling with their disguises. Yes, these folks are wearing fake noses, heavy make-up, and glasses. Their disguises lay bear the reality of how taboo pornography must’ve been in the 1930’s, especially when one considers the setting for their sexcapades, an opium den. Only junkies and degenerates have illicit sex and take illicit drugs, right? Well, at least the conflation of drugs and sex probably made the “upstanding” middle-class consumers of this stuff feel superior to the bodies projected on their walls. Eventually everyone gets nude, two of the men leave, and a chunky fellow slides his long screwdriver into The Night Mare. The fucking is pretty hot, The Night Mare seems to have mysterious gripping powers inside of her vagina–she almost consumes and spits out the junkie’s cock with every thrust. The junkie pulls out and ejaculates all over himself.” 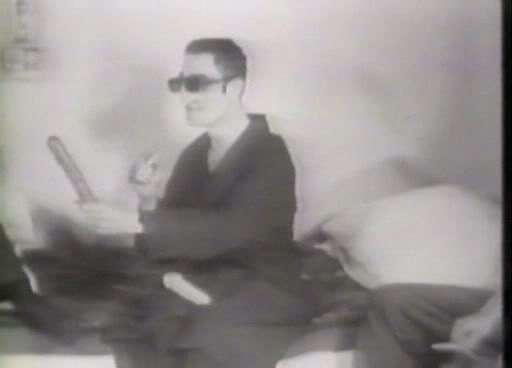 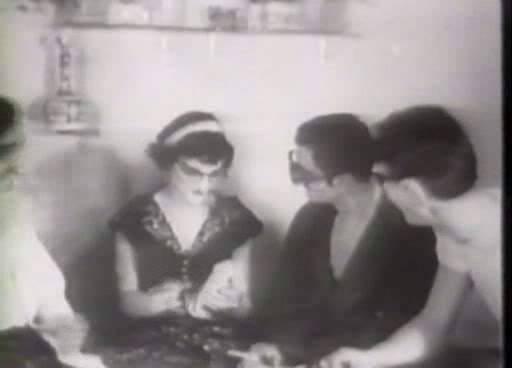