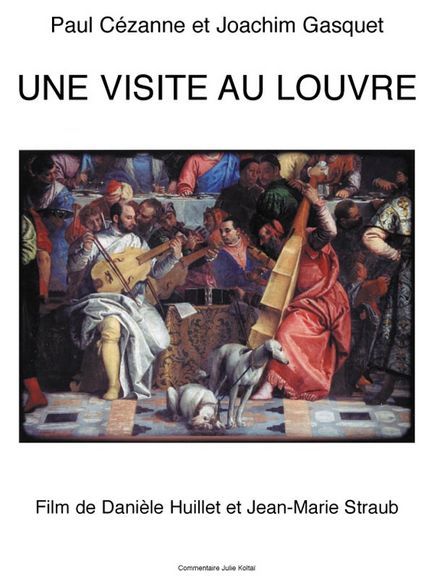 “As the camera shows us some of the masterpieces held in the Louvre, Julie Kotaï narrates with comments made about the paintings by Cézanne, which were put into writing by the poet Joachim Gasquet.

Une Visite au Louvre allows us to appreciate, through their regard and understanding of art, the rigorous filmmaking of Jean-Marie Straub and Danièle Huillet.

‘It could be said that Straub is to cinema what Cézanne was to painting.‘
Hervé Gauville, Libération “

“Une Visite au Louvre is a companion film to Jean-Marie Straub and Danièle Huillet’s Cézanne from a decade earlier. The opening title of that later work indicates that it was inspired in 1990 by Dominique Païni, then film programmer at the Louvre. Like Cézanne, Une Visite au Louvre is also based on Joachim Gasquet’s book, Cézanne, specifically on the chapter entitled “Le Louvre,” which recounts Cézanne’s visit to the Louvre, accompanied by the young Gasquet.
As filmmakers, Jean-Marie Straub and Danièle Huillet enjoy deviating from what are considered traditional film lengths and this film has an unusual length of 47 minutes. They are adamant in their wish not to kowtow to the general conventions of the film industry. […] for Une Visite au Louvre they did two takes of each shot; originally they distributed the film in its two versions back-to-back.

As in Cézanne, the filmmakers follow the Gasquet text, eliminating anything that they deem un-Cézannian. Although the overall composition of Une Visite au Louvre
is similar to the earlier film, here the image track does not include film clips or photographs. Instead, closely following the Gasquet text, they show us fifteen works of art, one of which is a sculpture (the Nike of Samothrace) and the rest paintings. It is worth mentioning that the film also provides insight into changes in the Louvre’s collection, since several of the paintings are today in other collections. Cézanne’s comments on the art works, which were read by Danièle Huillet in Cézanne, are here spoken by Julie Koltaï with occasional interjections by Jean-Marie Straub repeating his role as Joachim Gasquet. The filmmakers demonstrate their own complicity with Cézanne’s observations by humorously inserting a black card to hide works the painter dislikes—the so-called Primitives or Jacques-Louis David, for instance. But in front of works he admires, such as Veronese’s Marriage at Cana or Tintoretto’s Paradise, they extend their admiration by moving the camera close to capture detailed views of the favored artworks. Also, the sound-track is marked by distinct pauses to imitate the actual viewing experience in a museum. This is no casual museum visit but a catalogue of opinions of a great painter. In fact, Une Visite au Louvre could have been called ‘A Guide to Cézanne’s Likes and Dislikes in Painting.’ ” 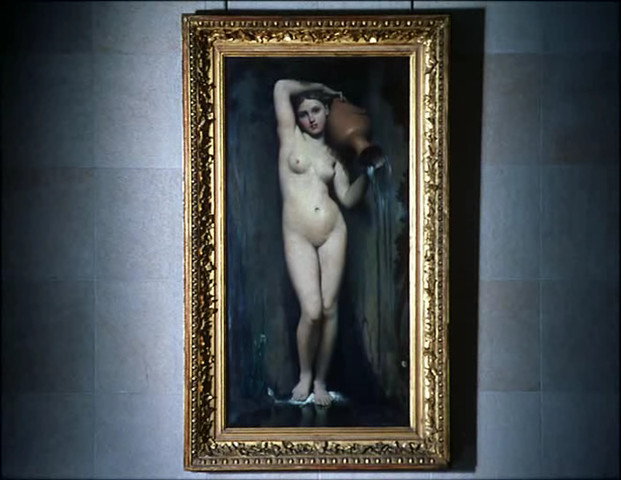 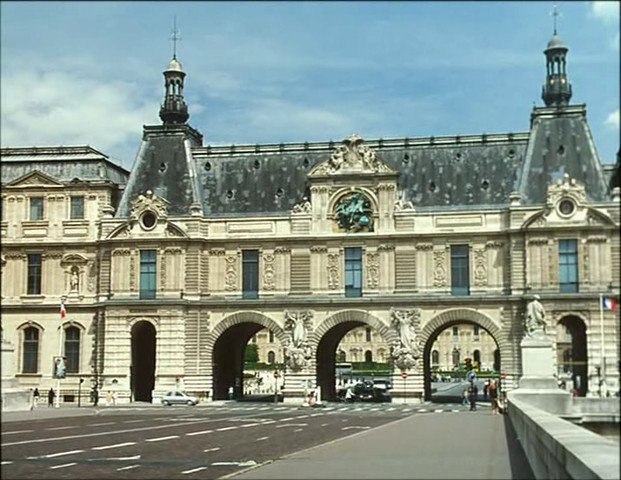 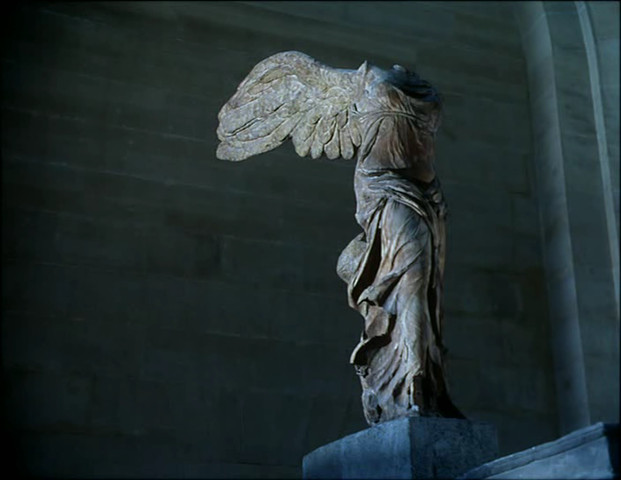