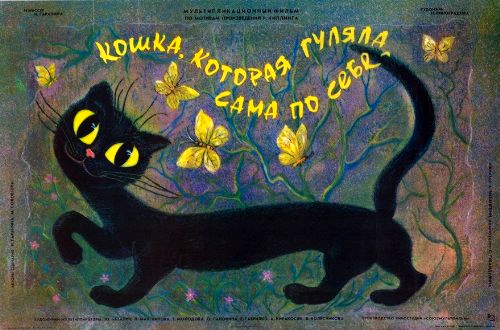 Quote:
Virtually unknown nowadays, even in its home country of Russia, The Cat Who Walked by Herself is an endearing children’s film directed by Ideya Garanina and produced at the Soyuzmultfilm studio. It is based upon Rudyard Kipling’s short story “The Cat that Walked by Himself,” which was first published in 1902. As far as I’ve been able to tell, the film uses a variety of animation techniques, including puppetry, stop motion and traditional animation, blending it all into an interesting tale of the origin of the civilised human and his millenia-long partnership with several species of domesticated animal. The story is narrated by a seemingly omniscient cat, who reminds a young child of an agreement struck long ago by the Cat and the Woman. The voice of the feline (whom, having absolutely no knowledge of Russian, I have been unable to identify) is a brilliant narrator, her voice at once carrying a sense of quiet arrogance, pride, dignity and everlasting knowledge.

Just as the Cat recounts, there was once a time when every animal was wild. Even Man (voiced by Nogon Shumarov), who was endowed with such slowness that he was a terrible hunter, lived in squalid conditions, always hungry for more food. However, the arrival of Woman (Valentina Ponomaryova) had the effect of civilising the dirty and rather dim male. After finding her husband a nice cave in which to dwell, the cunning Woman hatches a scheme to further improve their lives. By calling upon the almighty elements around her (fire, the Sun, the Moon) with a sort of mystical chant, she entices various animals to attach themselves to mankind in exchange for something they desire. For the dog, it is the leftover bones from dinner; for the horse, it is mouthfuls of delicious hay; for the cow, it is protection from predators. All the while, the quietly calculating cat – “who always walked by herself” – observes from the shadows and declares the foolishness of the animals who are surrendering their freedom.

This film is certainly not a masterpiece, but there are snatches of definite brilliance in many scenes throughout the short 70-minute running time. For example, the sequence detailing the extinction of the elegant quagga, at the hands of merciless human hunters, was heartbreaking to watch. My favourite scene would probably be the one in which the Cat attempts to understand why a cow’s milk is pure white; it is such a wondrous flurry of colours, as the feline plummets through flocks of vibrant birds, butterflies and flowers in search of the possible answer. I much preferred the scenes with the animals rather than the humans, since I’ve never been a huge fan of puppet animation, and these segments seem much more dated than the others. Nevertheless The Cat Who Walked by Herself is an interesting film that I’m glad I watched. 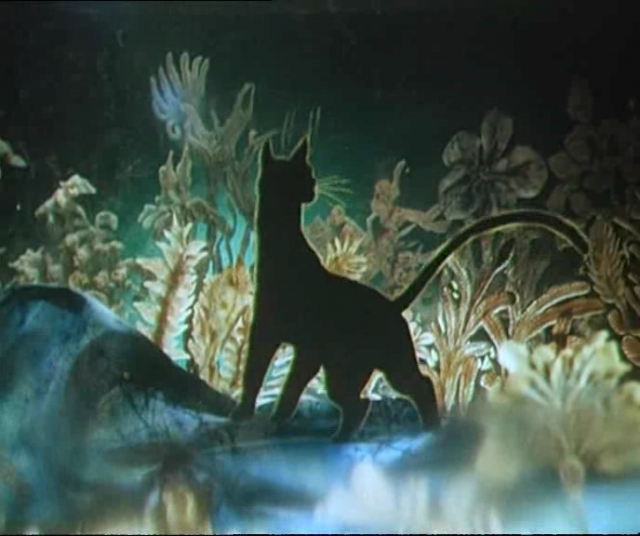 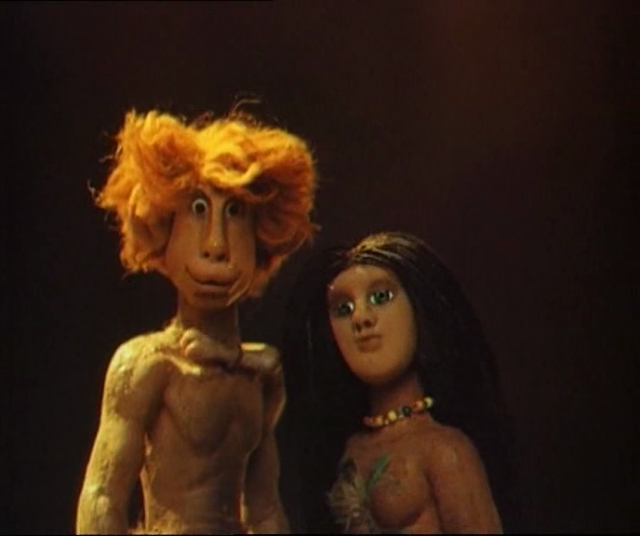 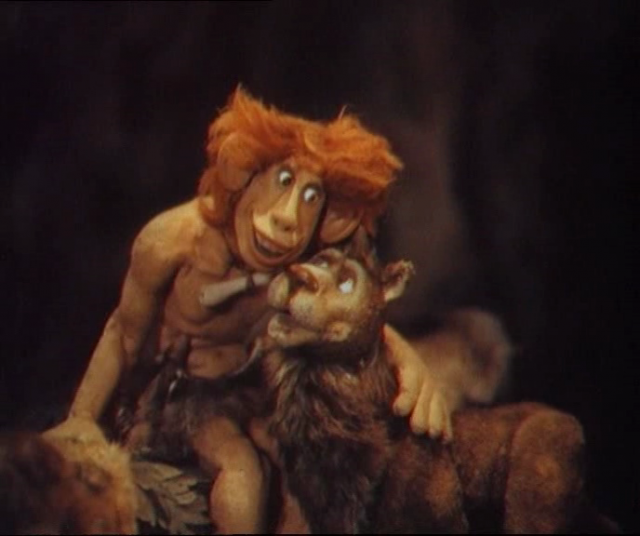 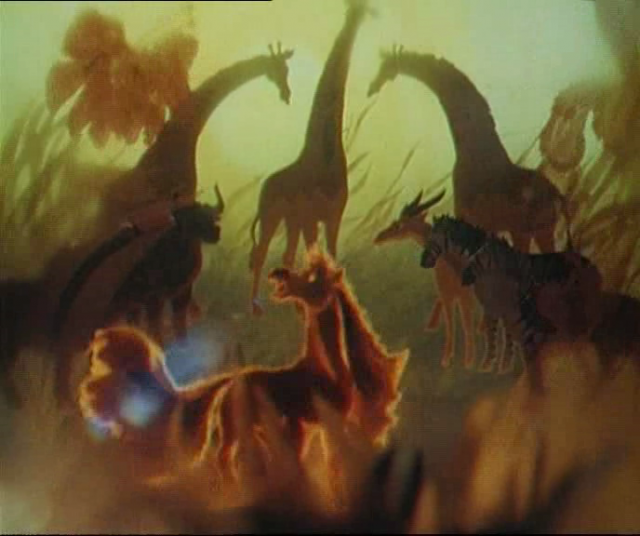 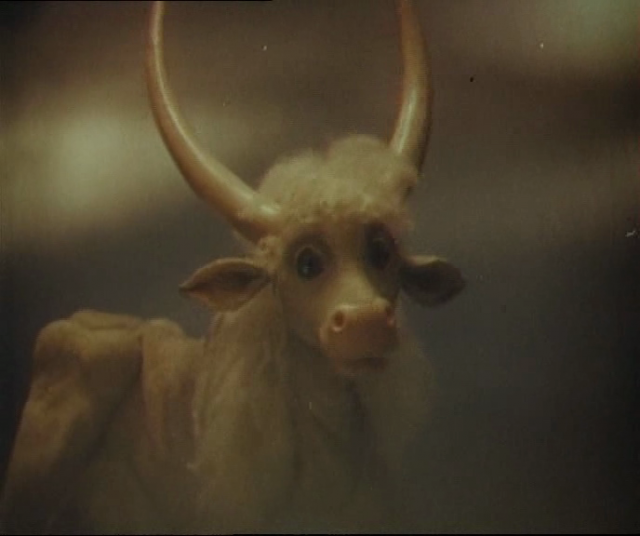