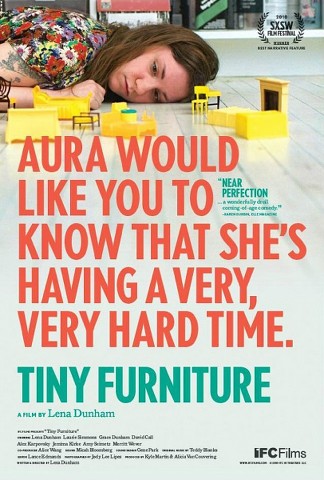 Lena Dunham got her start making YouTube videos, but she emerged as a major talent thanks to the breakthrough success of this exceptionally sharp comedy, which garnered the twenty-four-year-old writer-director-actor comparisons to the likes of Woody Allen. Dunham plays Aura, a recent college graduate who returns to New York and moves back in with her mother and sister (played by the filmmaker’s real-life mother and sister). Though Aura is gripped by stasis and confusion about her future, Dunham locates endless sources of refreshing humor in her plight. As painfully confessional as it is amusing, Tiny Furniture is an authentic, incisive portrait of a young woman at a crossroads.