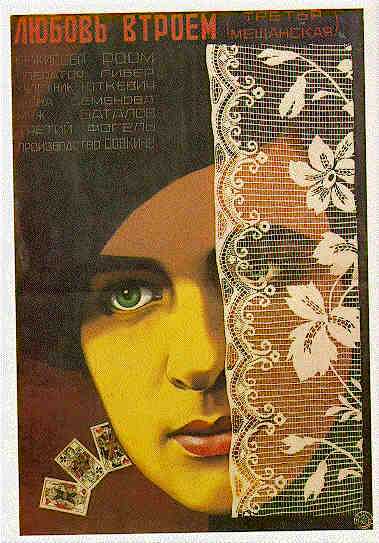 A married couple have a small apartment in Moscow. When an old friend of the husband’s arrives in the city, he is unable to find lodgings. Kolia, the husband, invites his friend to move in with them. While Kolia is away on business, sensual Liuda and attractive Volodia fall in love and have an affair. After his initial outrage, the husband calms down. Kolia winds up on the sofa, and the three settle into a menage-a-trois until the wife finds herself pregnant. The two men are trying to decide what to do, but Liuda is strong enough to make her own decisions. Considered a landmark film because of humor, naturalism, and its sympathetic portrayal of the woman.

Although Sergei Eisenstein gets the lion’s share of the ink spilled on Russian silent cinema, there were of course quite a few other significant filmmakers creating interesting dramas on both large and small scales. This new disc produced by David Shepard’s Film Preservation Associates features an intimate domestic drama by director Abram Room (1894-1976) from the end of the silent era.

Husband and wife Kolya (Nikolai Batalov) and Liuda (Liudmila Semyonova) live in a Moscow basement apartment. Vlodya (Vladimir Fogel), an old war comrade of Kolya’s, comes to Moscow but is unable to find a place to live. Kolya invites him to take the sofa as his kingdom. But when Kolya must go on a business trip, sparks begin to fly between Vlodya and Liuda, leading to tensions in the household of three and a shifting of allegiances between the various couplings.

The acting is highly naturalistic, complementing Room’s objective camera. The men have a childish character about them (emphasized by the use of diminuitives of the actors’ own names for the characters), especially in contrast to the often oppressed life of Liuda. Even after the love triangle has become apparent, the men still treat each other as boys, playing checkers rather than attending to Liuda’s needs. Liuda seldom leaves the basement apartment at all during the running time, emphasizing the trapped feeling that’s made worse by Kolya’s frequently contemptuous treatment of her. When Vlodya, in an attempt to spoil her a bit, takes her for a brief airplane ride, the exhilaration and freedom introduced into her life is palpable; even though she earlier demonstrated dislike for him it’s easy to see why he begins to appeal to her. The relationships develop in an unforced and credible manner.

The visuals are engaging throughout, with a good deal of the use of mirrors and blocking of characters to emphasize mood and the narrative thrust. Indeed, there are very few intertitles and few are needed, as the visual storytelling is more than enough to carry matters along. The triangle is often depicted visually as well, with the two men onscreen while Liuda’s picture on the wall hovers between them. When matters reach their head, Liuda significantly removes the picture from the frame and places it back on the wall, signalling an abrupt change in the relationship, this time for good.

Bed and Sofa was controversial at the time of release, especially since it really just focused on human relationships. The state and the party are almost disregarded; indeed, Kolya at one point declines to go to a Party meeting, which surely must not have pleased the Party apparatus. The resolution is ambiguous and also comes about without the involvement or even input of the collective, which was another strike against it. For modern audiences, the welcome absence of such polemic helps make this a watchable film today.

This two-disc set features two complete versions of the film; the first disc contains the picture with English intertitles and superimposed overlays translating the necessary Cyrillic into English. The second notably provides the original version, complete with Russian intertitles and unaltered, which will certainly be appreciated by Russian speakers, and will also provide some authenticity to those familiar with the film, and as noted above, once you understand the basic situation, the titles are hardly necessary anyway. This is a welcome and commendable step. 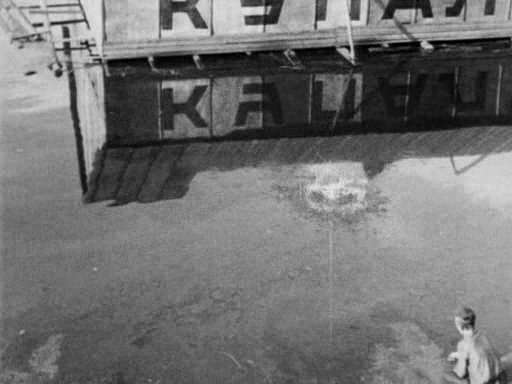 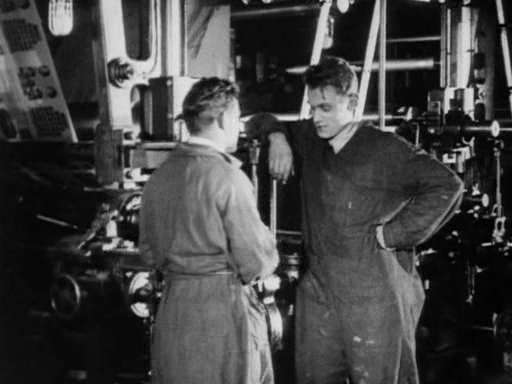 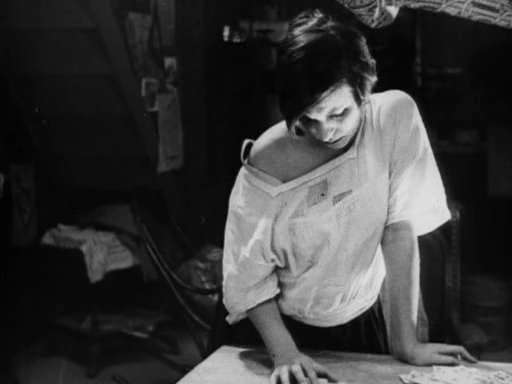