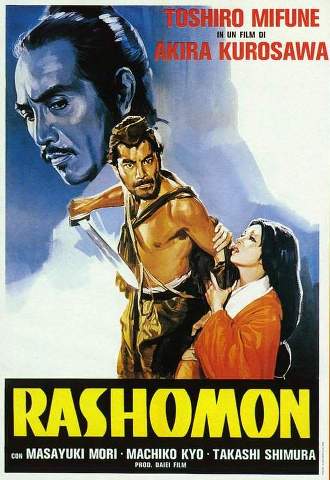 As the film opens, three characters seek shelter from a driving rainstorm (it never sprinkles in a Kurosawa film!) beneath the ruined Rashomon gate that guards the southern entrance to the court capital. As they wait for the storm to pass, the priest (Minoru Chiaki), the woodcutter (Takashi Shimura), and the commoner (Kichijiro Ueda) discuss a recent and scandalous crime––a noblewoman (Machiko Kyo) was raped in the forest, her samurai husband (Masayuki Mori) killed as a result of either murder or suicide, and a thief named Tajomaru (Toshiro Mifune) was arrested for the crime. 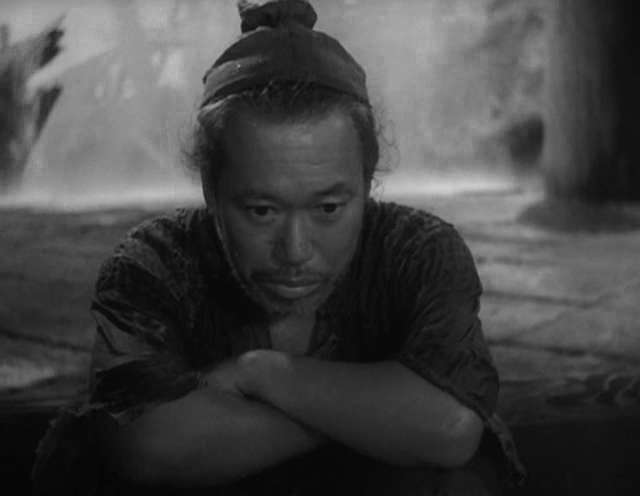 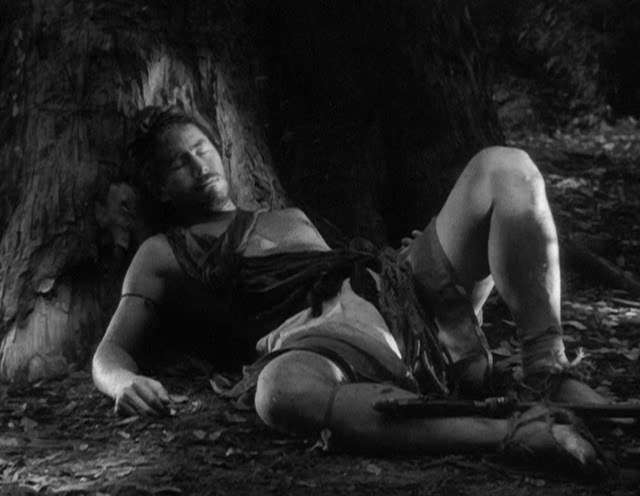 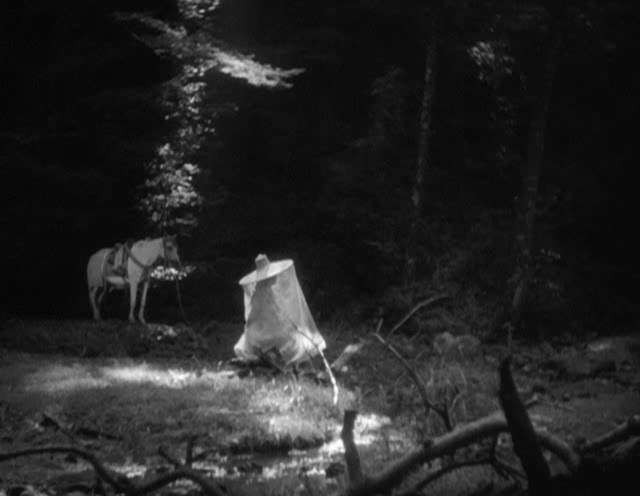 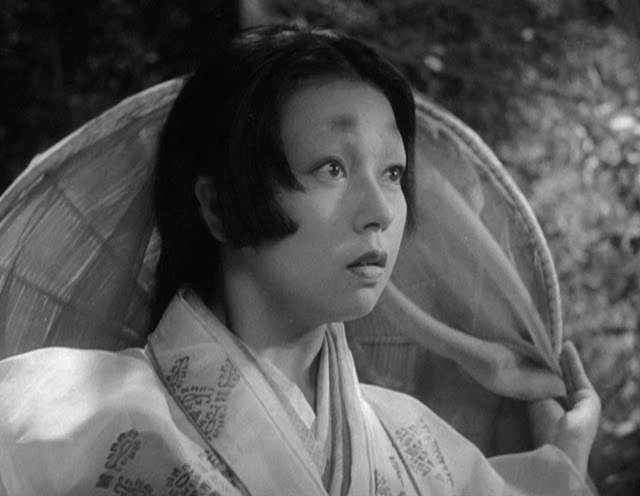 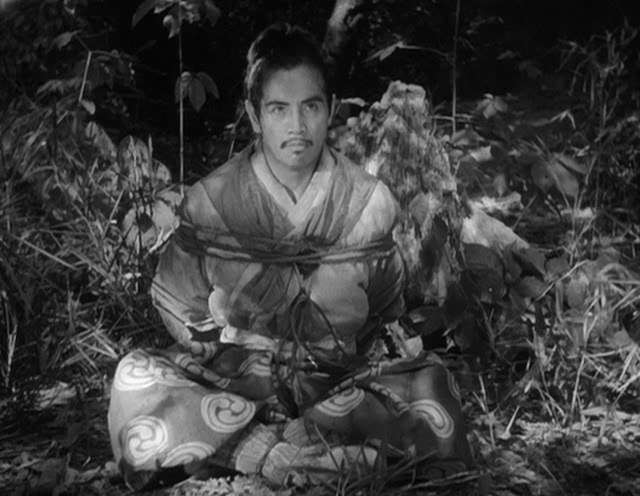