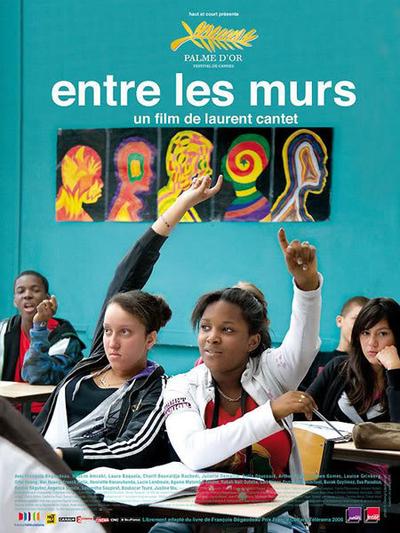 Cannes Palmes d’Or winner ‘The Class’ follows a year in the lives of a class of junior high students who present a microcosm of society.

A fully sustained immersion in the academics, attitudes and frequent altercations of a group of junior high school students, “The Class” marks Laurent Cantet’s return to the sharply observed social dynamics and involving character drama that distinguished his 1999 debut, “Human Resources.” Talky in the best sense, the film exhilarates with its lively, authentic classroom banter while its emotional undercurrents build steadily but almost imperceptibly over a swift 129 minutes. One of the most substantive and purely entertaining movies in competition at Cannes this year, it will further cement Cantet’s sterling reputation among discerning arthouse auds in France and overseas.
Workshopped extensively with nonpro tykes at a Paris school in a manner not dissimilar to Mike Leigh’s improvisatory style (or that of “Human Resources”), “The Class” is a loose but full-bodied adaptation of Francois Begaudeau’s 2006 novel documenting a year in the life of a classroom, “Entre les murs.” French title translates to “Between the Walls”; fittingly enough, the film’s roving HD cameras never once leave the school grounds and only rarely leave the classroom, which is presented here as a microcosm of cultural, intellectual and aspirational differences.

Begaudeau himself plays teacher Francois Marin, a handsome, charismatic thirtysomething whose playful, bristling approach — marked by sardonic humor, a Socratic interrogation method and sometimes feigned, sometimes genuine exasperation — seems an appropriate way of dealing with his often unruly and inattentive students. While the class has its share of diligent, well-behaved pupils like Asian immigrant Wei (Wei Huang), who speaks assuredly despite his less-than-perfect French, it’s the troublemakers who leave the most vivid impression.

And there are plenty: Esmeralda (Esmeralda Ouertani), whose impudent tone is signaled by her prominent front teeth; moody Khoumba (Rachel Regulier), who comes to resent what she perceives as Francois’ grudge against her; and, most volatile of all, rebellious Souleymane (Franck Keita), who uses his Malian background as a social shield, indifferent to all attempts to improve his behavior and study habits.

Even if the film didn’t develop dramatically, the robust, extended discussions between teacher and students — captured via fly-on-the-wall lensing and edited to convey a sense of the classroom as a living, breathing human ecosystem — alone could provide hours of boisterous entertainment and observational interest. While the average classroom probably isn’t this consistently amusing, the frequent, noisy interruptions and reams of overlapping dialogue (shaped by Cantet, co-scribes Begaudeau and Robin Campillo and the young thesps themselves) make for an invigorating viewing experience that always rings true.

Allergic to phony melodrama or tidy endings, Cantet at times deliberately misleads the viewer, introducing developments and characters that add texture and nuance without taking the film in a clear narrative direction; as such, pic reps a fine companion-piece to Gallic classroom docu “To Be and to Have” and a welcome corrective to Yank dramas like “Dangerous Minds.” When the central conflict finally arises, it’s handled gradually, realistically and in a way that expands the pic’s scope to include the students’ parents and the school’s administrative staff.

In a terrific screen debut that leaves plenty of room for his co-stars to shine, Begaudeau comes across as a likeable, admirably confident but flawed authority figure, subtly revealing how Francois’ engaging style can conceal a sensitive, immature streak. Pic succeeds as both a character study and an inquiry into the proper parameters of education and discipline that should resonate in urban schools on both sides of the Atlantic.

Modest but excellent tech package testifies to Cantet’s seriousness, which, fortunately, does not preclude his winning sense of humor.