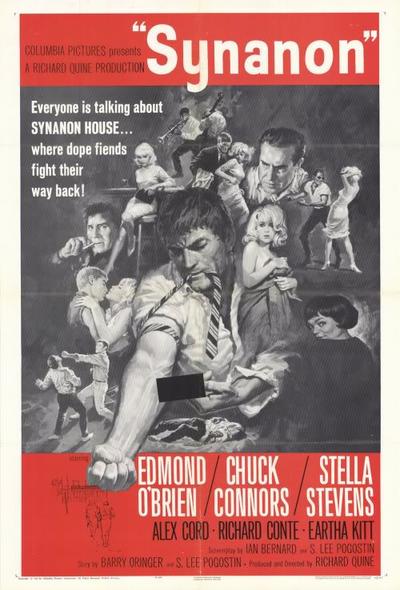 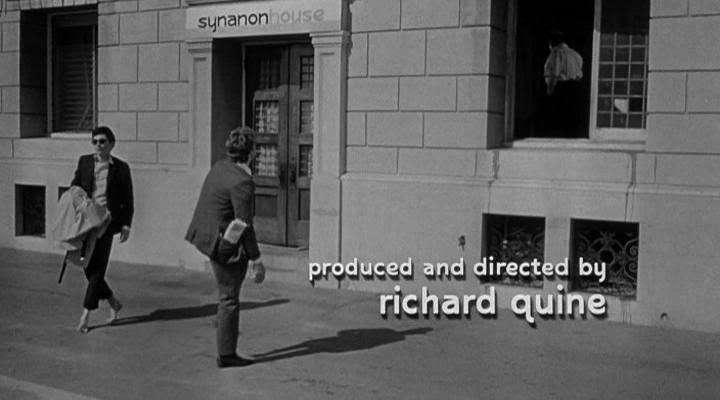 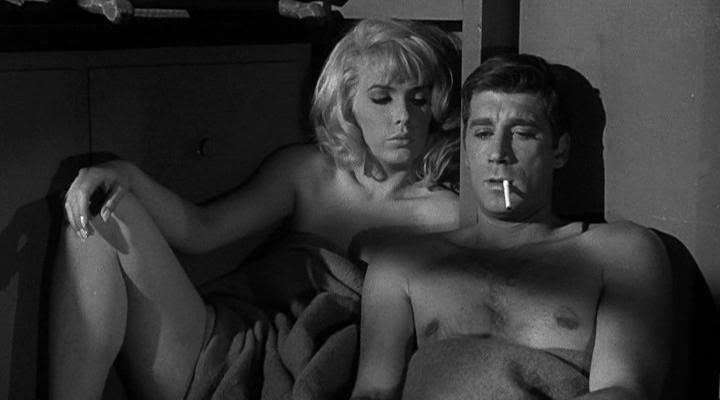 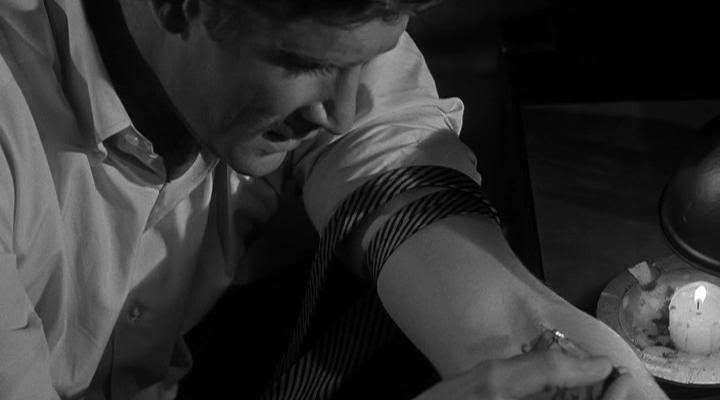 Review By A.H. WEILER
Published: May 6, 1965
“THE despair and doom of drug addiction, which has served as source material for a variety of startling films, is the gritty stuff out of which a hopeful “Synanon” has been synthesized. Richard Quine, who produced and directed this new arrival at the Capitol and other theaters around town, has glaringly spotlighted residents of this West Coast haven for the dope and alcohol enslaved, with results that are arresting and informative. If “Synanon” is not continuously inventive or dramatic, it is an unglamorized saga that is as cheering as it is serious.

“In concentrating on the work being done at Synanon House, whose leaders claim a much higher rate of success than hospitals—and have been criticized by some medical men for it—the focus of the director and his writers is as sharp as a hypodermic and as relentless as the habit itself. Unfortunately this quietly persuasive, and occasionally sordid and comic story of life among the driven is sometimes artless. The dedication of this company is all too apparent. Now and again this devotion makes for moving effects.
“Mr. Quine and his troupe achieved authenticity and a documentary quality simply by filming their story at the actual Synanon House on the beach at Santa Monica, Calif., where these experiments in saving stricken souls was started in 1959 by Charles E. Dederich, a reformed alcoholic. Reportedly actual case histories were woven into the fictionalized script, and some real residents were used in minor roles to illustrate intertwined sagas of regeneration and, in one instance, tragedy. 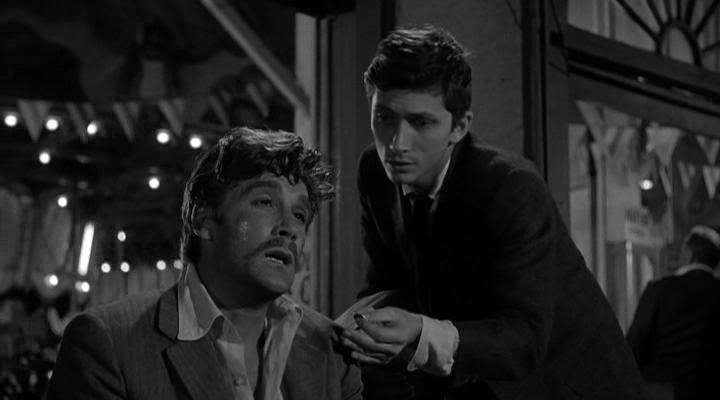 “The central story concerns Alex Cord, a young, ex-convict-addict who falls in love with Stella Stevens, a shapely blonde young divorcée and mother. Their liaison finally ends in death for him, and for her a return to the sanctuary of Synanon. Interlocked with their affair are the trials of other residents such as Chuck. Connors, who is compelled to keep from temptation Mr. Cord, with whom he has tangled in jail previously, and Miss Stevens. 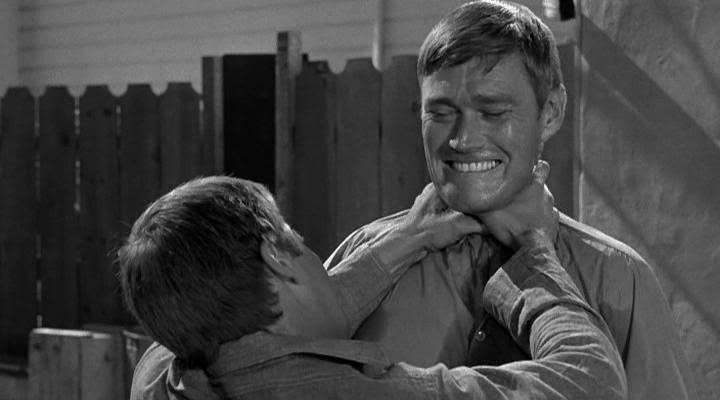 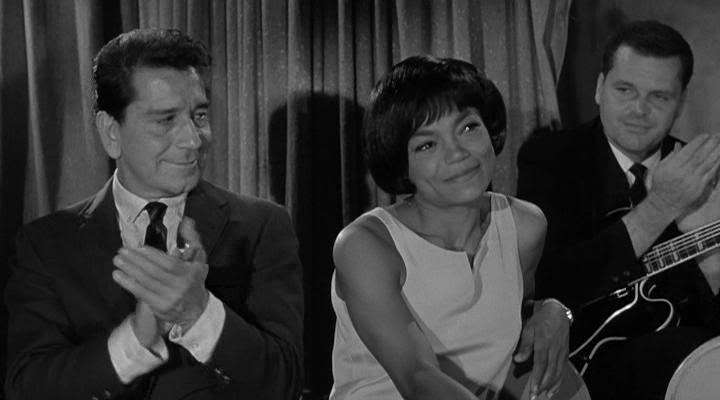 “There are brief revelations about Eartha Kitt, also an ex-prostitute and now a leader at Synanon; about Richard Conte, also a director of this community. But central to the theme of the film are the seminars—Synanon, it is explained, was derived from one resident’s inability to pronounce “seminar” — that are the simple basis of the healing process. 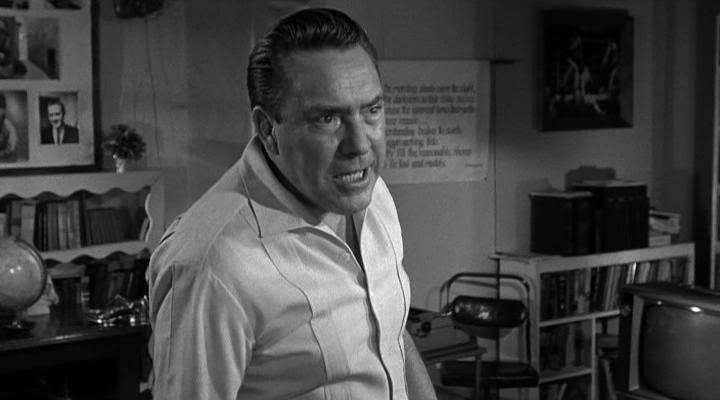 “In tough, realistic style, Edmond O’Brien, portraying Chuck Dederich, makes the treatment lucid. Synanon is no hospital, no jail. It is, he declares, “no pills and no lying to yourself.” And, residents, in talking things out in groups, similar to Alcoholic Anonymous sessions, can manage to rid themselves of the dope hunger. Mr. Quine and his writers have not made everything clear, however. One wonders about Mr. O’Brien’s tussles with the civic authorities and the manner in which Synanon House and its residents meet expenses. These are matters that are glossed over or implied. 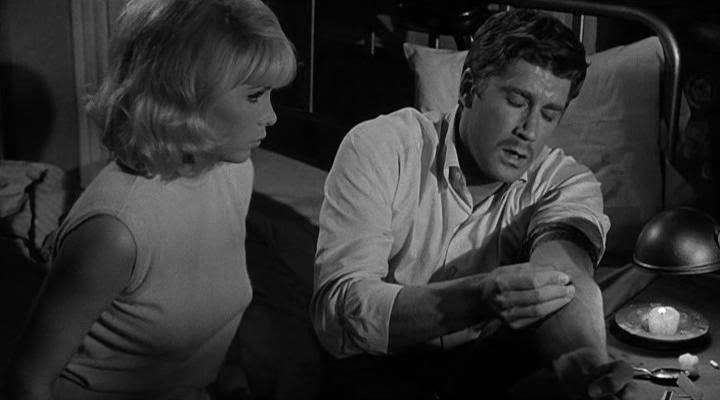 “After “The Man With the Golden Arm,” the scenes showing Alex Cord shooting the dope that kills him are merely melodramatic, but the performance of this roughly handsome newcomer is naturalistic and convincing, as are the portrayals of Richard Evans, as his hopped-up pal; Miss Stevens, as his love-harried girl; Bernie Hamilton, as a trusted inmate who succumbs momentarily to narcotics, and Richard Conte and Miss Kitt, as Mr. O’Brien’s aides. 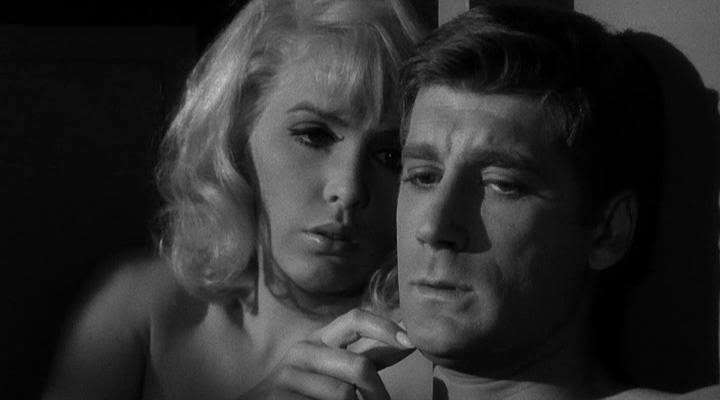