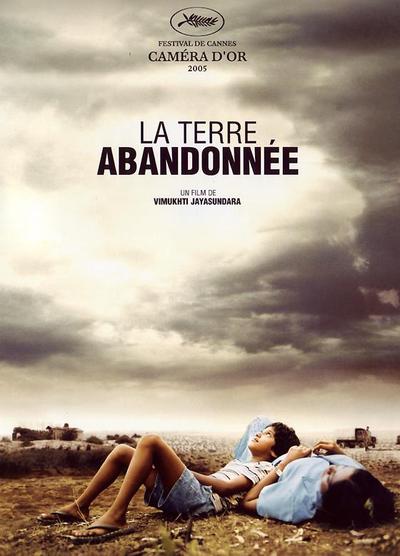 ‘The Forsaken Land’ Tells the Tale of Sri Lanka’s Walking Wounded
By MANOHLA DARGIS (The New York Times)
Published: June 23, 2006
Some films offer up their mysteries openly; others, like the quietly affecting Sri Lankan film “The Forsaken Land,” keep their secrets close, revealing them gradually shot by shot, scene by scene. Directed and written by the young Sri Lankan filmmaker Vimukthi Jayasundara, this fine first feature takes place on a desolate stretch of wind-swept coast far from the big city and much of anything else that might evoke the modern world. Here, amid the swaying palms and an occasional pool of blood, men and women drift through life as if they were ghosts, casualties of a civil war that hangs over them like a curse.
Among these walking, if rather taciturn, wounded is a serviceman, Anura (Mahendra Perera), who, when not patrolling the nation’s home front, is pointedly ignoring the tension crackling at his own house between his wife, Lata (Nilupili Jayawardena), and sister, Soma (Kaushalya Fernando). The women in turn do their best to ignore each other while seeking companionship elsewhere: the wife, a restless, succulent beauty who wouldn’t be out of place in a Tennessee Williams play, retreats into another man’s arms, while her sister-in-law keeps tabs on a young neighborhood girl, Batti (Pumidika Sapurni Peiris), for whom life is an obstacle course marked by poison and grasping old men. Here, when a child asks if she will live to see adulthood the question seems tragically reasonable.
Mr. Jayasundara studied film in France and has probably watched his share of classic European art cinema. Although his influences may originate closer to home (in interviews he has name dropped the venerated Sri Lankan auteur Lester James Peries), his use of landscape to convey states of mind suggests that he has more than a passing acquaintance with the work of Michelangelo Antonioni. Like Mr. Antonioni, who once dyed grass in one of his films to underscore “the sense of desolation, of death,” Mr. Jayasundara uses color both to create an enveloping mood and to underscore the medium’s plasticity. Given that Sri Lanka’s horrific history could easily overwhelm even the boldest aesthetic voice, this expressionistic gambit seems as smart as it may be necessary.
Although this highly stylized approach sometimes verges on the decorative or perhaps just youthfully self-conscious (an old man wades into water so vividly blue it might as well have been painted by Yves Klein), it generally works to the filmmaker’s advantage. An image of bullet casings shifting in the sand and shots of a military tank creaking through the tall grass like some otherworldly creature, both of which the filmmaker shoots in dusky light, create a sense of menace that never disappears even in the full light of day. Given that this is a world in which a man can be roused from his sleep and ordered by a military officer to beat a stranger to pulp, it’s no wonder.
Still, while there’s death in the air there is also plenty of heat. Eros and Thanatos keep company in “The Forsaken Land,” which is filled with the kind of frantic coupling that alternately suggests a doomsday scenario (you have five minutes left, go!) or a passionate affirmation of life. It’s hard to know which the filmmaker means, perhaps both, though it’s nice to imagine that what looks like a drowning hand in this case may actually be waving with wild abandon. One way or another, even the possibility of pleasure invests this melancholic story with a glimmer of hope, a glimmer that lingers despite its grim denouement and even despite the unsettling objections of those Sri Lankan military officials who designated the film propaganda for the Tamil Tigers.
Mr. Jayasundara, it is worth mentioning, currently lives in Paris. 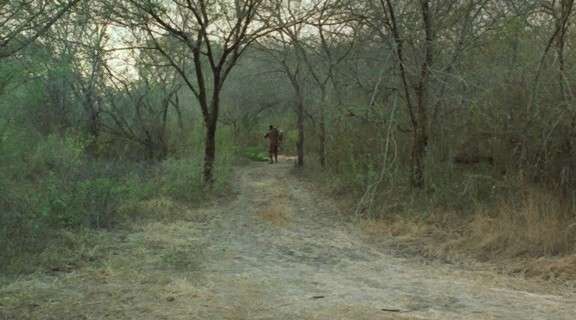 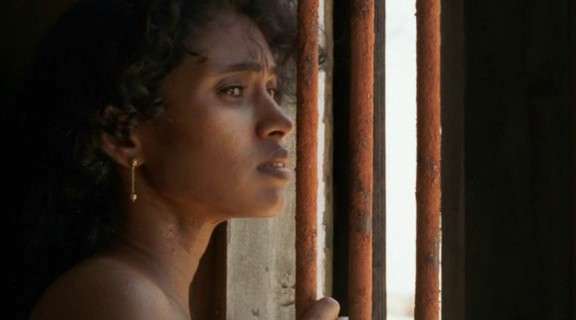 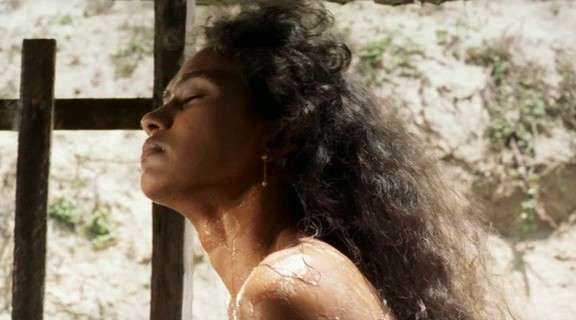 The Forsaken Land Wins at CannesArts and Entertainment

Director Vimukthi Jayasundara this past May became the first Sri Lankan to ever win the prestigious Camera d’Or award for Best First Film, or any award for that matter, at the world reknowned Cannes Film Festival for his Sinhalese language film Sulanga Enu Pinisa (The Forsaken Land).

Jaysundara, who was trained trained at the Institute of the Cinema and Television of Pune, in India, shares the award at Cannes with an American, Miranda July for her work, Me And You And Everyone We Know.
When asked to talk about the film, Jayasundara said,
“If The Forsaken Land has something to do with my country’s history, it is especially through its conveyance of the suspended state of being simultaneously without war and without peace – in between the two. I wanted to capture this strange atmosphere… For me, filmmaking is an ideal vehicle for expressing the mental stress people experience as a result of the emptiness and indecisiveness they feel in their lives. With the film, I wanted to examine emotional isolation in a world where war, peace and God have become abstract notions.”

The Museum of the Moving Image takes a chance in giving a short run to a more low-key, avant-garde wartime drama, Vimukthi Jayasundara’s The Forsaken Land. Winner of the Camera d’Or at the 2005 Cannes Film Festival, the Sri Lankan feature is a studied piece that opens with a single tank arriving at dawn in a deceptively tranquil war zone, a rural purgatory populated by a single family—two sisters, a child, and the man of the house, conscripted to home duty. The mysterious troop deployments around this deadpan quartet accentuate the sense of alienation.
Although the decades-long civil war between the Sri Lankan government and the Tamil Tigers is in relative abeyance, years of violence have precipitated a breakdown in conventional behavior patterns—resulting in civilian suicides, adulterous sex, and participation in summary executions. Beautiful but withholding, The Forsaken Land doesn’t offer much in the way of explanation—the soundtrack features more birdcalls than dialogue—but the 27-year-old filmmaker’s command of film language is evident and his evocation of postwar trauma is haunting. (The Village Voice) 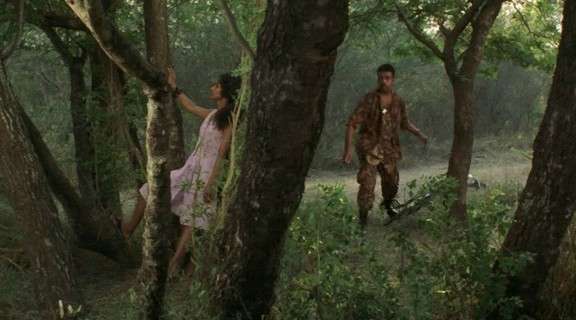 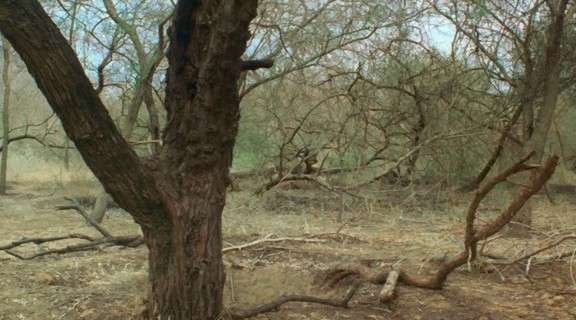