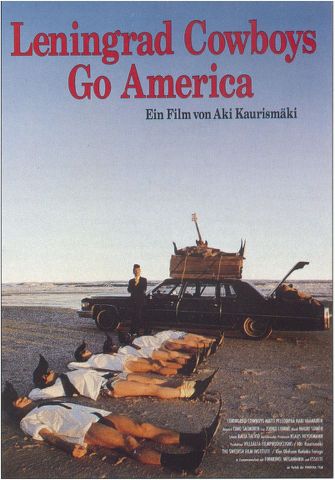 Somewhere in the tundra lives the worst rock and roll band in the world…. Aki Kaurismäki`s hilarious road movie follows the fortunes and misadventures of a struggling Siberian rock band, the Leningrad Cowboys.

A local promoter, stunned by the band`s lack of talent, advises them instead to try their luck in America. Accompanied by their autocratic manager, the Cowboys travel to New York, learning English on the plane. Sporting outsixe Quiffs, dark shades and outrageously long winkle-pickers, they are passed off as Americans. Jim Jarmusch, in a cameo role as a shifty car salesman, sells them an old Cadillac. The band strap their frozen bass player to the roof in a coffin full of beer, and head south…. 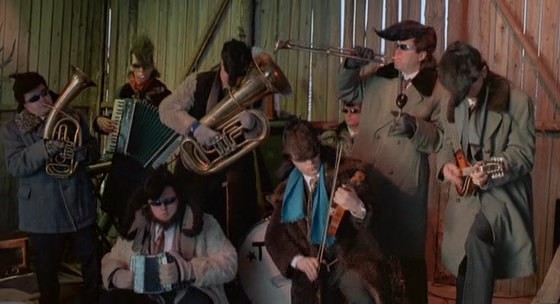 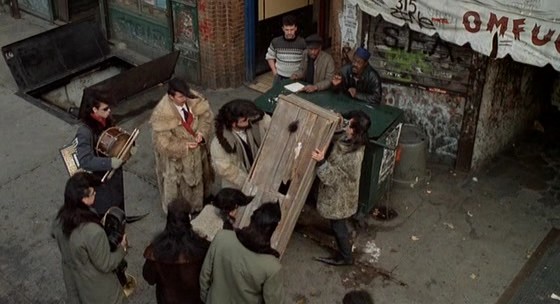 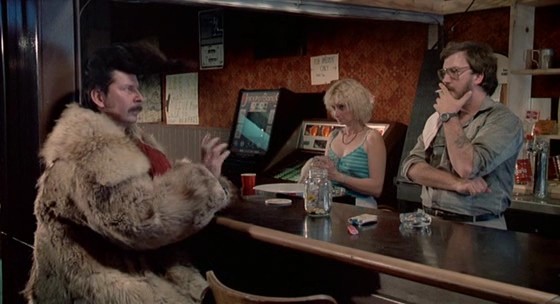 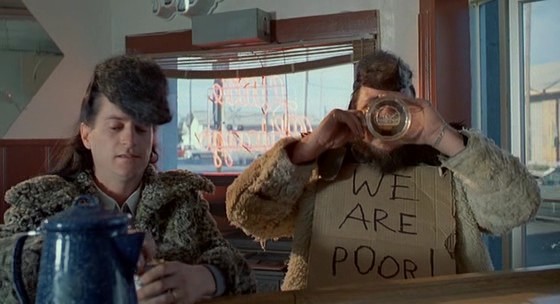 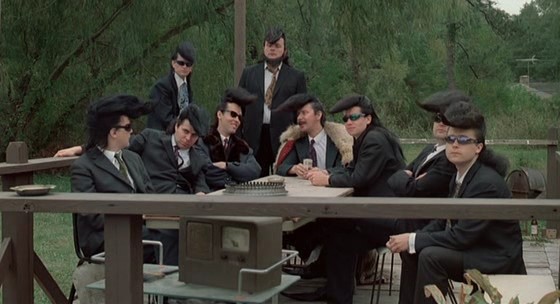 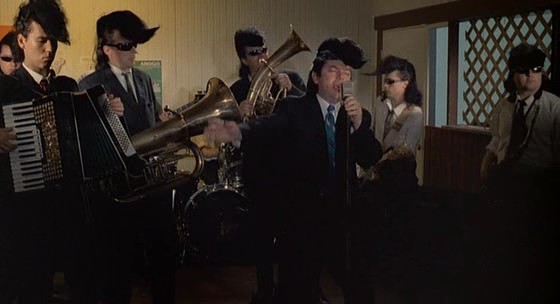 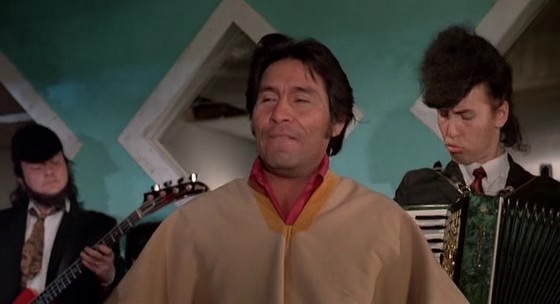