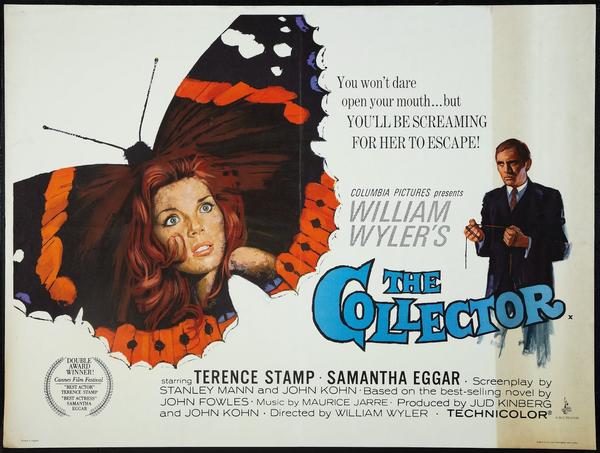 Quote:
John Fowles’s novel The Collector was written in the form of a dual diary, one kept by a kidnapper, the other by his victim. The film is told almost exclusively from the point of view of the former, a nerdish British bank clerk named Freddy Clegg (Terence Stamp). A neurotic recluse whose only pleasure is butterfly collecting, Clegg wins $200,000 in the British Football Pool. He purchases a huge country estate, fixes up its cellar with all the comforts of home, then kidnaps Miranda (Samantha Eggar), an art student whom he has worshipped from afar. The demented Clegg doesn’t want ransom, nor does he want to rape the girl: he simply wants to “collect” her. She isn’t keen on this, and tries several times to escape. After several weeks, Clegg and Miranda grow increasingly fond of one another, and Clegg promises to let her go. When time comes for the actual release, however, Clegg decides that Miranda hasn’t completely come around to his way of thinking and changes his mind, leading to a further series of unfortunate events. 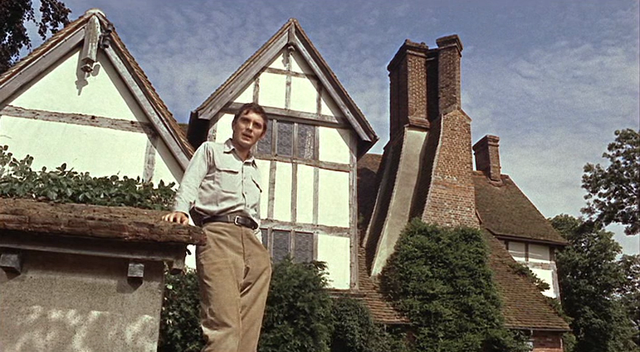 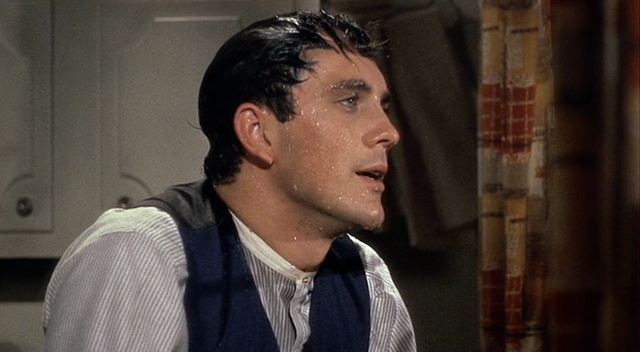 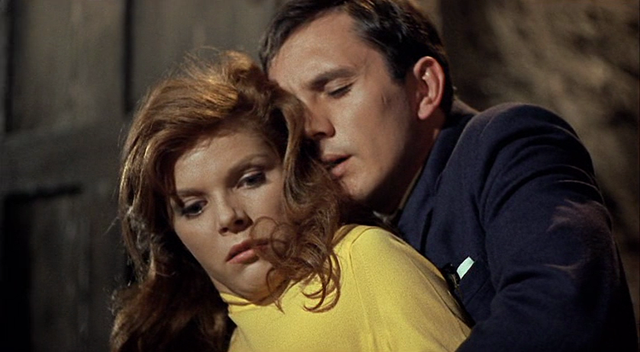 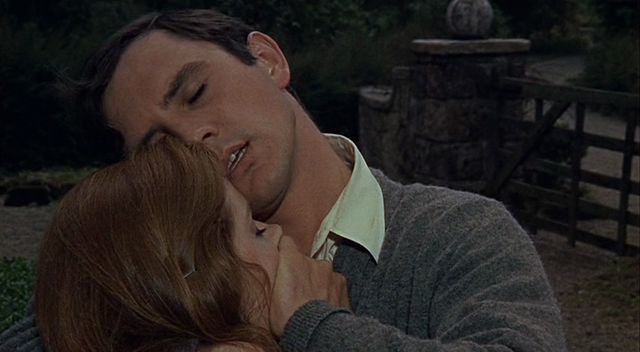 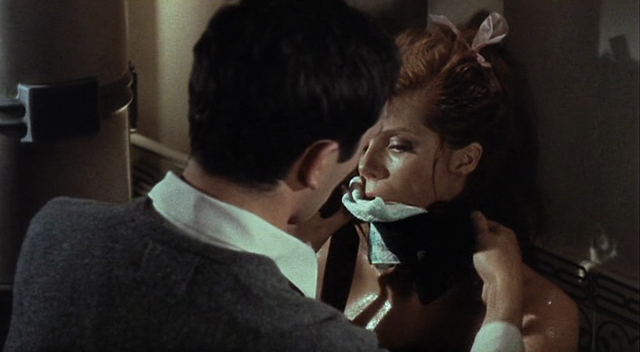 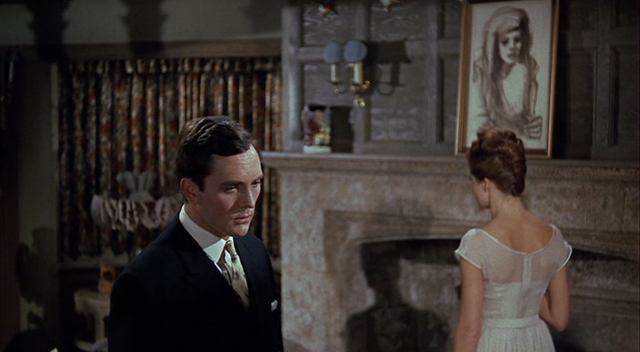 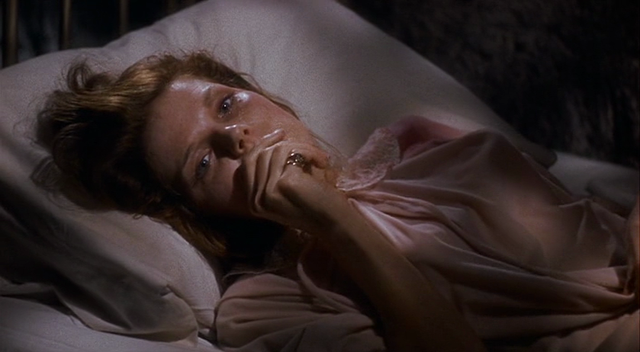