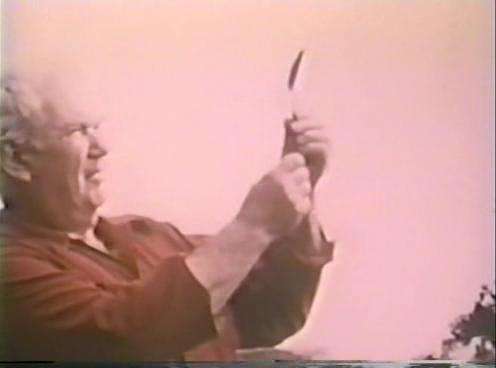 Quote:
A masterpiece of experimental film and a projection of the surrealist vision into cinema by its outstanding artists. Described by Richter as “part Freud, part Lewis Carroll,” it is a fairy tale for the subconscious based on the game of chess. This chess-sonata is played by a host of artists including Paul Bowles, Jean Cocteau, Julian Levy, Jacqueline Matisse, Jose Sert, Yves Tanguy, Marcel Duchamp, Max Ernst and Alexander Calder. “What interested me is the poetry of images, the melody and rhythm of forms and colors” (Hans Richter).

Quote:
Eight by Eight “A Chess Sonata in 8 Movement”, with music by John Latoche and Oscar Brand, is the second of Richter’s elaborate cinematic collaborations. Richter pays homage to Lewis Carroll’s use of chess in Through the Looking Glass. Using humor and chance, Richter creates a heavily symbolic, surreal world where kings, queens, and other players on the chess board act out some of life’s episodes. Included are sculptor Alexander Calder constructing mobiles and setting them to motion, painter Max Ernst pursuing his wife, Dorothea, through the canyons of lower Manhattan and a rocky western landscape in an overplayed domestic struggle, and writer Jean Cocteau playing a pawn who whimsically becomes a queen. Eight by Eight is an imaginative journey through the symbols and satire of Surrealism.

Quote:
EIGHT BY EIGHT or “A Chess Sonata in 8 Movement”