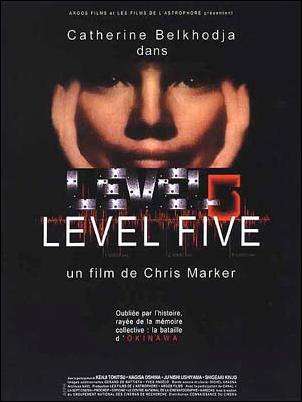 Re-view 1: Memories of a Hyperstitional Practitioner
A review of a Chris Marker ‘event’? One is never enough. Not only because Chris Marker is, as we were told this weekend more than once, more than one. But also because re-viewing, seeing again, looking back is so integral to the Marker experience.
Chris Marker is a systematic con-fuser of fact and fiction, best known for La Jetee (1962) and Sans Soleil (1982), explorations of time, memory, images and revolution (terms whose contiguity – and near synonymy – is a consistent theme of his work). The form that Marker perfected in the rightly celebrated Sans Soleil has been called the ‘film-essay’, though this does little justice to the astonishing singularity of his theory-fictional time-travelogues, which conjoin politics, pop culture and ethnography in a breathtakingly lyrical but intellectually clear-eyed plane of consistency.

The ICA conference aimed to make more visible ‘the world’s best-known unknown film-maker’: an ambition necessarily shot through with ambivalence, since Marker is – by design – a well-kept secret, a rumour mill part-composed of careful dissimulation and tactical evasion. Refusing to become a settled object of study, Marker has played cat-and-mouse with his scholarly investigators, either restricting access to his works or subjecting them to an ongoing, apparently open-ended process of revision.
‘Chris Marker’, it should be said straight away, is an assumed name, a pseudonym designating a cluster of hyperstitional trajectories rather than a biographical individual. Ian Christie began the conference by enumerating four of the masks/ personae through which the Marker-brand has propagated. First, Marker is the traveler, who, as the opening of Sans Soleil has it, is so familiar with the world’s wonders that all that interests him now is banality; second, he is the connoisseur of the East, the purveyor of a ‘semiotic orientalism’; third, the ‘anonymous militant’, the unrepentant 68er and ardent revolutionary; and fourth, the Man of the Future, he whose memory is our present. To these four personae, Catherine Lupton added a fourth: the portraitist. Marker has made a number of studies of other artists, including AK (Akira Kurosawa), The Last Bolshevik (Soviet film-maker Alexander Medvedkin), One Day in the Life of Andrey Arsenevich (Andrei Tarkovsky) and The Loneliness of the Long Distance Singer (Yves Montand). Marker, who fictionalized himself, is also a generous biographer.

Re-view 2: Memories of a Man of the Future
The fiction which Marker ‘breathes into’ the real, as Christie put it, is often science fiction; but Marker’s sf, like Ballard’s, is less fantasy-escapist than virtual-real; an exploration of the apocalyptic what-ifs mushrooming in the Cold War (and post Cold War) unconscious. La Jetee, set in the aftermath of a nuclear confrontation, came out in the year of the Cuban Missile Crisis.
But Marker is also a man of the future in the most literal sense. Marker ostentatiously fanfared his 1995 film Level 5 – which already concerned computer games and the internet – as his last. ‘Film will not have a second century,’ Marker, an early Mac enthusiast, announced as a prelude to his move from montage to mixage, from celluloid to digital memory. Fittingly for someone obsessed with the way time bends back upon itself, this step of Marker’s into the new is also a moment of ricorso, or return. Introducing the first product of Marker’s digital phase, the sprawling CD Rom ‘Immemory’, Thomas Tode showed that, as it nears the end, Marker’s career loops back to its earliest moments. Immemory’s combination of plundered and original images of exotic locations was already auditioned in the ‘Small Planet’ travel guides Marker pioneered back in the 40s. The Man of the Future is also a traveler; and not only in time.

Re-view 3: Memories of a Proustian
‘What is a Madeleine?’ So we are asked at a certain stage of our wanderings through the digital derive of Immemory, and the question is accompanied by two images: the faces of Marcel Proust and Alfred Hitchcock. A Madeleine, as Proust discovered when he dipped his cake into his tea and found himself swept back in time, is a machine for returning us to the past — or for returning the past to us.
Both Jon Kear and Patrick Ffrench drew out the Proustian dimension of Marker’s work. For Ffrench, Marker’s approach to lost time is Proustian rather than Freudian, holding out the possibility of a redemptive recovery of the past rather than asserting its continual, but repressed, insistence in a shattered present. But it’s impossible not to see Marker’s explorations of ‘the vertigo of time’ as an echo of the fusion of Freud and Proust achieved in Hitchcock’s deadly memory-vortex, Vertigo, a film with which Marker was obsessed.
Was Hitchcock making a Proustian pun when he named the object of Scotty’s amour fou in Vertigo ‘Madeleine’? If he wasn’t, Marker makes it for him in Immemory, conjoining the moment for which Proust is most remembered with the false-memory heroine of Hitchcock’s time-vortex.
Marker’s work circles around Vertigo much in the way that Hitchcock’s Scotty circles Madeleine-Judy (‘he the hunter, she the prey; or is it the other way round?’, as the text of Sans Soleil has it.) Marker reconstructed Vertigo – a film about which too much has already been written but not enough can ever be said – more than once. He called La Jetee a ‘remake’ of Vertigo, and Sans Soleil includes a sequence in which Marker revisits the San Francisco locations where Vertigo was made – and this fetishistic stalking of the film deliberately, fatally, echoes Scotty’s pursuit of Madeleine, a literally hopeless quest, since what Scotty seeks has never been present, not even in the past. Reconstructions, re-views, re-makes of a film which was, at its heart, from the beginning, about the impossibility of beginning anywhere except in the middle; which, that is to say, is about reconstructing, re-viewing, re-making something which was never there in the first place – Judy is ‘made over’ into Madeleine, transformed into the impossible past that Scotty (‘time’s fool of love’) must crazily pursue around the ‘spiral of time.’ A film about necrophilia, as Hitchcock maintained? No, no, says Marker, Vertigo is a symptomatology of the normal pathology of love. So, what is a Madeleine: that which is lost, always lost – the event itself?

Re-View 4: Memories of a Marxist
Is it possible to see all this as a poeticization of melancholy, a retreat from engagement into contemplation? Has Marker, as a speaker from the floor asked, transformed the political into the aesthetic?
Marker had his agit-prop tendencies, as some of the rare shorts shown as part of the conference demonstrated. Witness, for example, Maspero: Les Mots ont un Sens (epigraph from Gramsci: ‘the pessimism of the intellect necessitates the optimism of the will’), a study of a left-wing publisher in Paris; or A Bientot J’espere, a documentary about a month-long strike by textile workers in Besancon in 1967. Fuelled by and in turn fuelling the pre and post 68 ferment, these films were conceived of as direct interventions in concrete political struggles. 1977’s Le Fond de l’air est Rouge (A Grin Without a Cat), Marker’s epic survey of the near-revolutionary period starting just before America’s entry into Vietnam and ending a decade later with Allende’s assassination in 73, is already a less directly engaged work, haunted, as Barry Langford pointed out, by the possibility that all revolution may turn out to be phantasmatic. The film, Langford said, plays out with the tension between the alleged ‘impossibility of an experience of the world outside representation’ and the ‘vitality and urgent necessity of these “fictions of the real”’ from the point of view of any future political struggle.
So is the concern with the ontology of the image, the refusal to accept representational forms as transparent windows onto the real, the symptom of an incipient aestheticist decadence, or the mark of a political maturity? The Last Bolshevik begins with a citation from George Steiner; ‘it is not the literal past that rules us; it is images of the past.’ If images rule us – as anyone from Spinoza to Debord to Naomi Klein would accept – then the rigorous decoding of the image is, perforce, a political act.

Re-view 5: Memories of an Image-Maker
‘How do people who do not film remember anything?’ Marker asks in Sans Soleil. For Marker, Philipe Dubois said, there is no memory without an image – and, vice versa, no image without a memory. Image, Dubois suggested in a nod to Bergson, is the matter of memory. Yet there is a surplus which neither image nor memory can recover, but for which both stand in: the event itself. Image, as Jon Kear argued, outlives the event, and creates a replacement for it.
The image screens the event, turning it into a repeatable representation and hence inevitably falsifies and occludes it, removing the event from its contingency in-becoming (what could have happened) and ossifying it into Necessity (what had to happen). At the same time, the image is a reverberation of the event, material record of the event’s intensity, surviving flicker of its energy, a repotentiating machine. Two models of repetition: still-born or still-burning, passive recollection or active re-effectuation. The one leads into the dreary monumentalism of the postmodern (where everything has already happened), the other into a neo-Marxist praxis (where everything is possible again).

Re-View 6: Memories of an Archivist
More than one speaker referred to the opening of A Grin without a Cat, where a montage composed of archival footage of revolutionary street struggle and shots from Eisenstein’s Battleship Potemkin is succeeded by an interview with a tour guide who talks of the many visitors she now takes to the Odessa steps – the same steps made famous by the Eisenstein film. What was once a politically-charged image is now responsible – through its film-canonization – for transforming a real historical scene into a monument. That Marker’s examination of the near-revolutionary near-past should begin here is multiply significant: is this monumentalization the fate of everything radical? Everything happens twice (this, too, was said more than once over the course of the conference): the first time as tragedy, the second time as a tourist site. And by the second time, nothing has ever happened.
Marker is always resisting this monumentalization, this com-memoration. (Even if the ICA event, timed to coincide with the twentieth anniversary of the release of Sans Soleil , could not but initiate this mummifying process in respect of Marker himself). Marker uses postmodernity’s chief weapon – the archive – against itself, breaking the ‘event-strike’ (Baudrillard) by re-using old footage for five new purposes , which Dubois enumerated: experimentation, citation, witnessing/ proof, detournement, and poeticization. A case in point: the beginning of The Last Bolshevik, where Marker draws our attention to apparently unremarkable footage of a Romanov procession. What is that curious gesture a man towards the head of the procession is making? He is repeatedly tapping his forehead in an aggressive manner. Why? Well, Marker informs us in his commentary, the man is telling the crowd to remove their hats. Before we get to Stalin, and to all the other Soviet butchers, Marker pleads, we must think of this fat man, instructing the poor to remove their hats in the presence of the rich. Suddenly, the accepted narrative, the post-perestroika end-of-history inevitabilism, is turned on its head. Historic necessity dissolves back into contingency. Things are happening again.
To return to the event through the image; to use images to provoke new events; such is Marker’s project: an entrancing exit from these dead times.
Chris Marker: The Art of Memory was co-organized by the ICA and Roehampton University of Surrey, 16-17 November, 2002. 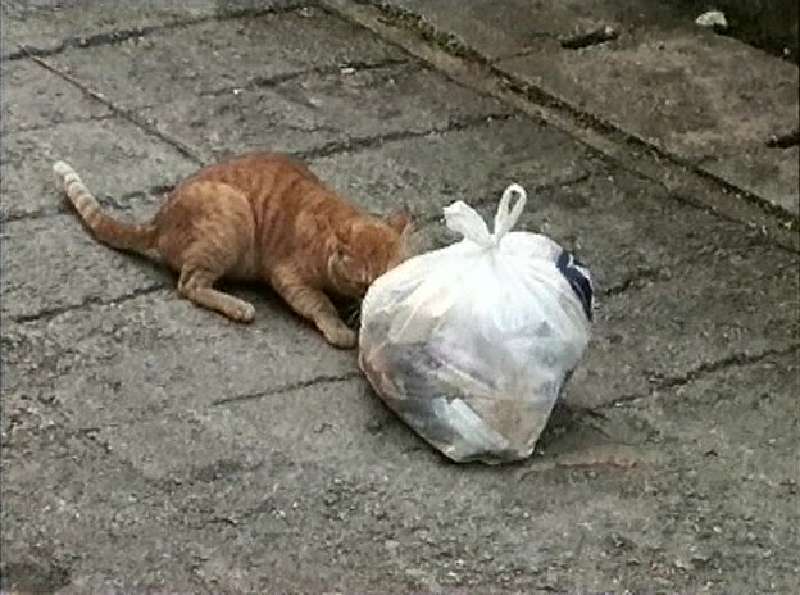 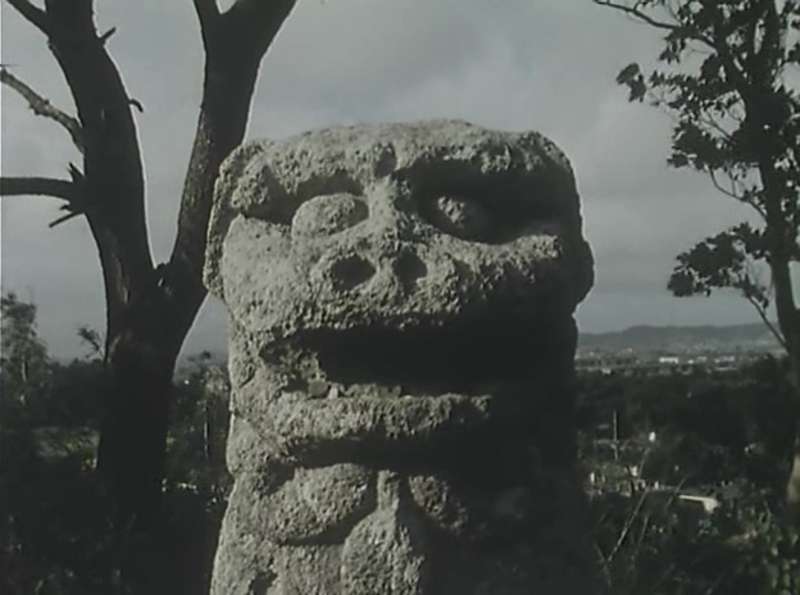 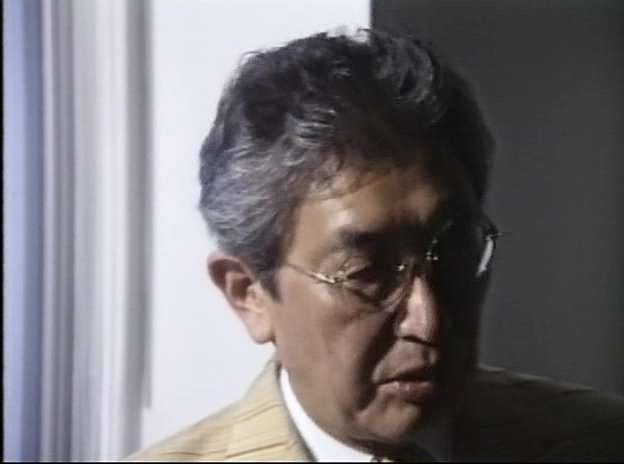 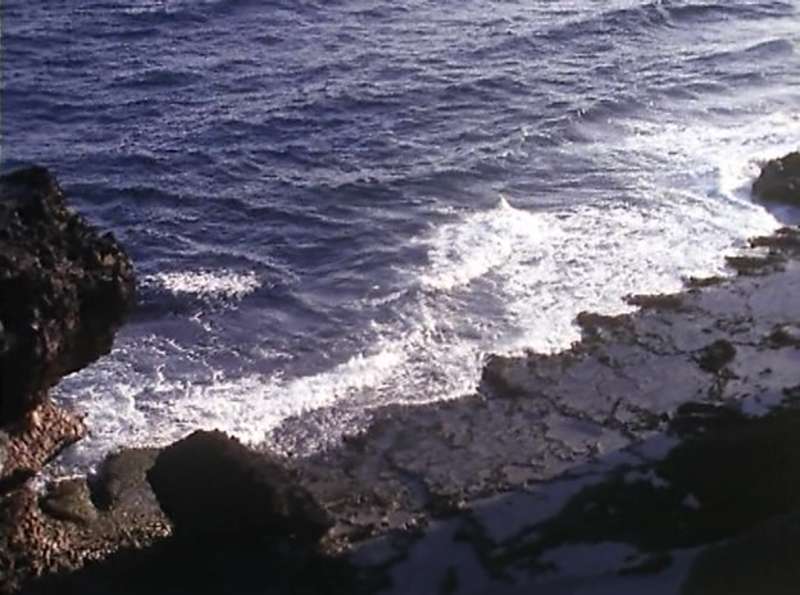 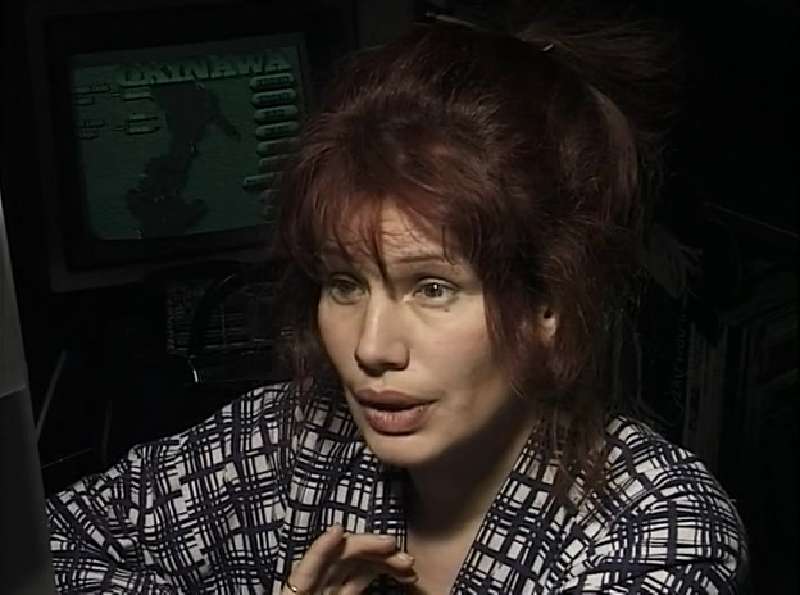