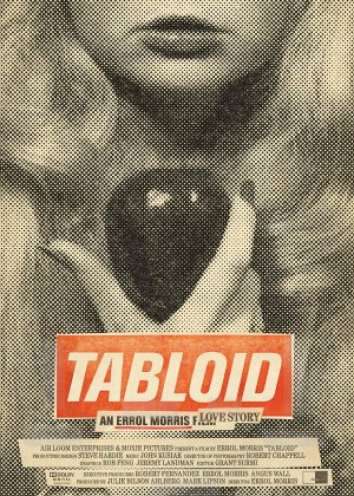 Oscar-winning director Errol Morris presents his most provocative and sexiest film yet. In the late 1970s, Miss Wyoming Joyce McKinney became a tabloid staple when she kidnapped her former beau, a Mormon missionary named Kirk Anderson, and tied him to a bed to deprogram his religious beliefs by having nonstop sex with him. Morris (The Fog of War, The Thin Blue Line) follows the salacious adventures of this beauty queen with an IQ of 168 whose single-minded devotion to the man of her dreams led her across the globe, into jail and onto the front page. Funny, strange and disturbing, Tabloid is a vivid portrait of obsession, delusion and scandal sheet notoriety.