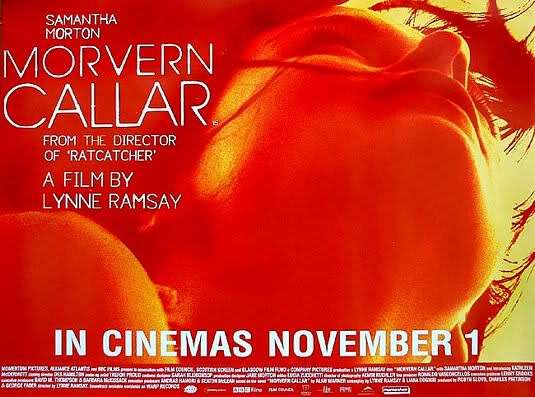 From its nearly silent opening passages to its exhilarating and enigmatic capper, Morvern Callar announces itself as the product of a singular sensibility. A tone poem for the rave generation, Lynne Ramsay’s latest film may be easier to admire than to like, but there’s no denying it establishes her as a filmmaker of tremendous promise. This follow-up to Ramsay’s acclaimed debut, Ratcatcher, is a kaleidoscopic immersion, as unknowable and magnetic as its titular heroine. Played by the superb Samantha Morton, Morvern is a cipher, at once strangely disconnected and thrillingly alive. Following the suicide of her boyfriend, she takes an unorthodox path, appropriating his recently finished novel as her own and using the money he left behind to go on a vacation with her best friend, Lanna (Kathleen McDermott). Morvern’s impulsive wanderings, which ultimately alienate even the free-spirited Lanna, come across less as inexplicable whimsy than as the pure expression of a generation’s existential restlessness. Steeped in cool solipsism, Ramsay’s movie privileges sensation over sense: at its best, it’s a captivating mosaic of color, music, and mood. In its opacity, Morvern Callar may seem to some a willful exercise in audience frustration. Those who surrender to Ramsay’s rough poetry, however, will find the movie a transporting experience. A mesmerizing cinematic poem from the first frame to the last, Scottish director Lynne Ramsay’s second feature, Morvern Callar, doesn’t actually confirm Ramsay’s phenomenal talent. After all, her first feature, Ratcatcher, was so assured yet so seemingly spontaneous that the odds that it was a fluke had to be pretty low. No, this remarkable film confirms nothing. Rather, it suggests that Ramsay will someday, maybe sooner than later, have a body of work that will place her in the company of Antonioni, or Buñuel, or Bresson, to mention just three great cinematic poets. Yes, I think Morvern Callar’s that good.

Ramsay and her coscreenwriter, Liana Dognini, adapted Morvern from a cult novel by Alan Warner, paring down its narrative. Ostensibly the picture is the story of Morvern (Samantha Morton), a grocery store clerk whose boyfriend leaves her some head-spinning Christmas presents — his dead body on the living room floor, a suicide note instructing her to, among other things, “be brave,” and a completed novel he wants her to send out for publication. She does so — only she replaces his name with her own. She then buries her beloved in a way that many would characterize as unusual at best. And then she scoops up her best friend Lanna (Kathleen McDermott) for a holiday in Spain.

Is this girl some kind of monster, or what? In fact, she’s not, not at all — but why she’s not is something that only Ramsay and the entirely remarkable Morton (who utters just a little more dialogue here than she did playing a mute in Woody Allen’s Sweet and Lowdown) can show you. As she gads about with her portable cassette player, listening to the very hip mix tape that was one of her boyfriend’s parting gifts, Morvern is a woman finding out who and what she is, and what she wants from life. It’s all conveyed completely cinematically; one shot of Morton in the backseat of a fast moving car, head out the window, taking in the Spanish sunshine, is worth oodles more than any number of self-empowerment speeches would have been. The dialogue-less final minutes, which place Morvern on the tracks to her next adventure and reflect on where she’s been, constitute the most heart-stopping movie ending I’ve seen in years.