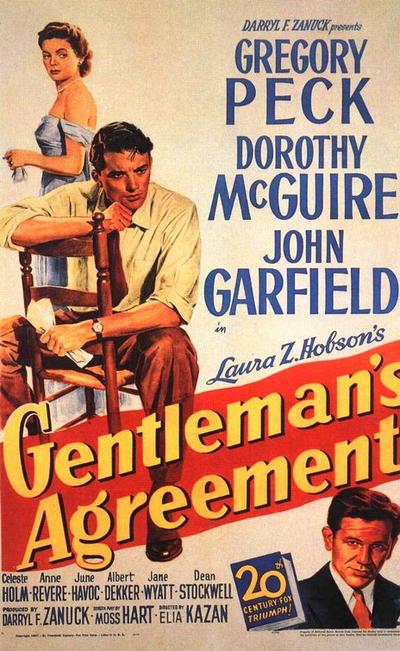 From Classic film:
One of the earliest films about anti-Semitism in the U.S.A. (though Oscar Best Picture winner, The Life of Emile Zola (1937) dealt with the subject in France), this Best Picture winner ironically competed against another (better?) film based on the same, Crossfire (1947). The former is a story about a gentile writer who pretends to be Jewish and then experiences the prejudice firsthand, while the latter explores a murder whose anti-Semitic motive is at first unknown. Additionally (even stranger?), these two similar films competed with a Dickens classic & two traditionally Christmastime films The Bishop’s Wife (1947) and Miracle on 34th Street (1947). But Best Actor nominee Gregory Peck & Director Elia Kazan (winning an Oscar with his first nomination) proved a more powerful combination than the three Roberts (Young, Mitchum, Ryan – though Robert Ryan was nominated for Best Supporting Actor) & Director Edward Dmytryk, who received his only Academy Award nomination. Additionally, Celeste Holm beat fellow Gentleman’s Best Supporting Actress nominee Anne Revere and Crossfire’s Gloria Grahame for that award. Both pictures also lost in the Editing & Writing categories. This was probably a very closely contested “race” considering the direct competition by genre. It’s a wonder the other nominee, Great Expectations (1947), didn’t win except for the fact that (up until that point) the British never had (which was “corrected” the following year with Laurence Olivier’s self-directed Hamlet (1948))! 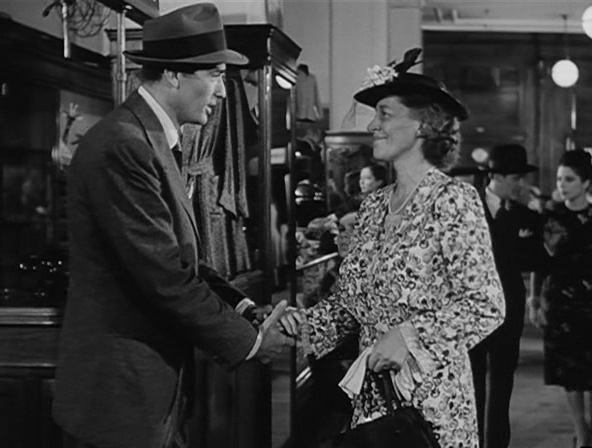 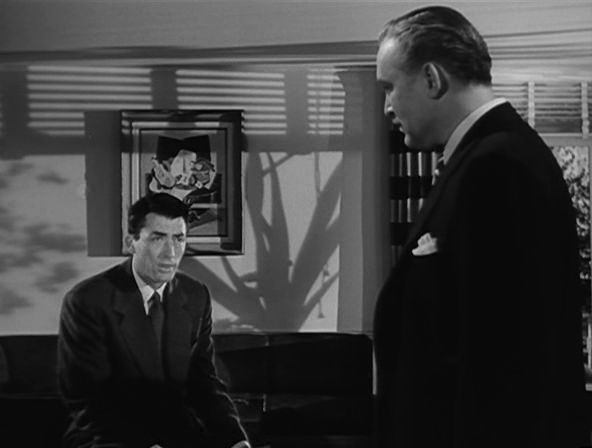 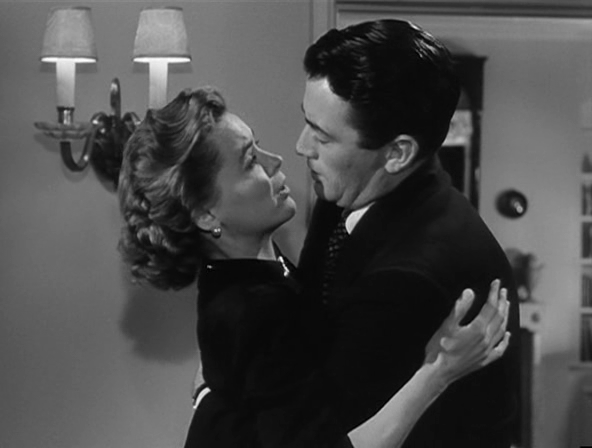 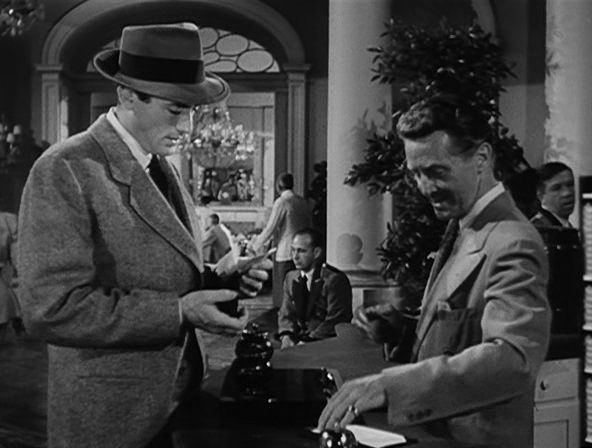 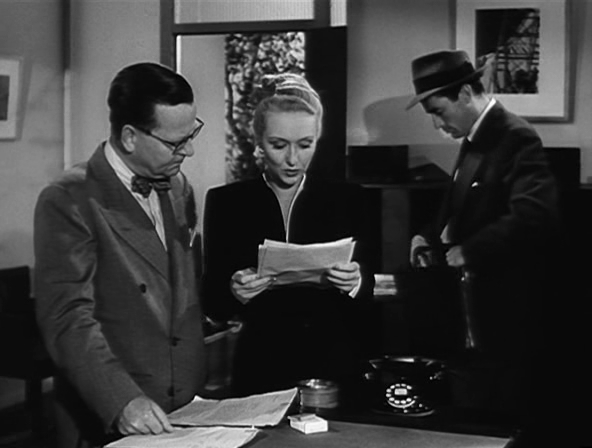