Apichatpong Weerasethakul – Sang sattawat aka Syndromes and a Century (2006) 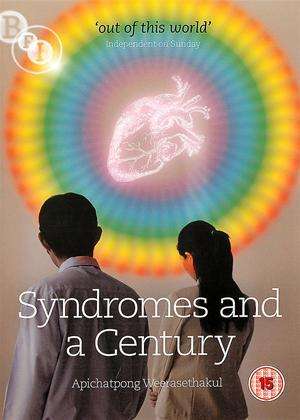 A film by Apichatpong Weerasethakul

Syndromes and a Century, the fifth feature from Thai director Apichatpong Weerasethakul, is a spellbinding Buddhist meditation on the mysteries of love and attraction, the workings of memory, and the ways in which happiness is triggered. Mesmerisingly beautiful to look at, it is also laced with wonderful absurd humour.

Commissioned by Vienna’s New Crowned Hope festival in 2006, the film established Weerasethakul as one of the most exciting talents in world cinema today.

Dubbed ‘a hospital comedy of a somewhat metaphysical bent’, Syndromes and a Century is inspired by the Weerasethakul’s memories of his parents, both doctors, and of growing up in a hospital environment. The two central characters interact with a bizarre array of professional colleagues and patients with their various strange maladies, including an elderly haematologist who hides her whisky supplies in a prosthetic limb, a Buddhist monk suffering from bad dreams about chickens, and a young monk who once dreamed of being a DJ and now forms an intense bond with a singing dentist, whom he believes to be the reincarnation of his dead brother.

It is a film of two halves – the first set in a sunlit rural hospital amid lush, tropical vegetation, the second in a hi-tech urban clinic under fluorescent lighting. Certain scenes from the first half are replayed in the second – almost, but not quite identically.

Apichatpong himself describes the film as ‘random and mysterious’, and, like the work of David Lynch, this film defies obvious interpretation.