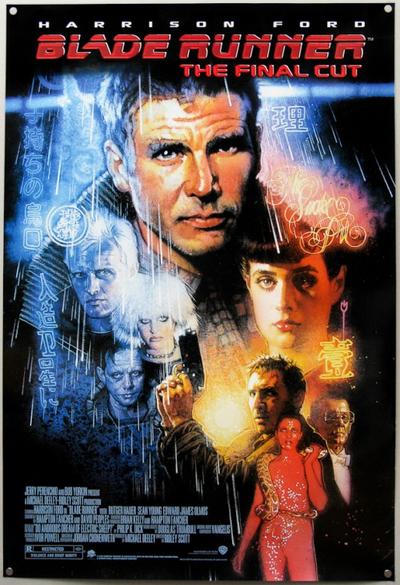 Quote:
Blade Runner: The Final Cut is much closer in content and tone to the 1992 director’s cut than it is the original 1982 theatrical release. Purists who liked the narration will be disappointed to know that all of it is gone, even the bit near the end that was found in some later versions of the film. Also missing are some of the film’s more sloppy special effects moments, now cleaned up and enhanced courtesy of digital effects. Gone are all the wires that were visible in earlier versions, as well as the obvious stunt double substituting for Joanna Cassidy during Zhora’s death scene (Cassidy’s head was digitally superimposed over stunt double Lee Pulford).

The digital effects done to the film are relatively minor, especially when compared to the changes George Lucas has made to the early Star Wars films and THX 1138, and the end result is merely cosmetic. Visually, this most recent version of Blade Runner is a gorgeous masterpiece. Fans who long to hear Ford’s lackluster voice-over, or refuse to accept Deckard as a replicant will be disappointed by Blade Runner: The Final Cut, but everyone else will be pleased. DVDTALK