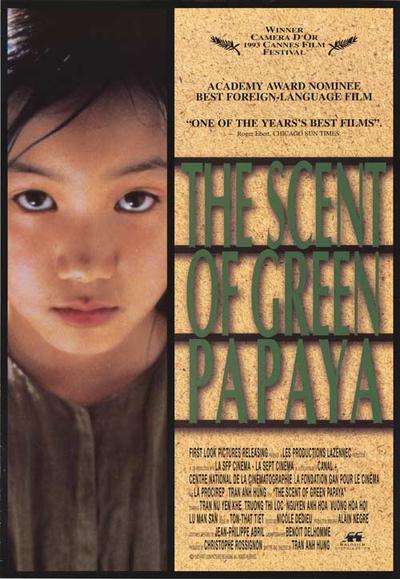 Tran Anh Hung’s film is beautiful. Its colors are still, hushed, and
translucent. Limpid greens and abundant yellows, deep blues, the pearly
whiteness found inside papayas. The film’s tones and textures seem to slow
the storyline, drenching it with a kind of denseness, a sense of ongoing
history.

Set in Saigon during the 1950s and early ’60s, _The Scent of Green
Papaya_ is necessarily conflicted beneath this calm surface. Before the
American War, Vietnam was not divided into North and South, but its class
and political systems were already in trouble.

The film’s nostalgia is troubling in two ways. First, its version of
a more decorous era is based in large part on upper class yearnings for
order and obedience. Second, as Tran has said in interviews, he sees this
period as a time when Vietnam’s social categories were intact, before
“women’s rights” destroyed the domestic contract: in his film, women know
their place and are, at least on the surface, settled (if not entirely
happy) in it.

Financed and filmed in France (the Vietnamese-born director, Tran,
was raised and educated in Paris), _Scent_ represents this period of
Vietnam’s history from a distance. It relies on a belief that the good old
days were indeed “good,” that traditional hierarchies were equally
revered by dominant and oppressed groups.

_The Scent of Green Papaya_ presents the limitations of class and
gender through its central character, a young servant girl, Mui (for the
first half of the movie, ten-year-old Mui is played by Lu Man San; during
the second part, set in 1961, the actor is Tran Nu Yen-Khe). Mui’s quiet
acceptance of her “place” is never overtly addressed by the film as a
problem; she is the still, serene center of a world in the midst of
upheaval. What’s interesting but also troubling is the film’s apparent
investment in this nostalgia. While we–a current U.S. audience–might see
that Mui is trapped by her cultural boundaries, she never expresses
discontent. In this way, the film allows diverse viewer responses, even as
its own political position seems regressive.

As the film opens she is sent by her village-bound family to work for
an upper class family in Saigon. During this first section, impeccably
smooth tracking shots mapping the expanses of the expensive home while
indicating its unknown corners and claustrophic back rooms. Lu is perfect
as the child; her dark, deep eyes register her wonder and surprise at the
freedoms of her masters. She witnesses the family’s many, unspoken
troubles: a young daughter who died, a father (Tran Ngoc Trung) who
disappears for weeks and months at a time, and a mother (Truong Thi Loc)
who suffers silently as her mother-in-law berates her inability to please
her son.

Mui observes such goings-on without comment, acting as our guide to
the desperation, decadence, and pained self-involvement of the upper
class. Almost immediately, she is targeted by the family’s youngest son
Tin (Neth Gerard), who continually finds ways to torment her, from
knocking over her scrub bucket to leaving live lizards in the expensive
vases she is required to dust. Carefully counselled in cooking,
house-cleaning, and complete obedience by the older woman servant, Thi
(Nguyen Anh Hoa), Mui accepts her place with a mysterious, apparently
infinite, patience. Her sense of place and self is made clear in her
devotion to her pet, a cricket in a delicate cage.

As a child, Mui is visibly smitten with the wealthy family’s older
son’s friend, Khuyen (Vuong Hoa Hoi), a handsome composer. In 1961, when
the family loses its status and money, she is sent to work for Khuyen. Her
subservience to him is part ritual, part masculinist romance, part
“girlish” lovesickness: she prepares his meals and cleans up after him.
Khuyen works over his piano by day and cavorts with a more “modern” woman
(she wears lipstick and teases her hair) at night.

Given the girlfriend’s forwardness, it becomes clear that Khuyen’s
attraction to Mui is based, in part, on a yearning for traditional
structures. He appreciates her silence, her compliance. Where his
girlfriend demands his sexual and emotional attention, Mui waits for him
in her servant’s quarters, shy, yet devoted and willing, a fantasy woman
who is hardly specific to Vietnamese culture. 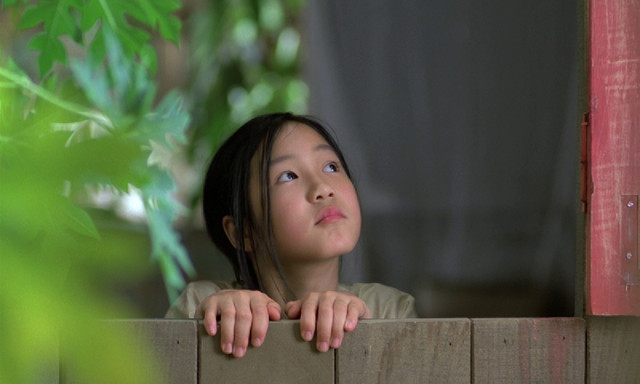 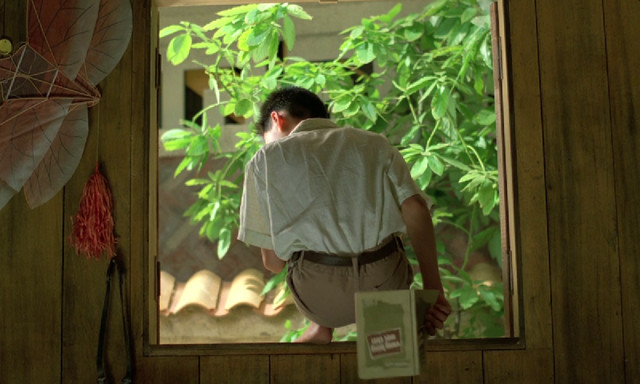 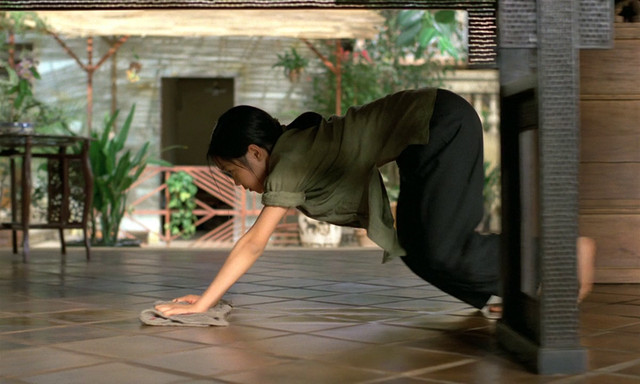 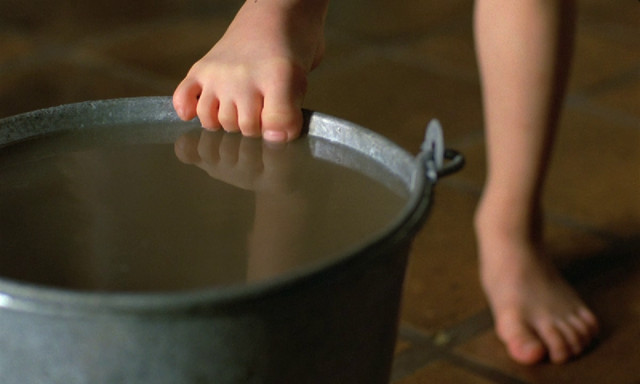 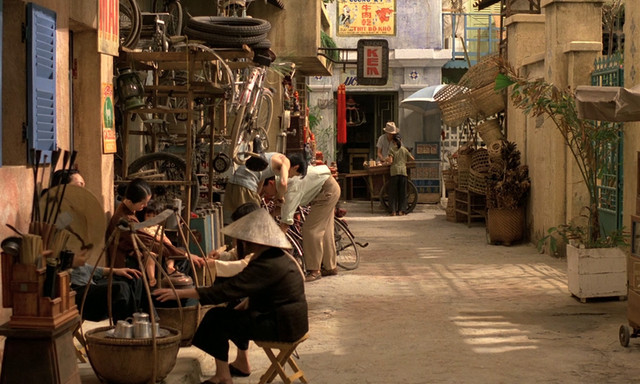 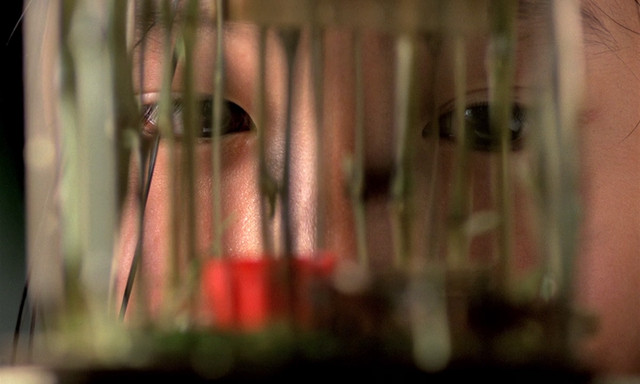