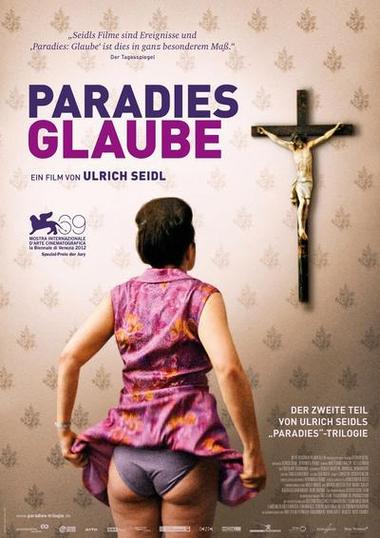 Put together a subversive filmmaker like Ulrich Seidl with the subject of religious fanaticism and you’re bound to get something provocative. But Paradise: Faith, the second part of the Austrian director’s trilogy about three women from the same family on different quests, is possibly more interesting to think about and discuss afterwards than to sit through. Depending how you look at it, there’s a pitch-black comedy buried in here or a redeeming shred of empathy at the tail end of two grueling hours. Either way, it’s strictly for the faithful. 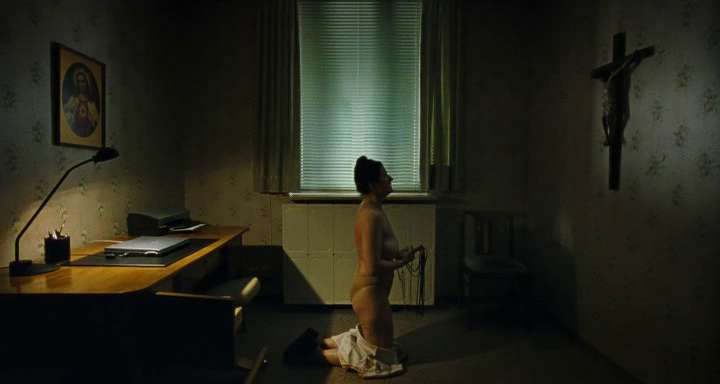 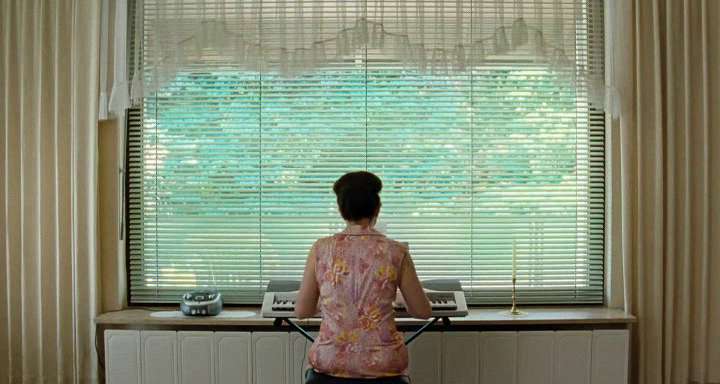 Taking time off from her job as a medical facility technician, Anna Maria plans to spend her break doing missionary work. She travels to immigrant neighborhoods in the far-flung suburbs of Vienna, hauling a foot-high statue of the Virgin Mary along in a personal crusade to bring Catholicism back to Austria. Her hair shellacked into a severe updo that makes her look like the warden in a 1960s women’s prison movie, she’s a bizarre character, played with fierce conviction by Hofstatter. 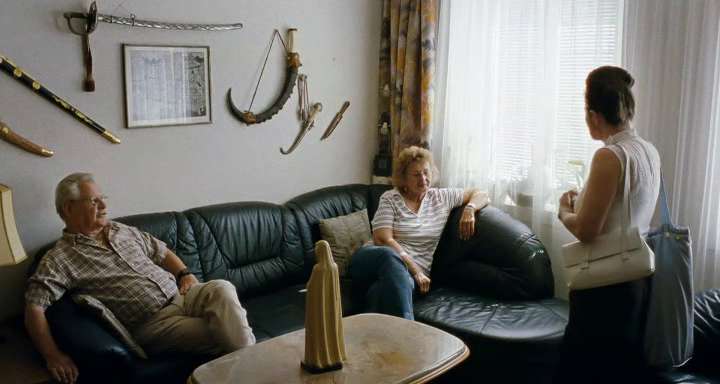 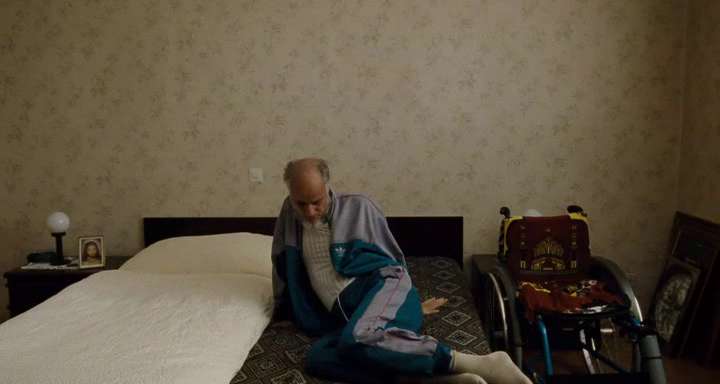 Seidl wastes no time showing us the extent of Anna Maria’s devotion as she strips to the waist and self-flagellates before a crucifix, or straps herself into a restrictive belt and shuffles around the house, praying on bruised knees.

The line between holy and sexualized devotion is blurred throughout. Anna Maria’s bedtime conversations with the portrait of Jesus on her nightstand have an unsettling intimacy, but they pale next to her behavior later on, when her desire for Christ is quite literally demonstrated. Nobody is ever going to accuse Seidl of going Hollywood. 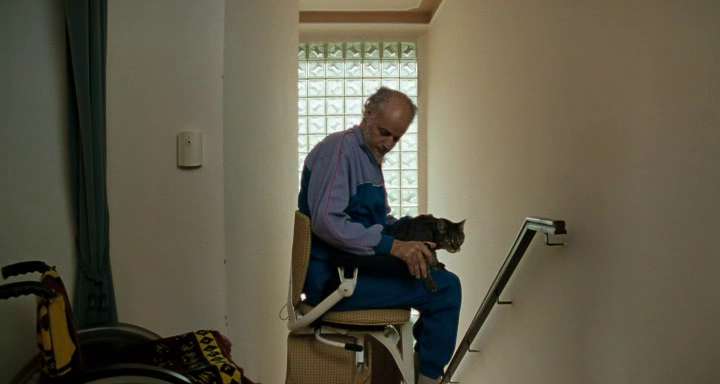 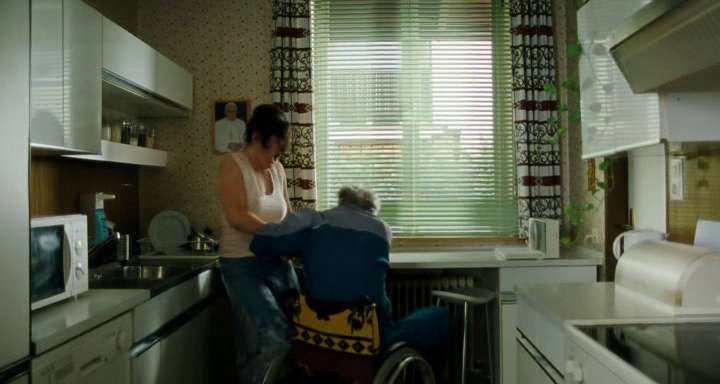 But as in Love, the director’s lack of economy is problematic. Scenes run on and on, and as Anna Maria goes door to door with her prayer book and holy water atomizer, being admitted only because the responder is intimidated, crazy, drunk or spoiling for a fight, the film becomes effortful and repetitive. Is Anna Maria an object of curiosity, scorn, ridicule or sympathy to the filmmaker? For much of Faith, it’s hard to say.

The more interesting stuff happens when Anna Maria’s husband Nabil (Nabil Saleh) returns unexpectedly after a two-year absence. An assimilated Egyptian-born Moslem, he has been a paraplegic since an accident. He is shocked by the coldness of her greeting and her refusal to allow him into their marriage bed.

It’s a refreshing twist that the Moslem here initially represents the moderate view while the Christian is the rigid fundamentalist, professing herself grateful for his accident as it allowed her to rediscover her faith and expunge sin from her life. But Seidl is too thorny a cultural provocateur for such neat reversals. 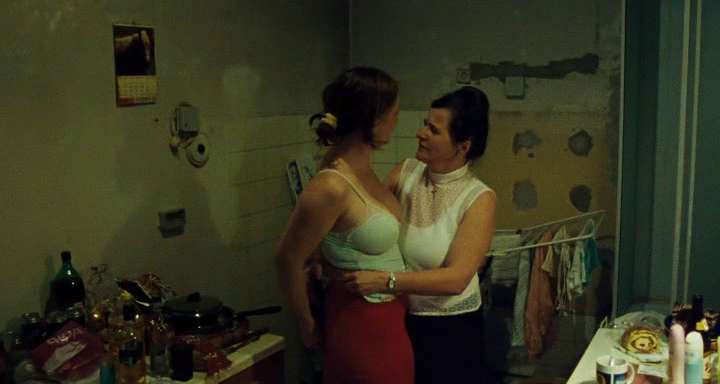 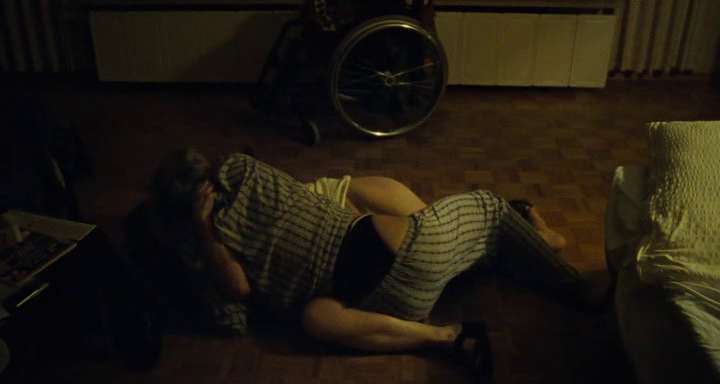 Nabil begins his gradual assault by challenging Anna – he drops the Maria, thus negating her piety – about the holes in her ideology. Eventually his acts of rebellion become more aggressive, smashing all of his wife’s religious icons and amusingly raising a glass of beer to the Pope before knocking the pontiff’s portrait off the kitchen wall. Anna Maria responds by removing Nabil’s wheelchair to curtail his mobility, effectively establishing domestic warfare. In a droll echo of her earlier atonement ritual, he drags himself around the apartment floor.

Seidl has little use for subtlety or nuance. Many of the film’s scenes are grotesquely funny, shocking, cruel, harrowing, or all of the above. Laughter that might have been nervous or glib accompanied much of the first Venice press screening.

Among the more entertaining interludes is an exchange between Anna Maria and an argumentative couple (Dieter and Trude Masur), happy to thrash out their dissenting views on chastity, adultery, contraception and divorce. On the more punishing side is a visit with a depressed, abusive Russian alcoholic (Natalija Baranova). The scene is seemingly intended to suggest the poignancy of Anna Maria’s frustrations, but the effect is bludgeoning. In one moment sure to spark comment, she hears sexual grunting on the way through a park at night and finds a group having a boisterous al fresco orgy, shown in explicit detail. This causes Anna Maria to clutch her rosary before rushing home to scrub down in the bathtub.

Untrained actor Saleh brings haunting dignity in physically and emotionally difficult circumstances for his character. The film’s pathos, such as it is, is largely generated by Nabil’s confusion and escalating anger about the radical change in his wife during his time away. Only in the concluding scene, when the test of faith that his return represents to her has cracked Anna Maria’s armor, are we encouraged to feel something for her.

That will be too little for most audiences, though the rigorousness of Seidl’s aesthetic remains commanding. Faith is very much of a piece with Love and with the filmmaker’s work in general. Developed out of unscripted scene outlines, the action plays out in static shots, filmed sequentially and artfully framed by collaborators Wolfgang Thaler and Ed Lachman. It’s a cinema of asceticism that seeks beauty in harshness and ugliness. What it does to illuminate religious fanaticism is open to debate.