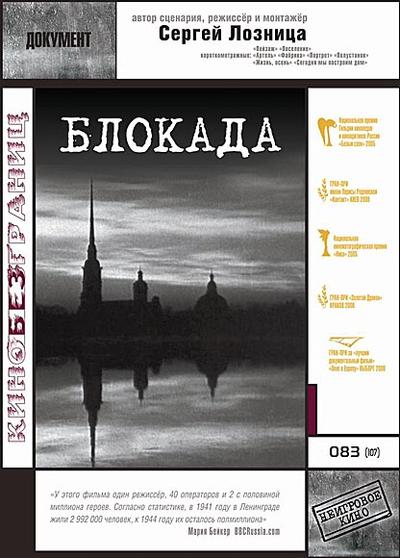 Icarus Films PR about the movie:
The longest siege during World War II was that of Leningrad, which lasted for 900 days, from September 1941 to January 1944, when Hitler attempted to starve the Soviet city of three million people into submission. Estimates of the number of residents who died from starvation, disease or cold range from 641,000 to 800,000.

Comprised solely of rarely-seen footage found in Soviet film archives by director Sergei Losnitsa, BLOCKADE vividly re-creates those momentous events, featuring a meticulously reconstructed, state-of-the-art soundtrack added to the original black-and-white silent footage. The result gives viewers the eerie impression of being not just an observer but virtually a participant in the events as they unfold on the streets of Leningrad.

BLOCKADE is organized episodically, beginning with defensive measures, including artillery emplacements, anti-tank fortifications, trenches, and observation balloons; the devastating effect of artillery shelling and aerial bombing of the city; the marching of captured German soldiers through the streets, surrounded by taunting Soviet crowds; the corpses lying on street corners or dragged on sleds to mortuaries for eventual burial in mass graves; citizens desperately foraging for food, water and firewood; the joyous celebrations upon the breaking of the siege and the disturbing aftermath.

BLOCKADE is a dramatically compelling demonstration of the power of archival footage, here synergized by an evocative soundtrack, to bring history to life.

“Grand Prize for the strength and purity of its vision, its beauty and its startling, yet tragic insight into the aftermath of war.” —Jury of the 2006 Krakow Film Festival

“Absorbing… poignant viewing! Shots of burning and later devastated buildings are backed by a soundtrack of sirens and raging flames. Sounds of soft weeping are matched to imagery of mass graves, which still have power to shock. Later on, dead, shrouded bodies are seen littering the streets, but most of the pedestrians, by this point so inured to the sight, simply walk past.” —Variety 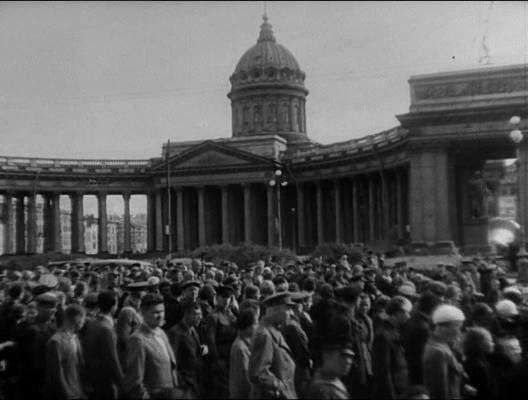 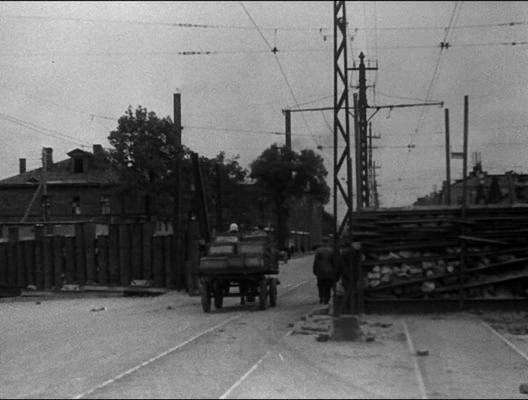