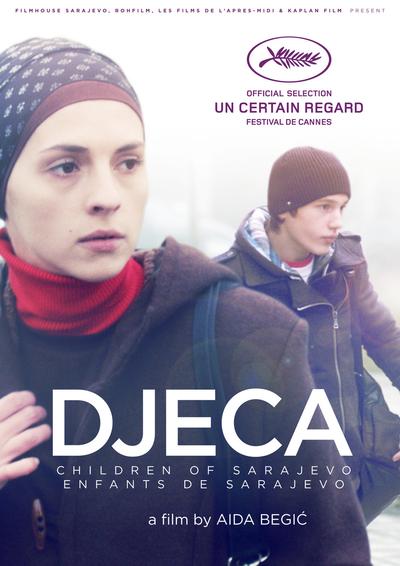 Rahima (23) and Nedim (14) are orphans of the Bosnian war. They live in Sarajevo, a transitional society that has lost its moral compass, including in the way it treats children of the people who were killed fighting for the freedom of their city. After crime-prone adolescent years, Rahima has found comfort in Islam and she hopes her brother will follow in her footsteps.
Their life of bare survival becomes even more difficult after Nedim gets into a fistfight with the son of a local strongman and breaks his expensive mobile phone. This incident triggers a chain of events leading Rahima to the discovery that her brother leads a double life.

Children of Sarajevo is a 2012 Bosnian drama film directed by Aida Begić. The film competed in the Un Certain Regard section at the 2012 Cannes Film Festival where it won the Special Distinction award.