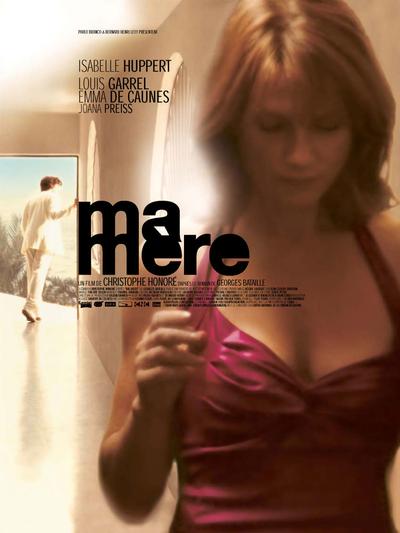 Quote:
My Mother (French: Ma mère) is a French-Austrian-Portuguese-Spanish 2004 movie about the fictional story of an incestuous relationship between a 17-year-old boy and his attractive, promiscuous, 43-year-old mother. The movie stars Isabelle Hupert, Louis Garrel, Emma de Caunes, Joana Preiss, Philipe Duclos and Jean-Baptiste Montagut. French director Christophe Honoré, who wrote the screenplay, based it on the controversial and posthumous novel of the same name by French author George Bataille. Honoré shot the film on location on the island of Gran Canaria, Canary Islands, Spain. Its dialogue is almost entirely in French with brief segments in Spanish, German and English. Film distribution company TLA Releasing released Ma mère in France, at the Cannes Film Market, on 13 May 2004.

Quote:
Ma mère’ is a film on the edge. Director Christophe Honoré (who gave us the little jewel ‘Closer to Leo’) has adapted a tough book by Georges Bataille that explores incest, sadomasochism, love, family dysfunction, and nebulous moral values of conflicted adolescents caught in the web of sexual investigation. It is filled with difficult scenes and ideas and certainly is not a film for the faint of heart or spirit, but at the same time it is a brave film depicting the dissociative state of sexual mind to which we’ve come after the influences of such thinkers as Bataille, Foucault, Derida, Gide, and others. Christophe Honoré captures an impossible story extremely well on the screen! 17-year-old Pierre (Louis Garrel of ‘The Dreamers’) is a spiritually challenged adolescent home from his Catholic school to be with his mother Hélène (Isabelle Huppert) whom he idolizes and loves and see his father (Philippe Duclos) who is distant in every sense. Hélène finds it necessary to inform Pierre of her background (her husband raped her when she was very young, causing such anguish that she has become addicted to a life of immorality as a means of escape), a means of warning him of what close association with her could mean. Pierre is blind to all things negative about Hélène and with the news of his father’s death, he demands to be included in the wild sexual life of Hélène and her female lover Réa (Joana Preiss). Hélène is sexually attracted to Pierre and elects to include him in her games of voyeurism (watching Pierre during intercourse with Réa, introducing him to the shallow and compulsive Hansi (Emma de Caunes), mutilation, and all forms of debauchery.
The group goes to the sunny islands off Spain where Pierre falls in love with the dangerous Hansi and follows her lead in learning about his mother’s strange and dangerous proclivities, sexual acts which include the involvement of young Loulou (Jean-Baptiste Montagut), a young man whom they torture for the sake of sexual satisfaction. All the while that Pierre is being introduced into Hélène’s bizarre world he is conflicted by his superego in the form of the Catholic Church: he is seen reciting catechism in the desert surrounded by a silent, nude Greek chorus a la Fellini. Ultimately the ‘vacation’ is over and Pierre returns home with Hélène and the ultimate incestuous aspect of the Oedipus complex plays out in a completely bizarre and very dark way. To say more would destroy the impact of the ending.
Isabelle Huppert is brilliant as always, her quiet outwardly plain demeanor disguising the profoundly ill soul inside. Likewise Louis Garrel makes the fragile, gullible, needy and severely conflicted Pierre understandable: we may not agree with his choices as he wades through the strange waters of perversion, but we never lose sight of his vulnerability and passionate need to be loved. There is a lot of graphic sex in this film, but this particular story could not be told without it. Christophe Honoré manages this strange tale by letting the story take us into the realm of the unreal and he never for a moment loses our interest. 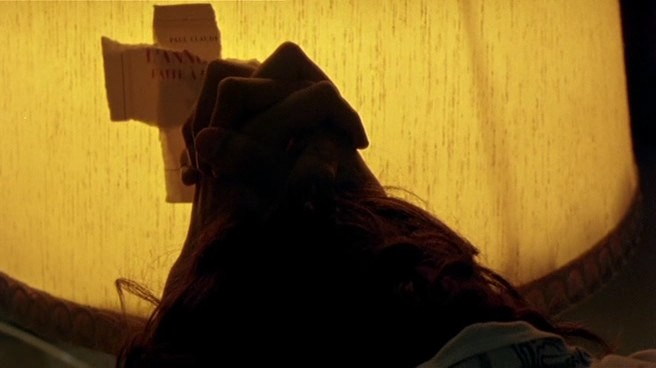 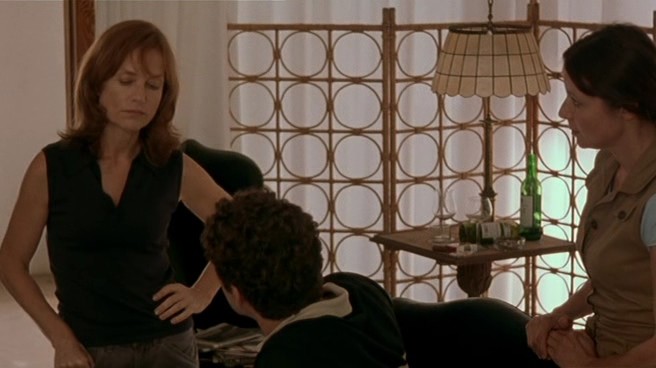 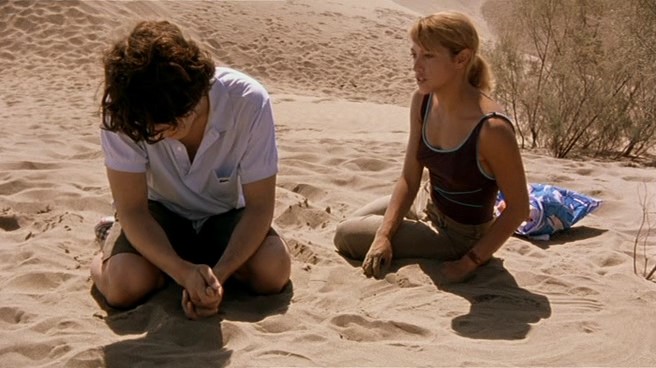 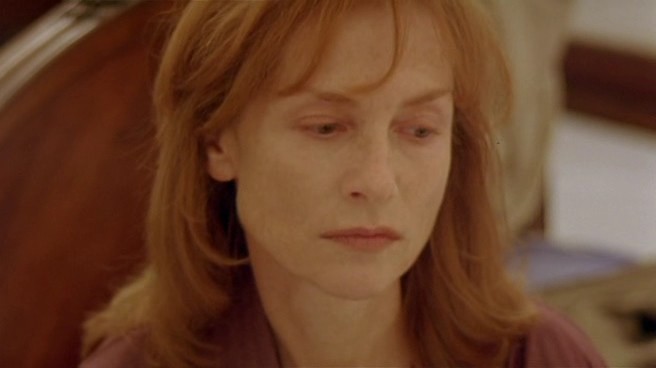