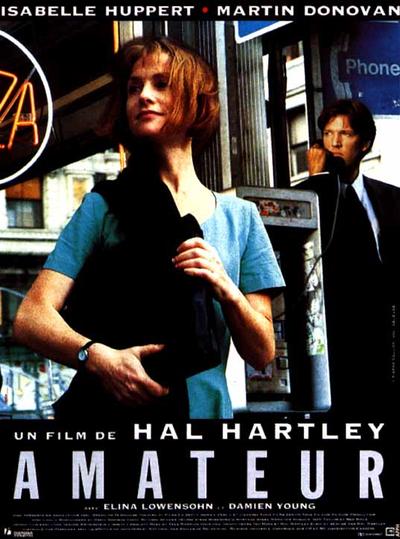 Hal Hartley fans, rejoice! For his forth feature, Amateur, the non-mainstream director of The Unbelievable Truth, Trust, and Simple Men has once again stayed far from the embrace of Hollywood. Those unfamiliar with Hartley’s style might mistakenly tag this movie with a “bad” label, but, really, all the overblown elements are entirely intentional. If nothing else, the director — referred to as America’s closest thing to a “European auteur” — is known for being quirky and inventive in both dialogue and character presentation. Like many independent film makers, Hartley will not compromise to pander to a larger audience.

As it develops, Amateur is a joint homage to/parody of film noir. And, as with the most reverent satires, the movie contains enough legitimate elements of the genre to be recognized as an entry. Unfortunately, this is far from a great thriller. The plot is rather stale, and, story-wise, there isn’t a whole lot to hold the viewer’s attention. The noir framework serves its purpose, but there’s nothing great about it.

For his main character, Hartley has chosen an amnesiac. Thomas (Martin Donovan) wakes up in a cobblestoned New York City back alley with shattered glass all around him, a gash on the back of his head, and no memory of how he got in that predicament. When he wanders into a nearby cafe, a woman (Isabelle Huppert) notices the blood and comes to his rescue. Isabelle is a 33-year old ex-nun who believes herself to be a nymphomaniac even though she’s still a virgin. When Thomas asks her to explain this apparent contradiction, she says she’s choosey. Also folded into Amateur is Sofia (Elina Lowensohn), the world’s hottest porn star, whose connection to Thomas is nebulous at the start. Then there are hitmen Jan (Chuck Montgomery) and Kurt (David Simonds), who have been hired by the mysterious Mr. Jacques to rub out anyone who knows too much about certain floppy disks.

Hartley’s witty dialogue is a pleasure to absorb. There are times when the delivery is more important than the actual lines. The hit men discuss cellular phones like they’re in the midst of a TV commercial. Stilted statements are made in the most melodramatic fashion possible, and half- baked dialogue is spoken with somber pretentiousness. To enforce the impact of this unique style, the director culls over-the-top performances from his actors, sometimes to an intentionally hilarious effect.

Amateur is a curious mixture of high art and delicious campiness, and the result is a funny, insightful, and almost-hypnotic motion picture. As the film progresses, you could care less what happens to Thomas and Isabelle, but the lure of what they’ll say next draws the viewer on. Certainly, the script fails to do much with the issue of confused identities, its ostensible theme, but Hartley’s style is such a pleasure to watch that it isn’t a major disadvantage for the substance to be weak. 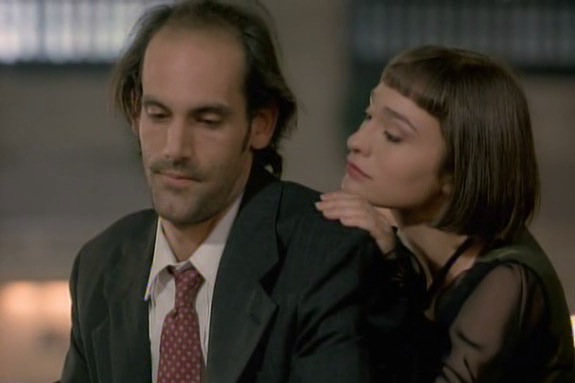 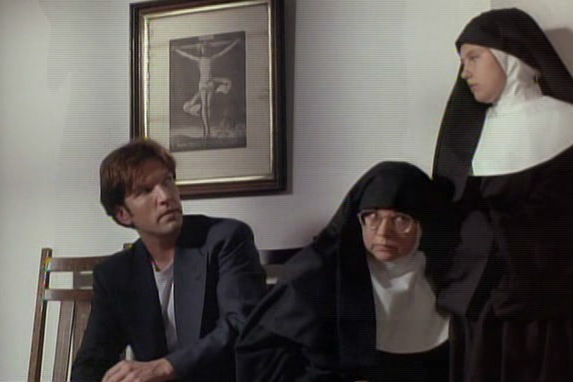