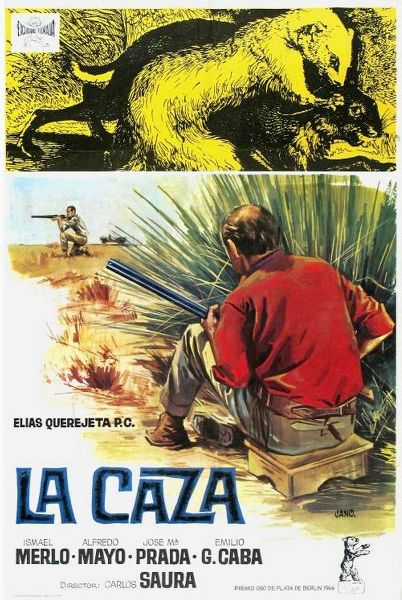 José, Paco and Luis are three friends and war veterans who one day decide to go hunting in the company of Enrique, a 20-year-old on his first outing. They will practice their favorite sport on Paco’s land, where not too long ago an important Civil War battle took place. An edgy thriller as well as a heavily symbolic study of hatred and rivalry, the hunt becomes an allegory of war. 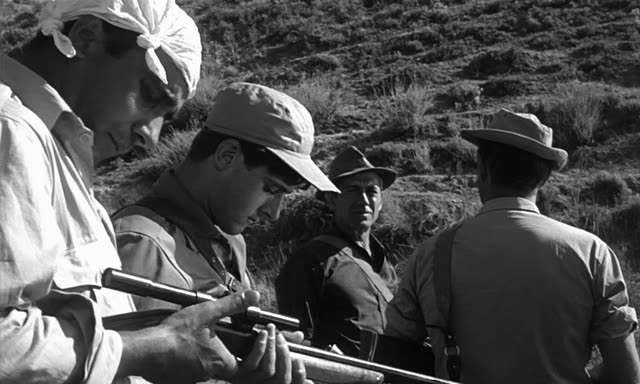 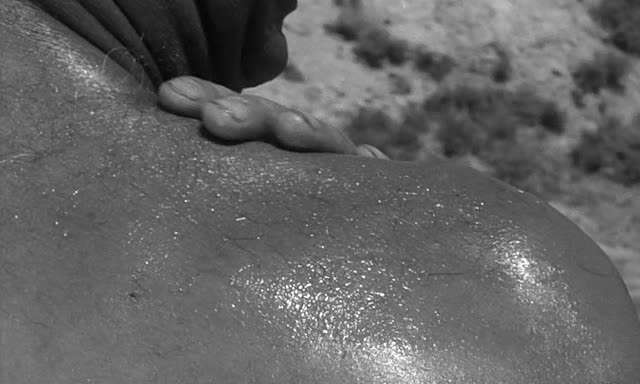 La caza is an ugly piece of work with the visceral authenticity of a snuff movie. While the Hollywood film culture is driven by the Gun Drama, this is the only film I’ve ever seen that truly deserves to be in the genre. The four men are defined by their guns: Jose and Paco, vets, businessmen, uneasy friends, use double-barreled shotguns, their chambers sheathed in silver plating, the ornate scrolls like the new-found pedigree of their wealth. Luis, vet, the business partner of Jose and science fiction aficionado, has a sniper rifle, its telescopic site clearly designed for targeting humans, not rabbits… aliens, not Spaniards. And young Enrique is armed with his father’s pistol, a German Luger from the Civil War…. Like all exercises in human realism, the humour is in the bizarre, the madness in the detail.
And these men are mad. When they arrive in the arid river valley and begin setting up camp, Luis tells Enrique: “Many died here — it’s a good place for killing.” In a metaphor for this valley of death, much of the rabbit population has been destroyed by myxomatosis, a disease introduced by humans to control the “rabbit invasion”.
Taken from http://www.culturecourt.com/F/Latin/LaCaza.htm (spoilers by the bucket) 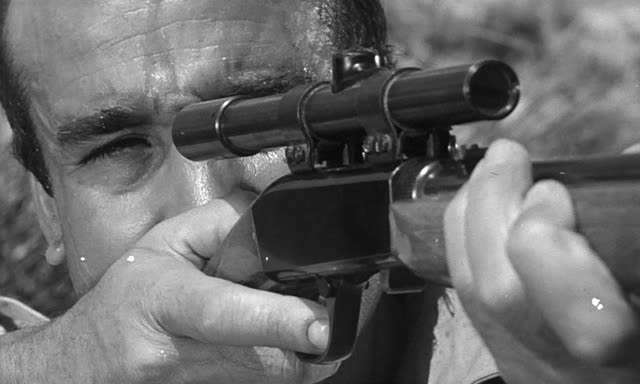 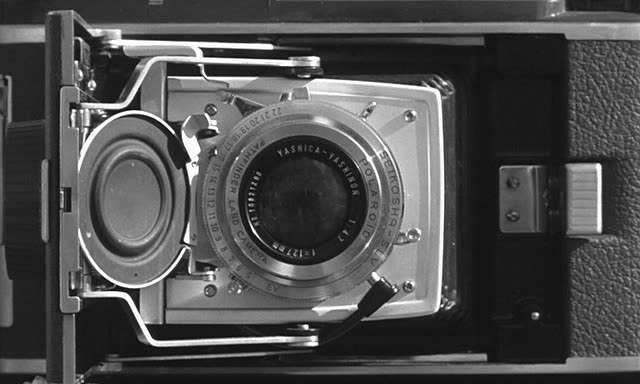 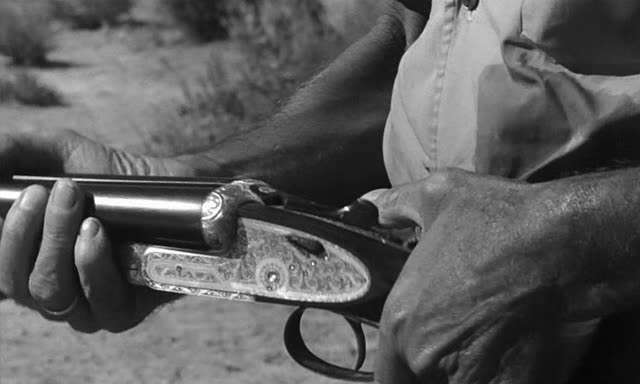 In “The Hunt,” a desperate want to survive draws two middle-aged men to go on a supposedly relaxing rabbit hunt with a third friend, a savage business tycoon, who is an old companion from the Spanish Civil War. It is their hopes that they can get this fellow to save them separately from financial, ruin. The fourth member of the party is a young man, nephew of the tycoon.
The gist of the ruthless demonstration of cruelty and slaughter that this younger man observes in the course of a one-day outing on a barren hunting range is that the older generation—the veterans—represented by the three men is totally corrupted by the practice of killing and forgetting, learned in their youth.
The vivid manifestations of wholesale shooting of frightened rabbits as they scoot across the hills of an area that was a famous section of battlefield in the Civil War are unmistakable allusions to that conflict of friend-against-friend and brother-against-brother that so thoroughly affected the politics and society of Spain.
Mr. Saura has made his picture in a hard-grained black-and-white tone that gives tremendous definition to the harsh, brutal story he has to tell. This is Spain of the militarists he is showing us—of scurrying jeeps and blue-steel guns and telescopic sights and raw encampments pitched in the hot, dusty hills. And his characters, played superbly by Alfredo Mayo as the steely tycoon, Emilio Gutierrez Caba as his young nephew, Ismael Merlo as one friend who goes mad and José” Maria Prada as the other who gives up, are ghatteringly real. Violetta Garcia as the innocent daughter of a dour gamekeeper is a poignant hint of the naiveté of youth, and Fernando Sanchez Polack is flinty as her old man.
“The Hunt” is the toughest Spanish picture I have ever seen, and the most amazingly revealing. Bosley Crowther, NYT April 25, 1967 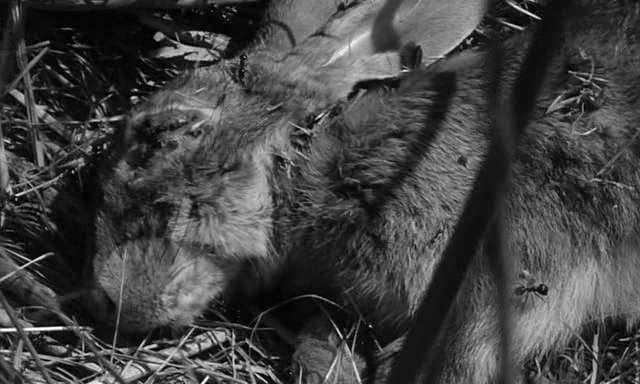