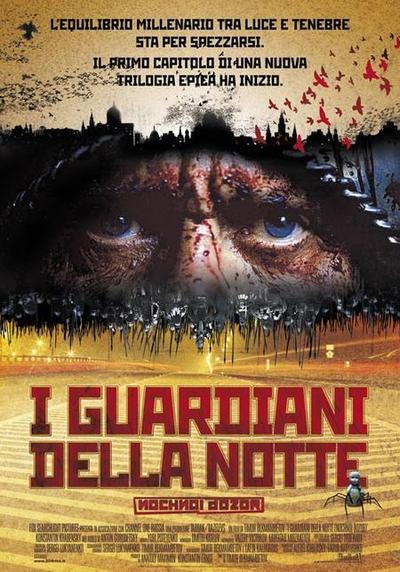 Night Watch (Nochnoy Dozor in original Russian) depicts the on-going struggle between the magical forces of good and evil in present-day Moscow. The movie was eagerly awaited by fans and became an object of an intense advertising campaign in all media. Its US $3mln budget – an incredible sum for a local movie – and plentiful special effects, also a novelty for Russian cinema with its established traditions of inexpensive quality dramas and solid adaptations of literary classics, were to make Night Watch Russia’s equivalent of an American summer blockbuster. The producers actually went as far as officially calling it “the first Russian blockbuster” long before it had the chance to appear on screen. Even Russia’s own Oscar winner and self-styled national sage director Nikita Mikhalkov, while admitting that the film “wasn’t his thing”, said that it was “cool” and called it Russia’s “answer to Quentin Tarantino”. Serious praise indeed – after all, only a dirty mind would suspect Mikhalkov of still being sore at old Quentin for “stealing” his Palme d’Or in Cannes back in 1994.
Lightsaber, Anyone?

The movie is based on the first novel in a popular fantasy trilogy by best-selling Russian sci-fi author Sergei Lukyanenko, whose teenager-oriented yarns are notorious for their obsessively frequent, ahem, “retellings” of classic and not-so-classic but equally famous themes and storylines. The plot of Night Watch centers on the clash between the two factions of the so-called Others, the first side belonging to the Light and the second one – you guessed it – to the Darkness, the said Others themselves being mages, warlocks, witches and vampires. A pact prevents either side from gaining the upper hand or else the precious balance of power is lost and the entire world perishes. A small boy of immense magical potential and the ability to radically shift the balance is fought over by these two factions of good and evil before finally deciding – would someone play the Imperial March, please? – to join the ??????????. End of Part One. Anything sounds familiar? Oh yes, there’s also a flashback to an epic Lord of the Rings style battle.

Although the script of Night Watch was written by Lukyanenko himself and the movie is obviously aimed at fans first, its actual relation to the book is rather dubious, as many significant alterations were made to the storyline and the characters. Just to give you an idea, one amateur reviewer on the Internet blasted at these alterations saying that if Harry Potter was similarly changed, he’d be living with his grandmother, flying on a vacuum cleaner with turbo jet propulsion engine and using martial arts against Lord Voldemort.

Meanwhile, Russia’s prime airline company Aeroflot proved itself to be the film’s first gravely unhappy viewer, threatening to sue the producers over a scene in which an airliner with Aeroflot logo on it gets caught in a number of unpleasant events caused by black magic. Although at the end of the movie the plane lands safely in Moscow, the distraught airline apparently feels that wicked sorcery and safe flying simply don’t mix.

The Blood is the Life…Almost

Night Watch was directed by Timur Bekmambetov, born in 1962, who is known, apart from his distinctive gritty shooting style, for his reverence for Roger Corman, the extremely prolific American B-movie director and producer of cult fame. In fact, his 1994 movie debut Peshavarskij Val’s (Peshavar Waltz) received favorable response from Corman, who later produced two of his other films, The Arena aka Gladiatrix (2001) and Escape from Afghanistan (2002). While the latter is a follow-up on the theme of the Soviet-Afghan war, started in Peshavar Waltz, Bekmambetov’s first Corman-produced vehicle, The Arena, filmed in Russia and featuring semi-nude (and immaculately manicured) Playboy playmates as female gladiators in the Roman Empire, is truly worthy of the great “King of the B’s” himself. According to official website, although originally released as Gladiatrix, the movie – gory and dead-serious to boot – was renamed for American audience in order to avoid confusion with Ridley Scott’s Gladiator (2000). Right.

The problem is that while Bekmambetov may, indeed, very well be on his way to becoming Russia’s own Roger Corman, his latest creation is being unabashedly publicized as a sort of FX-loaded behemoth destined to blow even the likes of Spider-Man 2 out of the proverbial water – and Russian movie theaters as well. Which it may well do, since Russian audiences hunger for quality domestic cinema no less than those pesky vampires for you know what. Even so, the fact remains – the film’s literal buckets of blood and smudgy special effects do full justice to any number of Western horror B-movies, but simply don’t have what it takes to put the movie in the same league with the big boys out there. True, it has a certain flair, and some scenes are actually quite good, but at times the camera looks as like its lens has been smeared with spittle – or worse. Ani-mation disguised as CGI, a funnel of drawn black specks meant to represent crows and occasional nauseating overacting only add to the overall impression, which is far from perfect, to put it mildly. To be sure, Night Watch is a solid first step for Russia’s escapist cinema, but it still has to make the long hard way to the top. 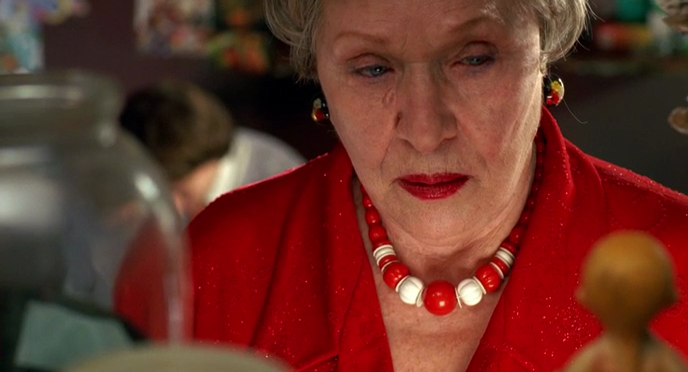 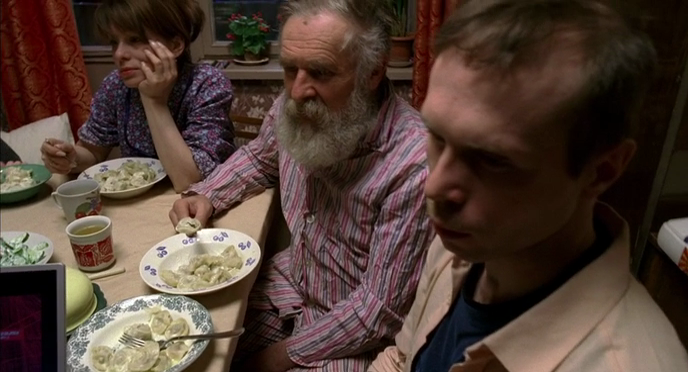 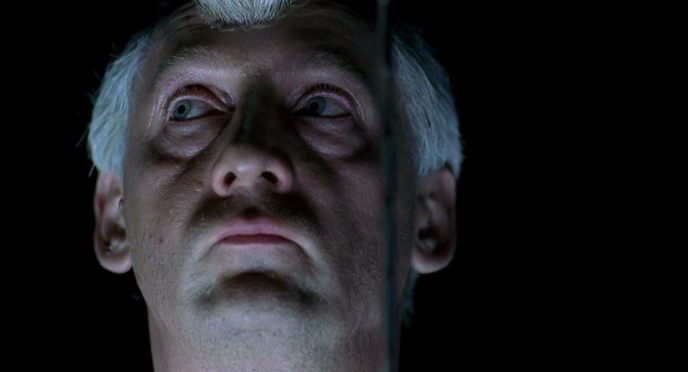