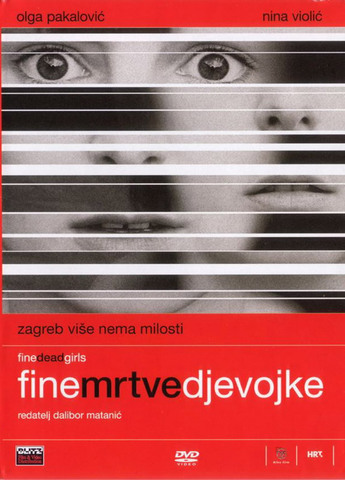 Quote:
Dalibor Matanic directs the fast-paced Croatian film noir Fine Dead Girls. Looking for a small place to live together, medical student Iva (Olga Pakalovic) and her girlfriend Marija (Nina Violic) move into an apartment building in Zagreb filled with addicts, abusers, prostitutes, and other creepy characters. Landlords Olga (Inge Appelt) and Blaz (Ivica Vidovic) are no more friendly than the rest of their neighbors, and their delinquent son, Daniel (Kresimir Mikic), is overly attracted to Iva despite his homophobia. Eventually, Marija’s intolerant father tries to sabotage the two girls, leading to a violent conclusion.
A contemporary and urban story about two lesbian girls, in the middle of modern Zagreb. The film tells a story, in a very fun and interesting way, about the subject that in the Balkans is not discussed but only judged. And all this in the atmosphere of socio-economic fall and social uprising. This brought this film the main award of Pula festival in 2002. “Nice Dead Girls” was the Croatian Oscar candidate in 2003.