Quote:
The year is 1974. A group of five close friends are heading through the back roads of Texas en route to their grandfather’s potentially vandalized grave. Among them are Sally Hardesty, and her invalid brother Franklin. They encounter an unpleasant hitchhiker (Neal) who slashes both himself & Franklin with a wicked-looking knife. The others manage to eject the hitchhiker from the vehicle, but shortly after wards, they are forced to stop & wander over to a small, sinister clapboard house nearby in hopes for gas. What none of them realize is that this house is the home of the ghoulish Leatherface (Hansen) and his evil, demented family of cannibalistic psychopaths. One at a time, the teens are murdered by the evil Leatherface in horrifying ways. Sally soon finds herself an involuntary guest at Leatherface’s home, and flees into the night to escape the demented cannibal and his loudly-buzzing chainsaw. Can she escape the grim fate that befell her friends & brother? Based on the terrifying true story of Ed Gein 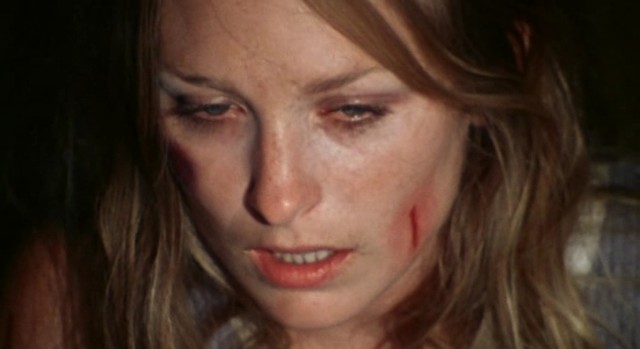 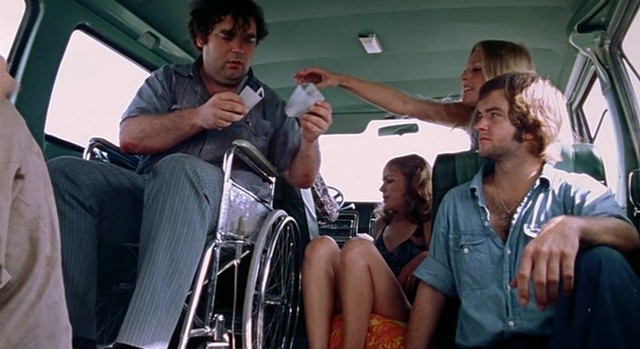 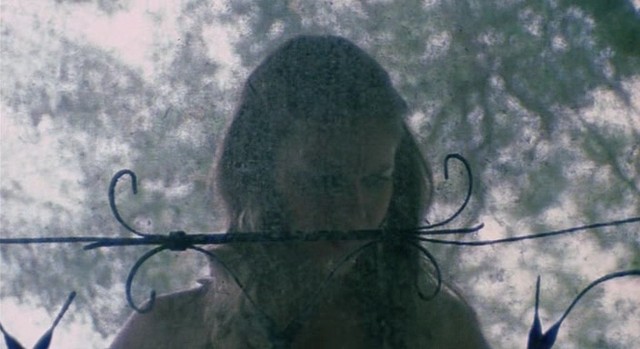 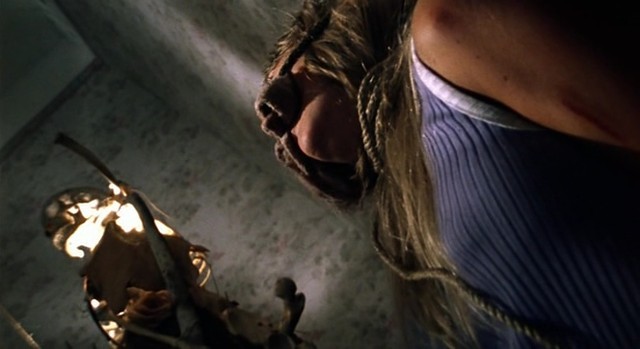 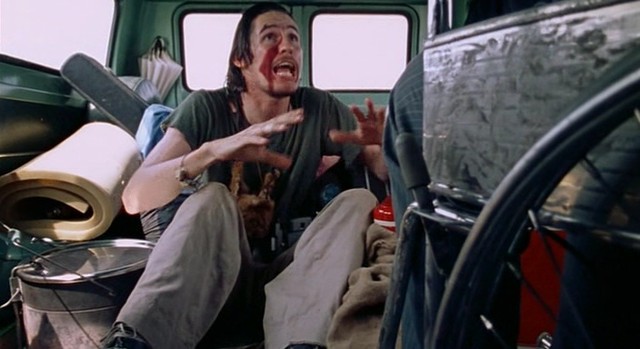