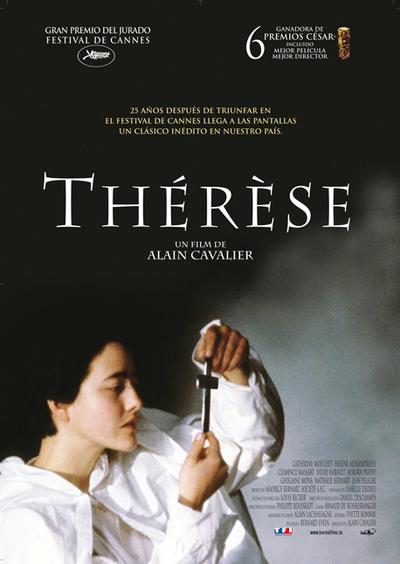 Review from the New York Times website, by Vincent Canby :
“Thérèse”, Alain Cavalier’s cool, unsentimental, astonishingly handsome consideration of the life of St. Therese of Lisieux (1873-1897), is a far cry from “The Song of Bernadette.” Here are no heavenly choirs, no visions bathed in celestial light, no skeptics suddenly transformed into believers by miraculous, not otherwise explicable phenomena. Instead, “Thérèse” is resolutely objective. It examines the religious faith and exaltation of Thérèse Martin, later to be known as the Little Flower of Jesus, in the pragmatic way with which she herself seems to have accepted the experience of her conversion. As played – radiantly and with a good deal of humor – by Catherine Mouchet, Thérèse remains a mystery not to be analyzed but to be accepted as a fact of church history.

“Thérèse” is one of those rare films whose visual beauty is not ornamental or a substitute for something else. It’s been composed by Mr. Cavalier, and photographed by Philippe Rousselot, as if it were a series of tableaux, set against what appears to be a neutral, yellowy-green backdrop, on a stage so shallow that the camera’s only choice is to move from side to side and, on occasion, into a close-up. Though “Thérèse” initially looks theatrical, it doesn’t look like filmed theater. The screenplay picks up Therese as a young teen-ager planning to join two of her older sisters who are already in the Carmelite order. Nothing about convent life surprises or deters her, not the worldliness of some of the nuns, the intense sexual feelings of others or even the eccentricities of the mother superior. On Christmas Eve, the nuns mark the birthday of “our husband-child” with champagne and oysters and by dancing and taking turns cradling a doll that may be just a toy or the Christ Child. At one point, Thérèse admits to the mother superior that she wants to be a saint. When she’s told that she’s full of pride, she says she’ll be a quiet, secret saint. The film celebrates Thérèse’s mysticism in a manner that remains utterly rational – exemplified by its series of short, pungent scenes that have such visual clarity they appear to have been lighted by bolts of lightning. 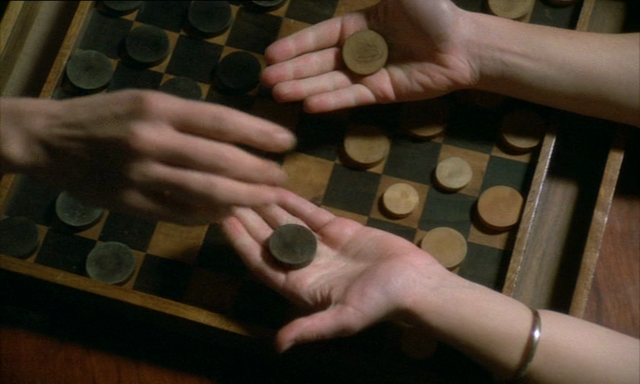 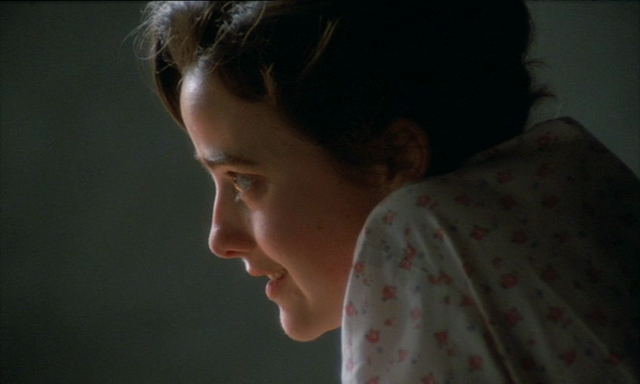 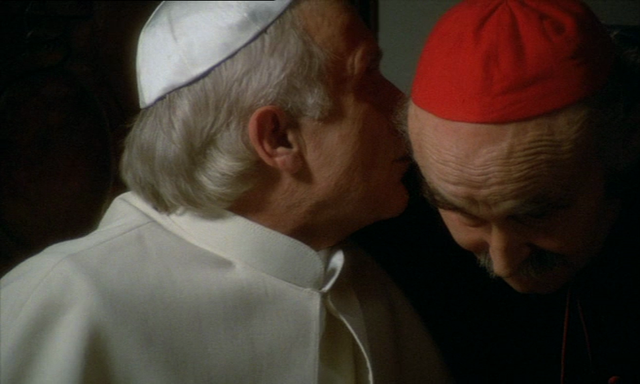 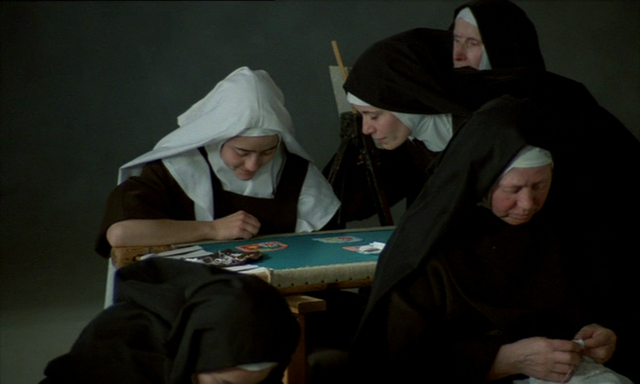 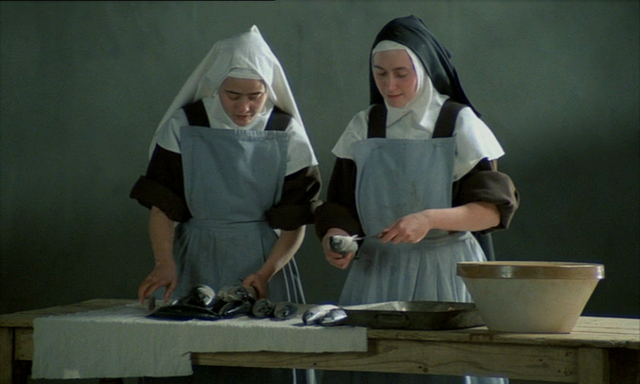 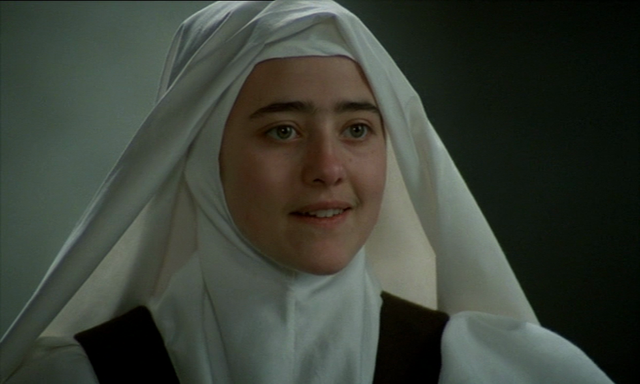 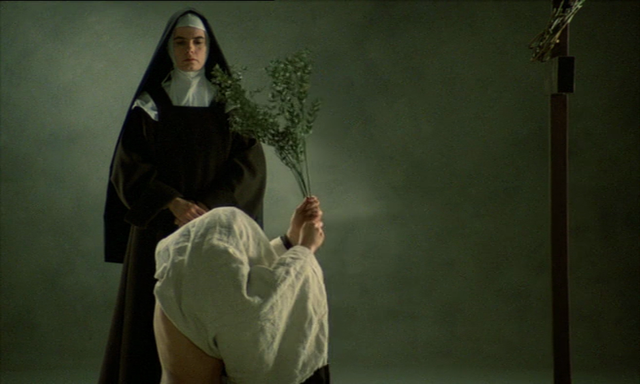 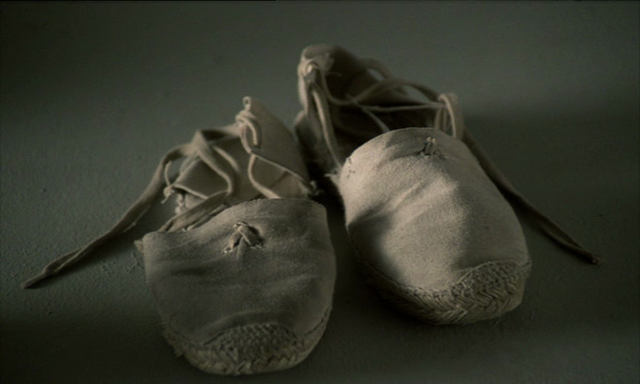