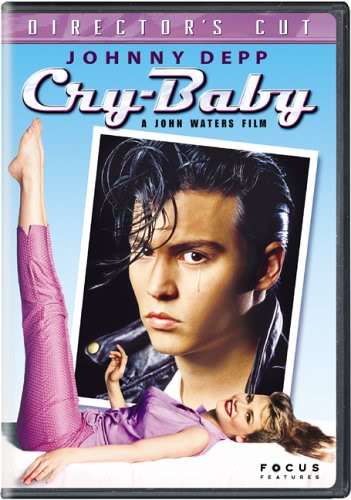 The film is a parody of teen musicals (particularly Grease) and centers on a group of delinquents that refer to themselves as “drapes” and their interaction with the rest of the town and its other subculture, the “squares”, in 1950s Baltimore, Maryland. “Cry-Baby” Walker, a drape, and Allison, a square, create upheaval and turmoil in their little town of Baltimore by breaking the subculture taboos and falling in love. The film shows what the young couple has to overcome to be together and how their actions affect the rest of the town.

Part of the film takes place at the now-closed Enchanted Forest amusement park in Ellicott City, Maryland. Others take place in the historic towns of Reisterstown, Jessup, Milford Mill and Sykesville, Maryland.”

“If you took Grease and early Elvis movies like Jailhouse Rock, mixed them in a blender, and added some special Waters touches, then you’d have Cry-Baby. It’s a gas! But unfortunately it flopped big time, when released to confused audiences, in its initial theatrical run. Depp was then starring in a Fox television series called 21 Jump Street, which was a hit with kids, and was a true “teen idol.” But here he was in a movie high school girls didn’t understand. Meanwhile, true hardcore John Waters fans were appalled at the Hollywood-mandated PG-13 cut, and many cried foul, accusing the “Pope of Trash” of selling out. The movie took in only eight million dollars in domestic box office, a little over half of its cost. Universal has now allowed the director to add back some deleted sequences, and finally – fifteen years later – we get a chance to take a look at the movie one more time. Surprisingly, it’s better than ever. But then, I’m a “Drape” at heart, with a thing for Traci Lords (who made her “legitimate” motion picture debut in Cry-Baby).”

“The cast was filled with unlikely stars for any Hollywood production. Traci at the time was being investigated by the FBI for her involvement in those adult movies, but she certainly wasn’t the only one who had been target of scandal and infamy (most of the cast and crew readily admit they had been incarcerated). Iggy Pop (Coffee and Cigarettes) shows up as Cry-Baby’s uncle, and Oscar winner – as well as famous drunken hag – Susan Tyrell (Forbidden Zone) plays his wife Romona. Patty Hearst and Joey Heatherton both appear all too happy to play in a musical to escape their tawdry pasts. Warhol-ite and porn idol Joe Dallesandro gets to play a preacher, and Waters veteran Mink Stole also appears. Then you have some legendary actors all contributing to the mix of odd characters. Stage and screen legend Polly Bergen (Cape Fear) joins other silver screen idols like Troy Donahue (Parrish), Dave Nelson (Ozzie and Harriet), and Willem Dafoe (The Last Temptation of Christ). Ricki Lake (Hairspray) returns to Baltimore for another role with Waters. And who could ever forget Kim McGuire as the rather crazy “Hatchet Face,” who gets all the film’s best visual gags thanks to her unique looks? Everyone seems to be in on the joke of the film, and they play their campy roles with sincerity as well as a tongue planted in a cheek.

Cry-Baby was financed by Imagine Films after an all-out bidding war for Waters erupted after the success of Hairspray. Suddenly the guerrilla film maker from Baltimore was seen as a bankable talent, and Hollywood wanted to inaugurate him into the mainstream. For the first time John Waters had a big budget, union people working on technical aspects of the film, the best in the business on hand for music recording, and a real choreographer. Unfortunately, he also had to answer to a studio that demanded a PG-13 rating, and organized re-shoots of key sequences when the film tested poorly in a suburban shopping mall screening. The film was cut down severely, and mismarketed as a real teen movie instead of the spoof it was. Yet Cry-Baby still has some uniquely Waters moments and a wonderful sense of abandon and glee. Even though Johnny Depp and Amy Locane did not do any of their own singing (that would be James Intveld and Rachel Sweet), they do a great job performing the numbers and dancing as if they had. This is the movie that took Depp from the bowels of teenage pin-up boyhood to movie stardom. Like most of his performances you can see who he was thinking of when he acted the role. This time, it’s Elvis. Strange irony that in this, his first big lead in a studio film, he did Presley, and then this year he’s accused of imitating the King’s son-in-law – Michael Jackson. Locane seems to channel Ann-Margret – her final song, sung on top of a car outside the jail, makes her the spitting image of the red-headed sex kitten.” 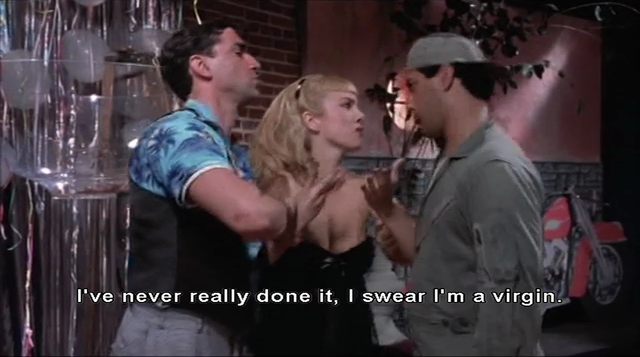 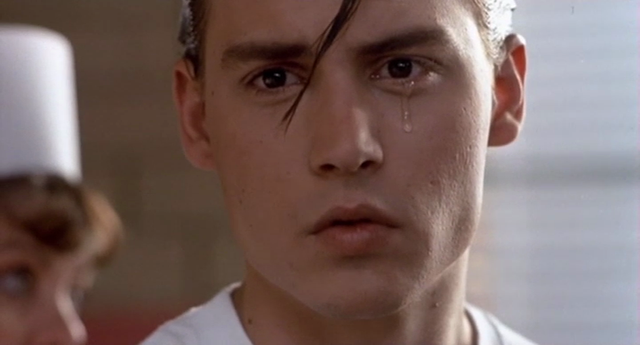 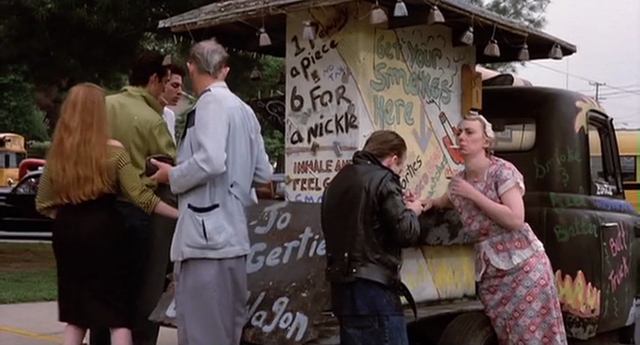 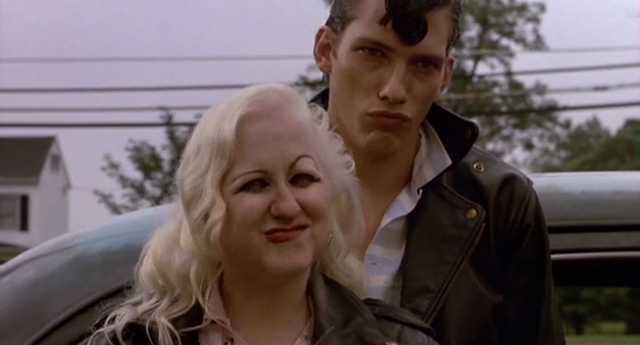 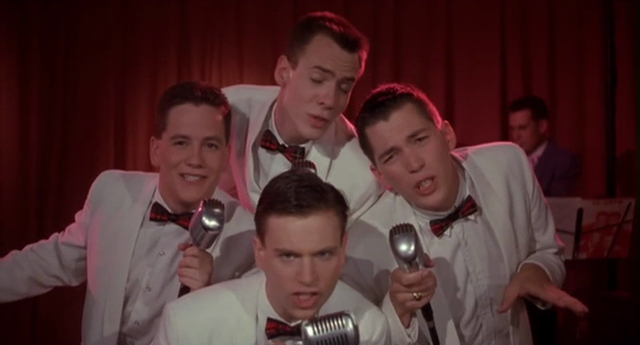 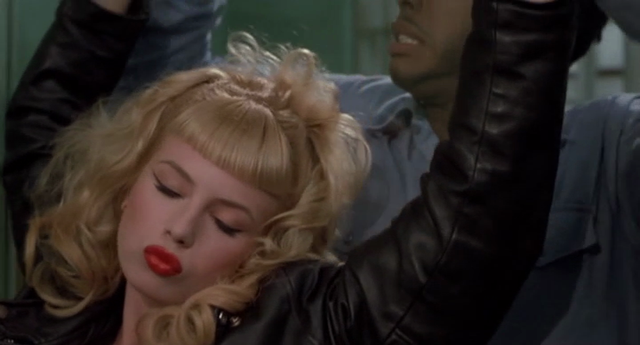