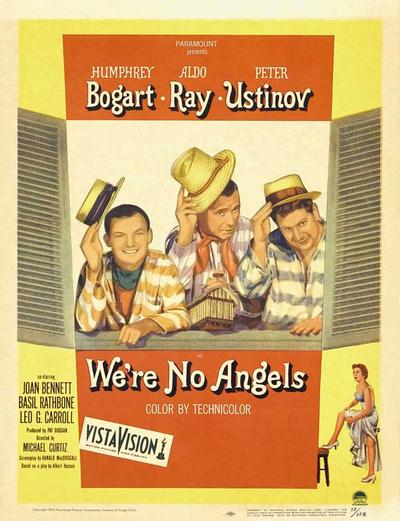 Samuel and Bella Spewack’s English adaptation of French playwright Albert Husson’s morbidly humorous stage piece My Three Angels was brought to the screen as the heavily laundered but still wickedly funny We’re No Angels. The scene is French Guiana, a few days before Christmas. Humphrey Bogart, Peter Ustinov and Aldo Ray play three Devil’s Island “lifers” who escape from the infamous prison and hide out amongst the free colonists. In need of clothing and money, the trio makes plans to rob milliner Leo G. Carroll and his family. “We’ll cut their throats for a Christmas present”, Bogie, a convicted forger, remarks laconically. “That might spoil one’s belief in Santa Claus” replies philosophical wife-murderer Ustinov. The three escapees are deflected from their larcenous intent when they grow fond of Carroll, his wife Joan Bennett and their daughter Gloria Talbott. Discovering that Carroll is on the verge of bankruptcy, the convicts offer their services as household help (the sight of Bogie in an apron is worth the admission price in itself).
Complications ensue when Carroll’s nasty, wealthy cousin Basil Rathbone comes calling to audit the store’s books. Not wishing to see the family evicted, the convicts calmly discuss the possibilities of murdering the troublesome Rathbone. They are saved the trouble when Adolphe, the pet poisonous snake owned by Ray, slithers out of its box and accomplishes what the convicts had only contemplated. Adolphe also helps smooth the path of happiness for Carroll’s daughter Gloria, who thinks she’s in love with Rathbone’s duplicitous nephew John Baer. From all reports, the set of We’re No Angels was a happy one, a fact reflected in the warm, engaging performances of its stars. The film represented the final screen collaboration between star Humphrey Bogart and director Michael Curtiz.by Hal Erickson 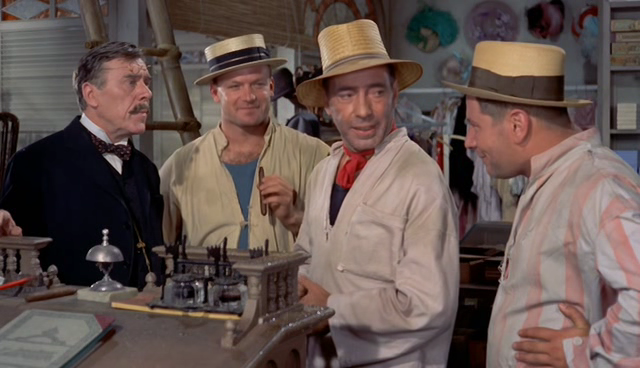 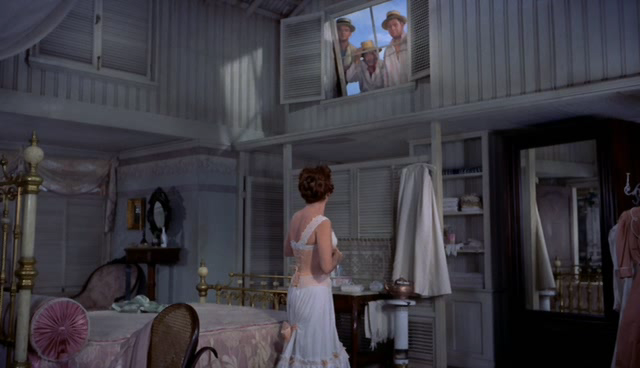 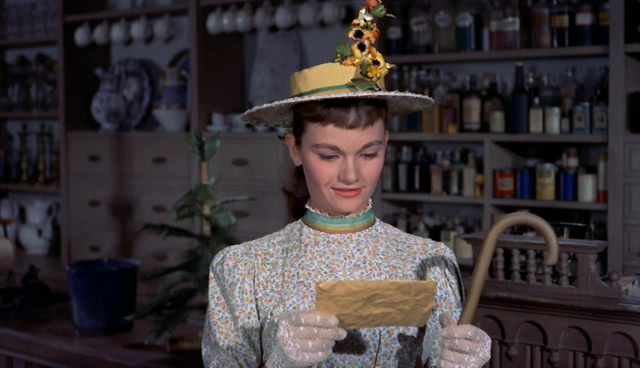 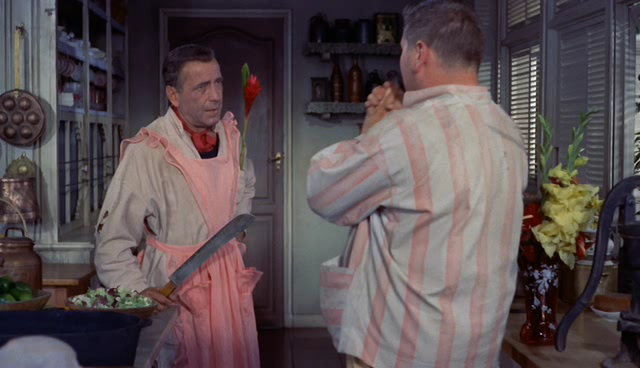 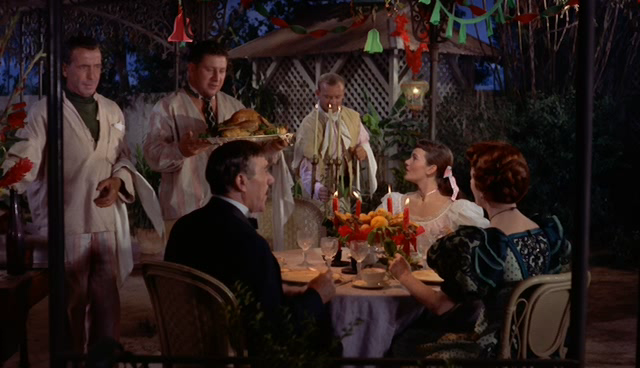 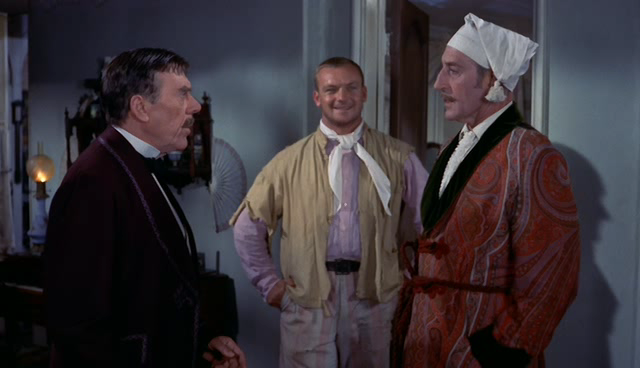