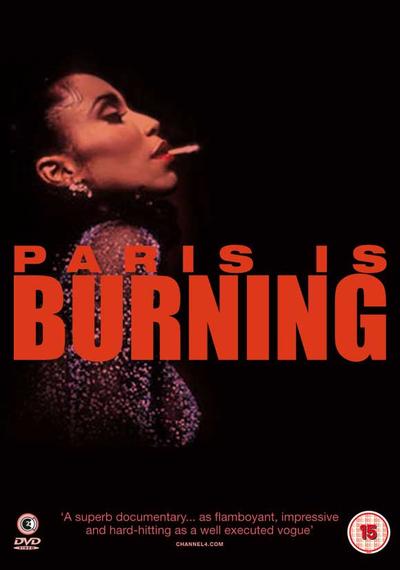 Documentary about the Harlem drag balls thrown by predominantly inner city black and Latino gay men in the mid-1980s. The film features footage of the actual “drag” pageants, as well … Full Descriptionas interviews with ball participants, who describe their backgrounds and dreams, and the intricacies of their rich and detailed dialect. A fascinating look at the complexities of this elaborate subculture.

An unblinking, behind-the-scenes story of the young men of Harlem who originated “voguing” and turned these stylized dance competitions into a glittering expression of fierce personal pride.

Appearing in the film were: Andre Christian; Dorian Corey; Paris Dupree; Pepper Labeija; Junior Labeija; Willi Ninja; Sandy Ninja; Freddie Pendavis; Sol Pendavis; Avis Pendavis; Octavia Saint Laurent; Stevie Saint Laurent; Angie Xtravaganza; Bianca Xtravaganza; Brooke Xtravaganza; Carmen Xtravaganza; Danny Xtravaganza; David Xtravaganza; David Ian Xtravaganza; David the Father Xtravaganza; Venus Xtravaganza And all of the legendary children and upcoming legends. Funding provided by: The National Endowment for the Arts; Jerome Foundation; New York State Council on the Arts; New York Foundation for the Arts; Paul Robeson Fund; Edelman Fund; Art Matters Inc.; BBC Television Film was “In Memory of David Baer, Kevin Sutton, Lee Marks, and Richard Roland Livingston.” Venus Xtravaganza was murdered not long after production ended in 1989. Dorian Corey, 56, died of AIDS on August 29, 1993. In a “New York Times” interview, he explained why he did the film, saying, “I didn’t do it for the money. I did it for fun. Always have. You see I was in show business for years, so when my 15 minutes finally came up, it was gravy.” In addition to performing regularly, Corey had his own clothing design business. In the film, Corey said, “Everybody wants to leave something behind them, some impression, some mark upon the world. And then you think, you’ve left a mark on the world if you just get through it and a few people remember your name. Then you’ve left a mark. You don’t have to bend the world. I think it’s better just to enjoy it. Pay your dues and enjoy it. If you shoot an arrow and it goes real high, hooray for you.” Pop icon Madonna launched voguing as a brief dance trend in 1990 with her hit record, “Vogue.” Feature-film debut for director Jennie Livingston. Named Best Documentary of 1990 by the Los Angeles Film Critics Association. Named Best Documentary of 1991 by the New York Film Critics Circle, the National Society of Film Critics, and the Boston Society of Film Critics. Received the Grand Jury Prize at the 1991 Sundance Film Festival. Livingston received the Open Palm Award from the first Independent Feature Project Gotham Awards in 1991. The prize consists of $10,000 worth of donated services from General Camera and TVC Labs to be used on her next project. Video version runs 76 minutes, while the theatrical version runs 71 minutes. Video features an epilogue that tells what has happened to some of the subjects after production stopped. A 58-minute version was screened at a New York City festival in 1990. Definitely not to be confused with “Is Paris Burning?”, the 1966 French-American co-production about the liberation of France in World War II. Film starred Jean-Paul Belmondo, Charles Boyer, Leslie Caron, Jean-Pierre Cassel, Claude Dauphin, Alain Delon, Kirk Douglas, Glenn Ford, Yves Montand, Simone Signoret, Robert Stack, and Orson Welles. “Is Paris Burning?” was written by Gore Vidal and Francis Ford Coppola from the Larry Collins-Dominique Lapierre book and was directed by Rene Clemens. Title is taken from one of the larger drag balls, also titled “Paris Is Burning” and hosted by Paris Dupree. Estimated budget $375,000. Filmed in Harlem, New York City. Filming began in 1987 and was completed in 1989. Color by DuArt. Shot in 16mm. Titles by Borden Elniff and opticals by Eastern Optical EFX. Screened at New York’s New Festival of Gay and Lesbian Film (as 58-minute video), Los Angeles International Gay & Lesbian Film & Video Festival, Toronto Festival of Festivals, Margaret Mead Film Festival, Independent Feature Film Market in 1990. Screened at Sundance Film Festival, Berlin Film Festival, Biennial Exhibition and the Whitney Museum of American Art in New York City, Deauville Film Festival, and Birmingham International Film & Television in 1991. Broadcast in a shorter version over the BBC television network on the program “Arena” in the UK April, 1990. Released in New York City at the Film Forum March 13, 1991, where it ran for a record-breaking 17 weeks. Benefit premiere in Los Angeles for AIDS Project August 7, 1991. Released in USA August 9, 1991. Released on video September 23, 1992. In its initial theatrical release, the film had no MPAA rating. In January of 1992, it was given an “R” rating. Reviewed in New York Times March 13, 1991, and in Los Angeles Times August 9, 1991. 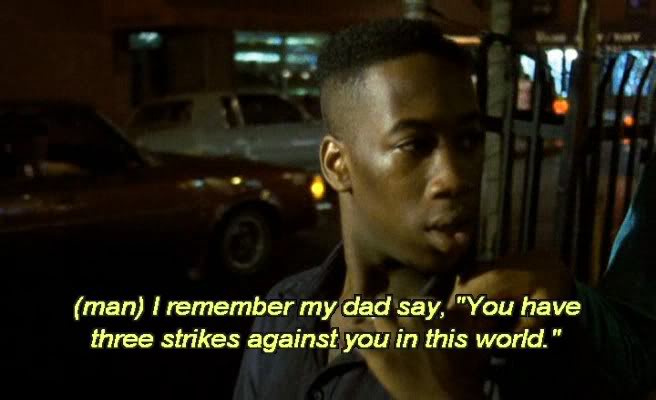 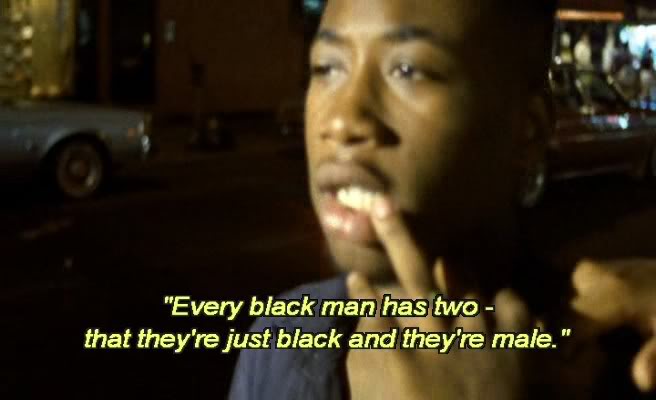 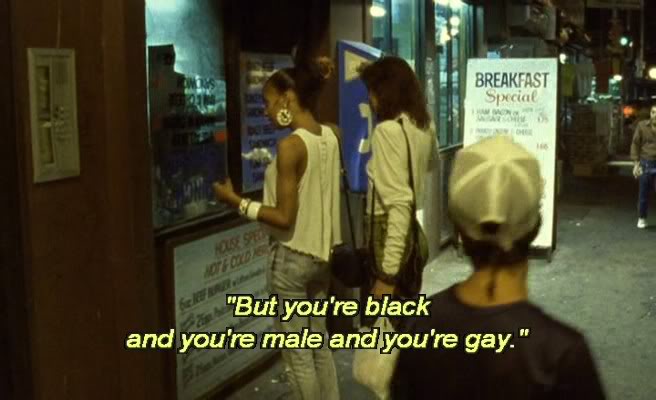 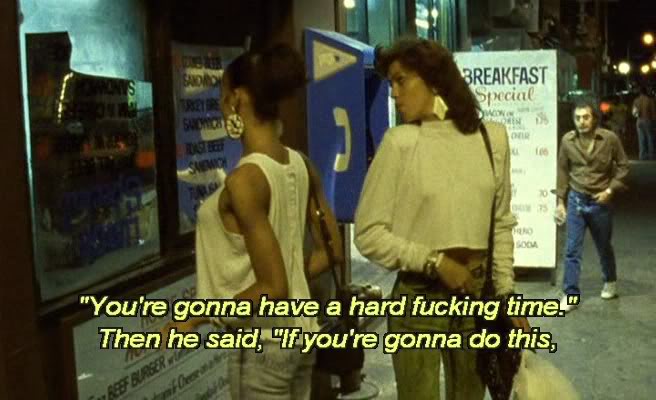 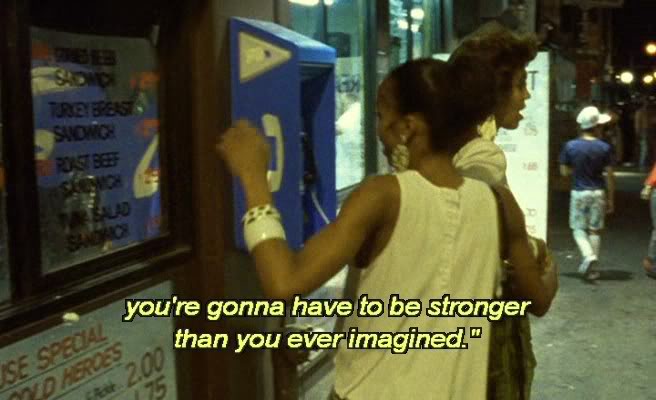 The young men featured in Paris Is Burning, Jennie Livingston’s witty and profound documentary about the rituals of the new urban drag-queen subculture, sometimes recall the female impersonators of the ’50s, ’60s, and early ’70s. Those haughtily ironic exhibitionists performed in back-room nightclubs and hid themselves behind wigs, false eyelashes, and sequins, frequently imitating the famous stars (Monroe, Garland, Streisand) whom they felt incarnated their secret, glamorous selves. The black and Latino gays in Paris Is Burning compete at drag balls (the movie takes its name from one in Harlem), where the ultimate object isn’t simply to become a beautiful woman but to be ”real” — to duplicate, with utter perfection, the form and essence of a straight person. This goal, an almost metaphysical recasting of the desire to ”pass,” represents a fusion of gay and ethnic anxieties regarding the lust for acceptance in mainstream society. (The irony, of course, is that the people here attain ”realness” when they’re least like themselves.) What’s being judged —as it was in the old drag clubs — isn’t merely a costume but an act, an élan, an ability to crawl inside the skin of your own fantasy.

Yet something crucial has changed. The people in Paris Is Burning, most of them in their teens and early 20s, are, for the most part, children of gay liberation. They’ve grown up well aware that their sexuality renders them different (at least in society’s eyes), but, to a large extent, they’re free of the knotted layers of guilt, self-pity, and recrimination that marked American homosexual culture when it was still in the closet. And so they can meld with their roles in a way that earlier generations of gay fantasists didn’t dare.

In Paris Is Burning, the role models — the people everyone wants to be — aren’t outsize; they’re shockingly life-size. The categories of drag aren’t even limited to cross-dressing. Many of the contestants dress up as male archetypes — a businessman in a three-piece suit, say, or a military officer. In this post-Warholian universe, the images of glamour haven’t been molded primarily by movies or even by rock & roll but by advertising — by the capitalistic media culture of the ’80s. The inner-city ball participants still dream of being stars, only now their idols are fashion models such as Iman or Paulina Porizkova, or filthy-rich fantasy figures like Dynasty’s Alexis Carrington, or the sort of generically sexy types who show up in TV commercials and magazine ads. These kids belong to a new, cool breed of existential gender-benders. They want to be beautiful and they want to be rich, and the way they see it, the two states have become virtually inseparable.

Paris Is Burning is the most passionately empathetic piece of documentary filmmaking I’ve seen since Streetwise, the brilliant 1985 portrait of homeless teens in Seattle, and The Decline of Western Civilization Part II (1988), Penelope Spheeris’ sly and galvanizing heavy-metal collage. In a way, Paris is a cross between those two films — a tale of dispossessed youth taking refuge in their own narcissism. The movie is riveting simply for the details it provides of the drag-ball subculture — the postmodern slang, the voguing duels (which, prior to Madonna’s sugarcoated appropriation, were essentially gang fights turned into self-referential dance contests), the tensions between ridicule and reverence that render the balls themselves a kind of proletarian performance art. What makes all of this indelible is the people we meet: the funny and self-mocking ”legend” Pepper LeBeija; the super- model wannabe Octavia Saint Laurent, who flashes a ravishing smile; and, most hauntingly, the innocent and sultry teen prostitute Venus Xtravaganza, who, with his doomed dreams of middle-class bliss (and of finally getting a sex change), is like a Dickensian waif turned into a surreal emblem of late-20th-century yearning. 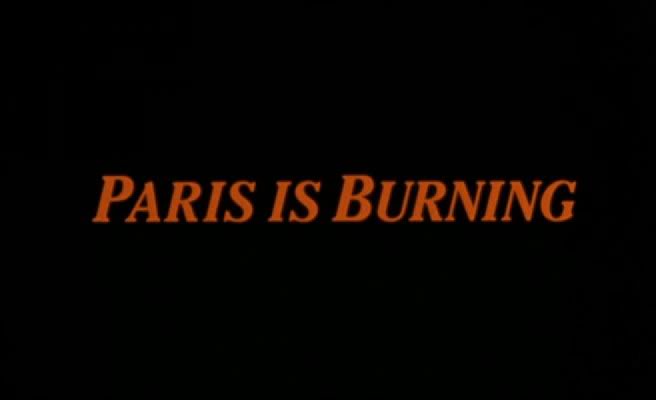 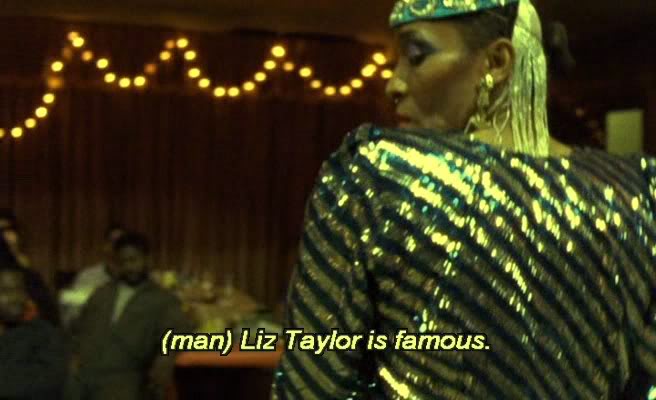 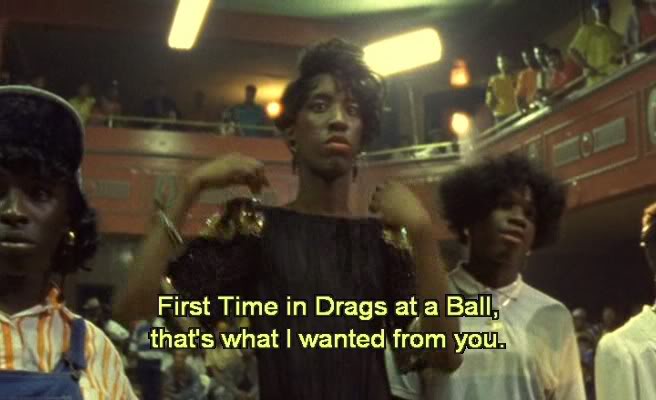 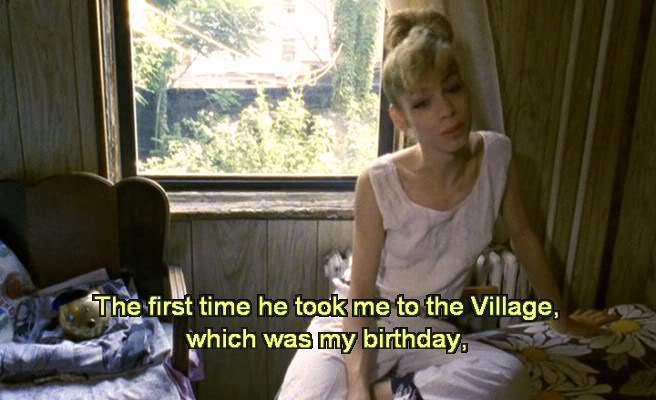 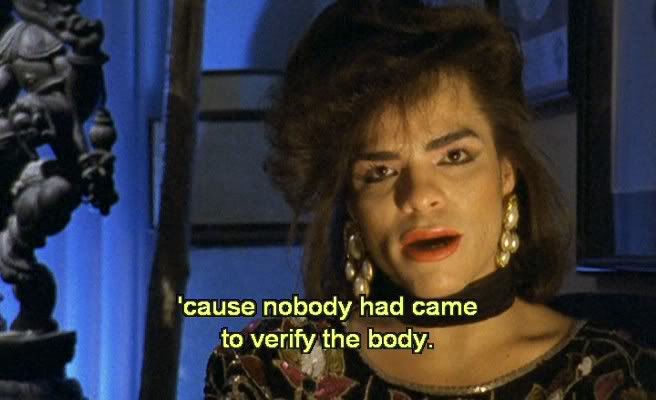