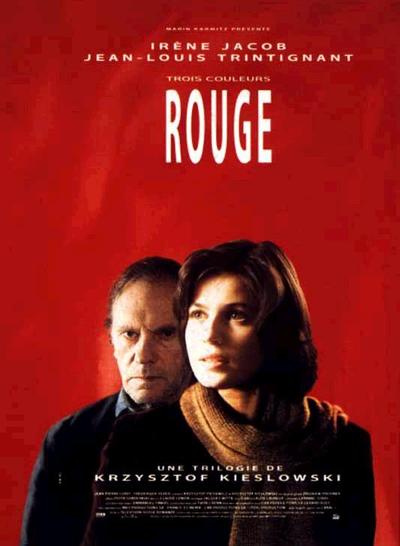 Synopsis
The concluding chapter in filmmaker Krzysztof Kieslowski’s “Three Colors” trilogy, Red stars the luminous Irène Jacob as Valentine, a young student and fashion model who befriends a bitter former judge (Jean-Louis Trintignant, his character a proxy for Kieslowski himself). Their accidental meeting is just one of the many chance encounters woven through the narrative fabric of this feature, the most accomplished effort in Kieslowski’s highly ambitious series. Like its predecessors, Red corresponds to a color of the French flag, as well as the color’s symbolic attributes. The subject here is fraternity, and indeed, its central characters are all closely connected, their destinies locked on a collision course. The film’s final scene even ties up the trilogy by bringing together the protagonists of the other features.
~ Jason Ankeny, All Movie Guide

Review
After ‘Blue’ and ‘White,’ the Rosiness of ‘Red’
In the dense, archly mysterious films of Krzysztof Kieslowski, bold but ineffable patterns shape the characters’ lives. Coincidences, missed opportunities, overbearing visual clues and strange, haunting parallels: all of these contribute to a gradually emerging sense of destiny. Stories develop like photographs in a darkroom. They are sharply defined only in retrospect, when the process is complete.
So it is with “Three Colors,” the schematic, madly audacious trilogy that is Mr. Kieslowski’s latest work, after “The Double Life of Veronique.” (Claiming to be through with film making, the 53-year-old Mr. Kieslowski also insists that it will be his last.)
The arrival of “Red,” this series’ last installment, is an event in its own right. (It will be shown tonight at 9 and tomorrow at 6 P.M. as part of the New York Film Festival.) In fact, “Red” succeeds so stirringly that it also bestows some much-needed magic upon its predecessors, “Blue” and “White.” The first film’s chic emptiness and the second’s relative drabness are suddenly made much rosier by the seductive glow of “Red.”
Not for nothing is red the warmest of these three colors, which Mr. Kieslowski has taken from the French flag. Nor is it unhelpful that “Fraternite,” the theme that follows “Liberte” and “Egalite” in his series, is potentially the most engaging of his subjects. “Red” gets an additional leg up from the presence of two exceptionally fine actors, Irene Jacob and Jean-Louis Trintignant, who are perfectly suited to playing polar opposites here. They act their roles in an intricate story of friendship and deliverance while also serving as tuning forks for the director’s larger intuitions.
“I feel something important is happening around me,” one of them says, describing the gripping, legitimately portentous mood Mr. Kieslowski captures best. As the earlier films (particularly “Blue”) made clear, such thoughts can have a hollow ring when not borne out by a larger meaning. The greatest virtue of “Red” is its profound sense of purpose. At last, making the whole trilogy transcend the sum of its parts, Mr. Kieslowski abandons the merely cryptic in favor of real consequence.
In addition to being the best-acted of these three films, “Red” is the one that weaves the most enveloping web. Working more assuredly and less arbitrarily than he did at the series’ start, Mr. Kieslowski plays deftly with the crossed wires that either connect or separate his principals in mysterious ways.
Early in the film, a literal image of telephone cable is enough to question what it means for these characters to communicate. When Valentine (Ms. Jacob) makes a phone call to her lover, Michael, a phone is seen ringing in the apartment of Auguste (Jean-Pierre Lorit), who lives across the street from Valentine. Why? Valentine and Auguste do not precisely know each other. But maybe they do, or should, or will. Mr. Kieslowski is particularly expert this time in constructing puzzling, overlapping patterns that bind lonely people together. A higher order can be glimpsed, quite movingly, beyond such bonds.
Satisfying even on the level of gamesmanship, with the film maker reaching new heights of mischievous color-coding, “Red” is bolstered by a more deeply contemplative side. Valentine, the young model whose very name evokes the title color, accidentally makes contact with a bitter ex-judge (Mr. Trintignant), who lives in a Geneva suburb called Carouge. Many of the film’s encounters are unwitting, with characters moving like ships passing in the night, but Valentine meets the judge through a direct collision.
After her car hits the judge’s dog, she carries it to his house, finding herself face to face with a cruel recluse who rejects his own pet and spends time spying electronically on his neighbors. One of these is Karin, whose romance with Valentine’s neighbor Auguste will turn out to be a strange echo of events in the judge’s life. Karin has a telephone job dispensing “personal weather forecasts” for travelers, which is wittily appropriate. Even when their paths intersect, these characters remain separate enough to require their own individual weather.
The idea of fraternity emerges through Valentine’s highly charged encounters with the judge. Though not a love story in any conventional sense, “Red” is very much about the redemptive power of love. Ms. Jacob, the enchanting star of “The Double Life of Veronique,” once again displays a lovely, eager naturalness that encompasses all the complexities of this director’s work. Mr. Trintignant, moving from brusqueness to tenderness, transforms himself memorably, and in the process communicates real fraternity, an acceptance and generosity that go beyond the bounds of ordinary romance.
“Red,” which is itself filled with echoes and foreshadowing (greatly heightened by Zbigniew Preisner’s insinuating music), culminates in a ferry crossing with an eerie similarity to the one in last week’s news. As a red advertising billboard of Valentine becomes a prophecy, she is brought together with the principals from “Blue” and “White.” This juxtaposition of destinies, which is not made to tie up narrative loose ends, is satisfying without being pat. Speaking hauntingly of new beginnings, it raises the wish that Mr. Kieslowski, now working at the height of his enigmatic powers, would take his own advice.
by Janet Maslin, New York Times, 04.10.1994 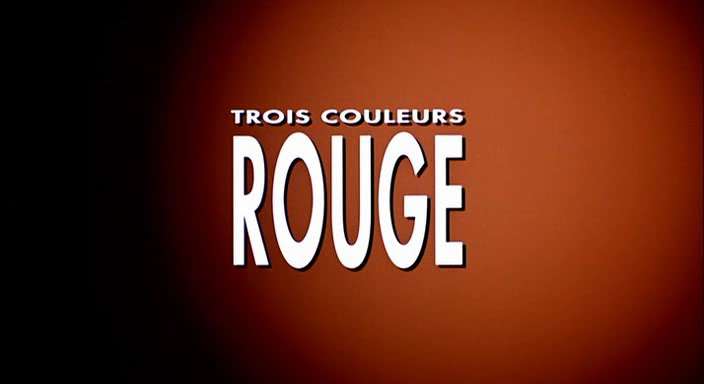 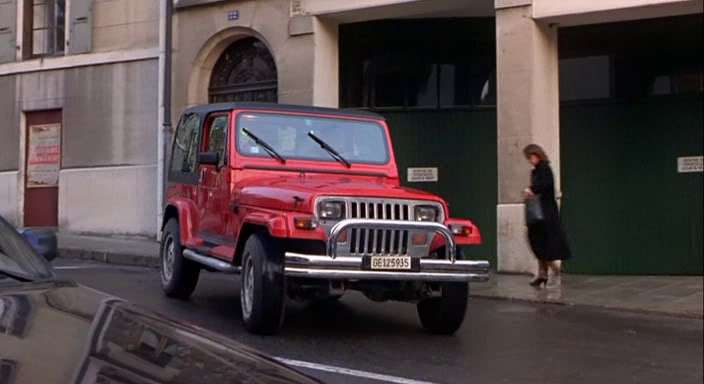 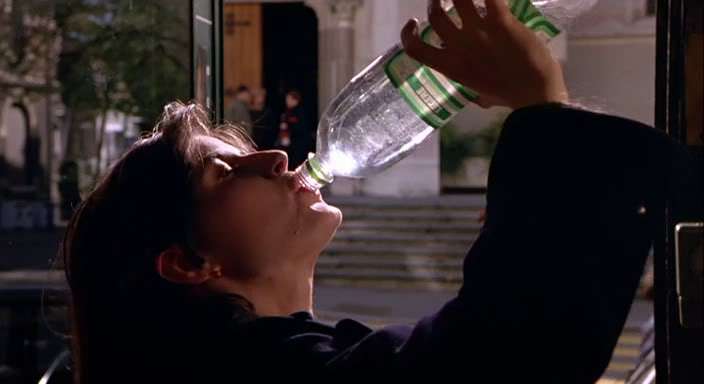 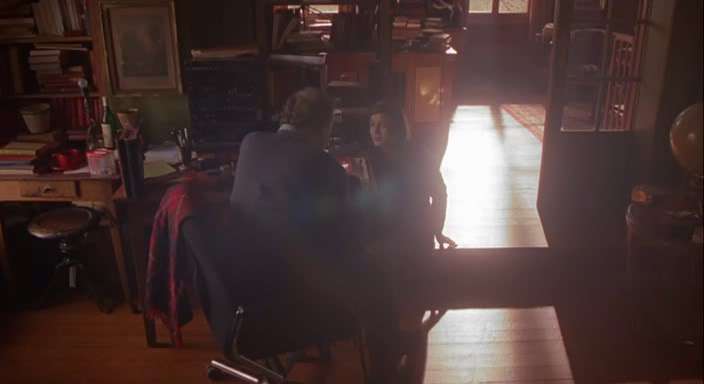