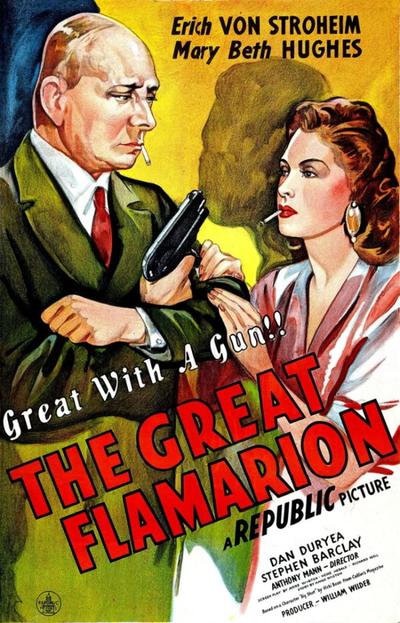 Synopsis (All Movie Guide)
—
This ambitious independent production was packaged by producer W. Lee Wilder, brother of Billy Wilder, and distributed by Republic. The title character, played with relish (and a bit of mustard) by Erich Von Stroheim, is an arrogant vaudeville artiste specializing in a trick-gunshot act. A dyed-in-the-wool misogynist, Flamarion at first pays little attention to his beautiful assistant Connie (Mary Beth Hughes)-just as well, since Connie is already married to Flamarion’s other assistant, Al Wallace (Dan Duryea). Bored with marriage, Connie begins playing up to her boss, the result being the “accidental” death of Al during Flamarion’s act. Having committed murder for Connie’s sake, Flamarion fully expects to be sexually compensated-but he doesn’t know the treacherous Connie as well as the late Al did. Future cult favorite Anthony Mann’s direction is rather perfunctory, suggesting perhaps that he was somewhat intimidated in the presence of the flamboyant Von Stroheim. — Hal Erickson 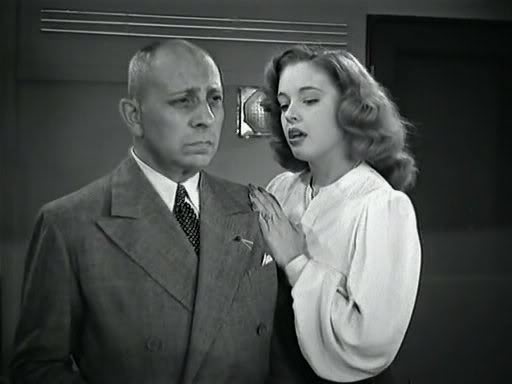 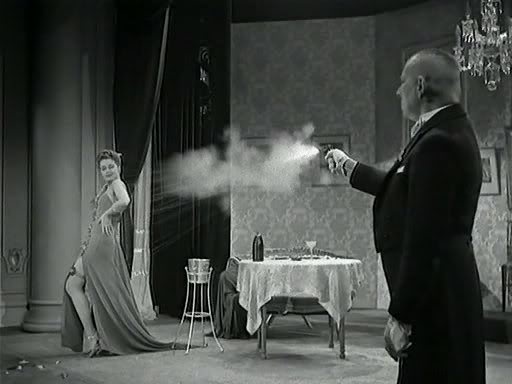