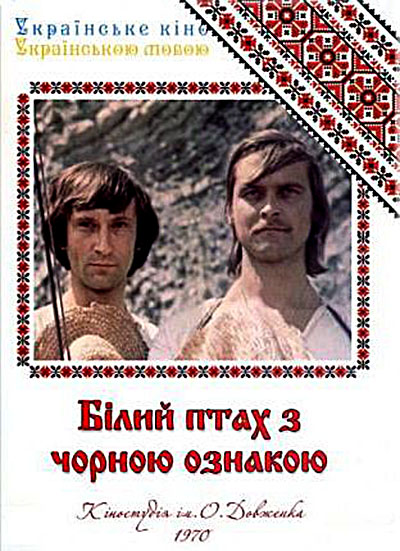 Quote:
Colourful ‘optimistic tragedy’ of a poor family in Ukraine, living in the Carpathian mountains near the Romanian border, during the Second World War. Five sons of the family make up the village band, but as the battles between the Nazi-supported Ukranian nationalists and the Soviets go on, their band loses one player after another.

Winner of the Grand prize at the 1971 Moscow Film Festival, White Bird with a Black Mark is set in western Ukraine, in an area that has passed through the control of several nations over the centuries. despairing at the poverty of is family, a boy decides the stork is the cause of all their problems, and sets out to kill it. But soon everyone’s situation will be challenged, as World War II breaks out and the region is carved into warring battle zones, with brother being forced to fight against brother. Yuri Illienko once again brings his dazzling poetic vision to this tale of loyalty to family, to nation, to state—and to oneself. The film is widely considered one of the most important works of the Ukrainian film heritage.