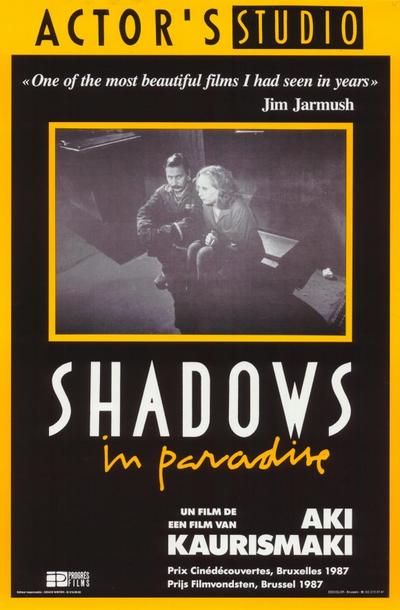 Shadows in Paradise (Finnish: Varjoja paratiisissa) is a 1986 Finnish art house comedy-drama film written and directed by Aki Kaurismäki. The film stars Kati Outinen as Ilona and Matti Pellonpää as Nikander. Ilona is a supermarket check-out clerk who meets Nikander, a lonely garbage man, and they develop romantic feelings towards each other. Both of them are extremely shy so this hinders fast development of their relationship.

Shadows in Paradise was awarded the Best Film award at the 1987 Jussi Awards.

This is the first film in Kaurismäki’s Proletariat Trilogy (Shadows in Paradise, Ariel, and The Match Factory Girl).

In Goran Dukic’s Wristcutters: A Love Story, limbo is imagined as a place where no one ever smiles, where furnishings and cars all seem second-hand, where the colours are all drab and faded. “Everything’s the same here,” as one character puts it, “but it’s just a little worse.”

He might just as well be describing Finland – or at least Finland as it has been portrayed by its unofficial chronicler, the filmmaker Aki Kaurismäki, whose hilariously bittersweet visions of Helsinki’s downtrodden demi-monde have remained so consistent over the years that you can barely hold a candle between his third feature Shadows In Paradise, released way back in 1986, and his latest, Lights in The Dusk, made two decades later.
Copy picture

Both films feature a working-class antihero down on his luck, romance, social injustice, crime, a classic car, a nostalgic soundtrack, lots of smoking and drinking, and drolly understated dialogue – although the same might in fact be said of many other Kaurismäki films. Yet while they bear a striking family resemblance to each other, they are like nothing made by anyone else (with the exception of Werner Herzog’s Stroszek and the early works of Jim Jarmusch). Kaurismäki is a true original, endlessly championing his underdog characters against whatever fate can throw at them, and always finding it in his heart to reward them (and us) with a glimpse of hope – and love – at the end. Comedy rarely comes so bleak, and depression is rarely so funny.

In a key scene in Shadows In Paradise, Nikander (Matti Pellonpää) and Ilona (Kati Outinen) find themselves barred from an upmarket restaurant by the snooty maitre d’. Nikander is an ex-butcher now working as a garbage collector, and his one chance of advancement in life has recently died along with his only friend and colleague. Ilona is a saleswoman who has been forced to move from one job to the next by the “merciless machine” of the market. At first Nikander’s attraction to Ilona may be barely requited – and their first date, spent in a grim, smoke-filled bingo hall, may hardly be a success – but Ilona will turn to Nikander when she finds herself in trouble with the law, and eventually their shared sense of social exclusion and loneliness will keep them together.

Shadows In Paradise is a stony-faced comedy of underclass solidarity, as Nikander, Ilona and Nikander’s friend Melartin (Sakari Kuosmanen) all watch out for each other when no one else will. These three awkward, taciturn characters defy all cliché, and even if the no-nonsense lovers end up sailing off not so much into the sunset as into the dreary grey mists of the Baltic Sea, you will still be there with them, hoping that they find a better future. For while this is hardly Kaurismäki’s best film, it gives the stale conventions of the rom com the dark flipside they need, while downsizing that genre’s normally bourgeois sensibilities into a class all its own.

It is truly a love story with a wristcutter’s pain at its heart – and like its isolated protagonist, Shadows In Paradise recycles discarded treasures from trash.
Reviewed by: Anton Bitel 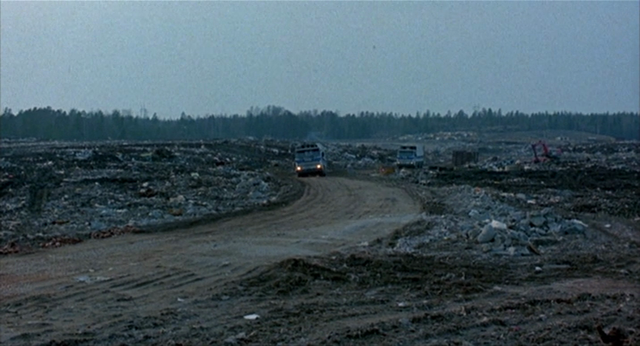 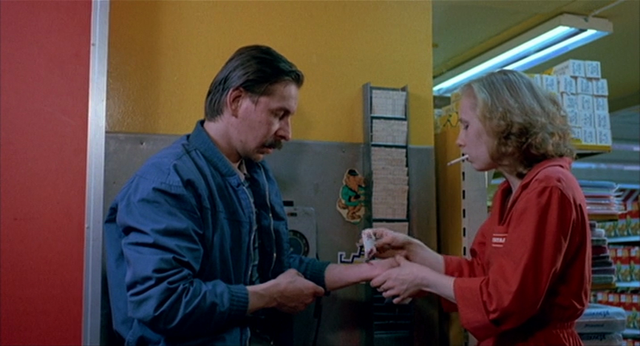 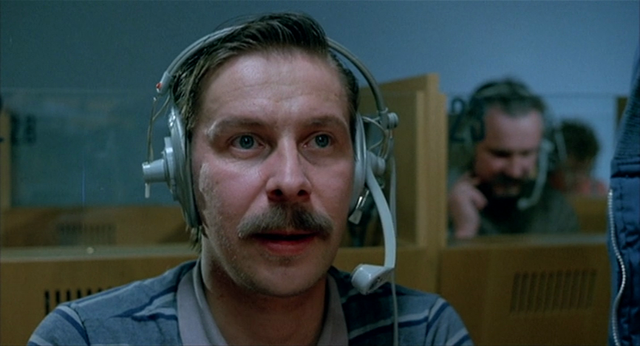 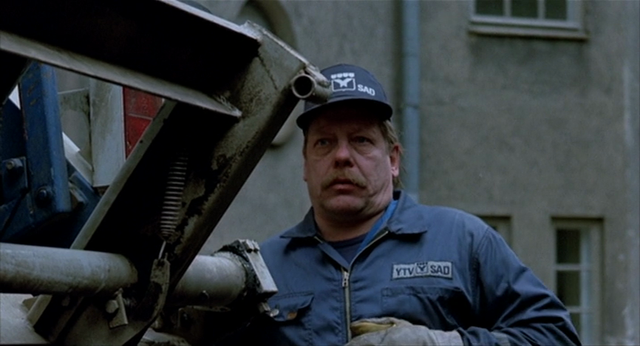 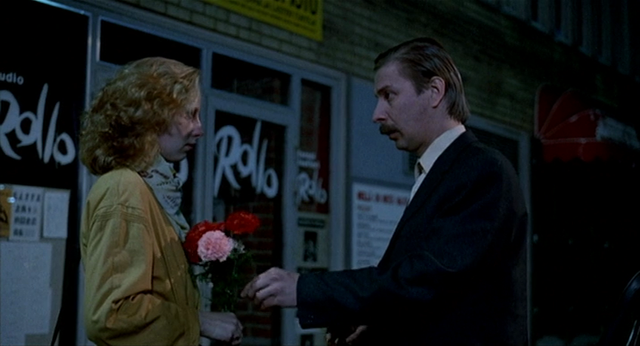 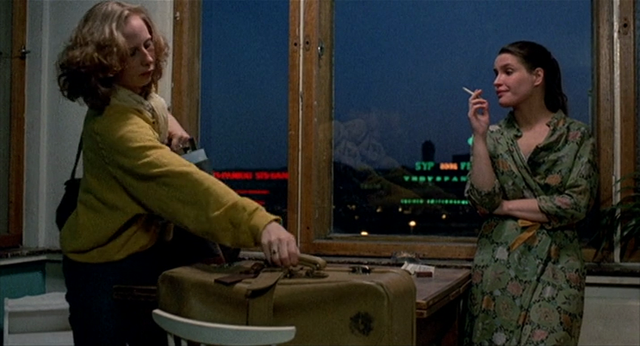