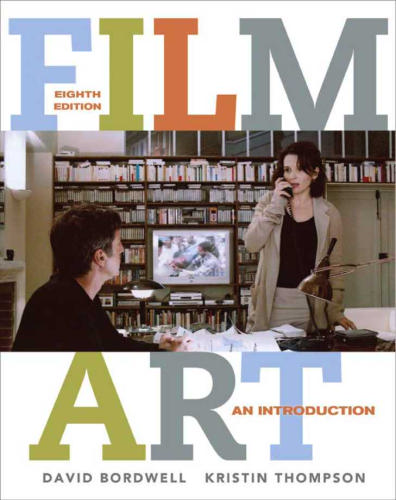 Quote:
To quote Martin Scorsese, “Cinema is a matter of what’s in the frame and what’s out.” David Bordwell and Kristin Thompson have turned Scorsese’s maxim into a career. The husband-wife team of film critics and scholars teach at the University of Wisconsin, publish books, maintain an indispensable and routinely astonishing blog, and lecture regularly at film festivals around the world. They’re strangers to the general public, but well known (if not always properly appreciated) by aficionados of film history and technique…

This description makes Bordwell and Thompson sound overly dry and scientific, and their writing is largely bereft of the glib pop zip that’s become nearly mandatory in the post-Kael era. But their simple (but never simplistic) output is thrilling in a different way because it teaches. It gives the reader tools to arrive at his or her own understanding and then apply that understanding to the act of watching films. Their work has aspects of social observation, industry criticism and personal axe-grinding. But these aspects are subtle and they tend to emerge long after you’ve read an article — often weeks later while you’re watching a film, noticing something you hadn’t noticed before, and realizing that you wouldn’t have noticed it if Bordwell and Thompson hadn’t warned you to keep an eye out…

Bordwell and Thompson also grasp what ought to be a self-evident fact, but which often goes unremarked in contemporary film writing: cinema is an art form, art is made by artists, and artists generally don’t give one-sixteenth of a damn about making statements on such-and-such or reflecting the zeitgeist or carrying the torch for Godard or any of the other motives attributed to them by reviewers looking to lock art in a cage. Like athletes, musicians, tightrope walkers or any other sorts of performer (and yes, filmmaking is a performance), directors tend not to be slaves to theory. They’re motivated by a visceral appreciation of how movies move — and by respectful competitiveness. They see someone else’s film, admire a certain shot or cut or music cue or narrative device, then work it into their own film, which in turn is seen, absorbed and transformed by other filmmakers. When a lot of directors fall in love with a technique, what once was new becomes the norm.

[Their] type of writing is more apt to be described as “scholarship” than criticism says quite a bit about the impoverished state of criticism and the banishment of formal analysis to universities and elite film journals. What we tend to think about when we think about criticism — writing that’s mainly concerned with plot, characterization, themes, political allegory, race and gender politics, so-and-so’s Oscar hopes and the stupidity of every other critic — is not just as reductive as Thompson implied, it ignores the true source of cinema’s enchantment.