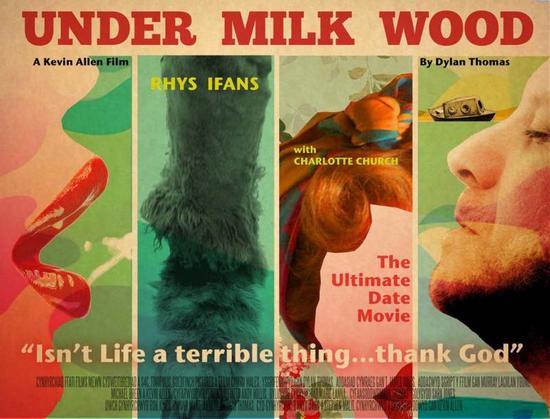 Probably few other versions are as raucous as this offering from Kevin Allen, who made his name with 1997’s laddish Cardiff romp Twin Town. That film’s star Rhys Ifans persuasively channels Burton’s night-deep tones in his voiceover, as well as playing the haunted seadog, Captain Cat. Also starring is Charlotte Church, more pert than earthy as local siren Polly Garter, but undeniably game for the revelry.

Adapted by Allen, Michael Breen and poet Murray Lachlan Young, this Under Milk Wood – in English here, but there’s also a Welsh-language version – puts often stridently vivid images to a text that barely needs illustration or amplification. The film isn’t short of visual ideas, but their sometimes clunky overstatement can swamp the language: the Captain’s drowned shipmates look as if they’ve just stepped off Davy Jones’s ghoulish galleon in the Pirates of the Caribbean series.