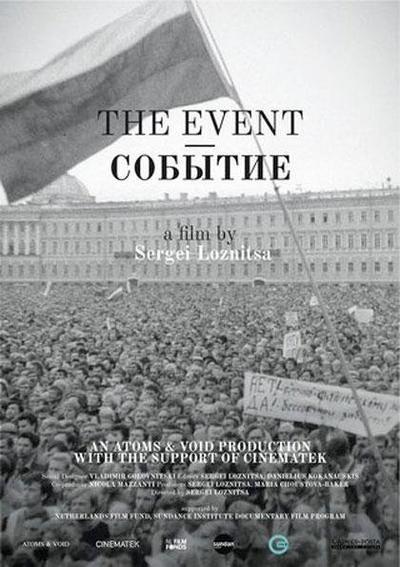 Synopsis
In August 1991 a failed coup d’e´tat attempt (known as Putsch) led by a group of hard-core communists in Moscow, ended the 70-year-long rule of the Soviets. The USSR collapsed soon after, and the tricolour of the sovereign Russian Federation flew over Kremlin. As president Gorbachev was detained by the coup leaders, state-run tv and radio channels, usurped by the putschists, broadcast Tchaikovsky’s swan lake instead of news bulletins, and crowds of protestors gathered around Moscow’s White House, preparing to defend the stronghold of democratic opposition led by Boris Yeltsin, in the city of Leningrad thousands of confused, scared, excited and desperate people poured into the streets to become a part of the event, which was supposed to change their destiny. A quarter of a century later, Sergei Loznitsa revisits the dramatic moments of August 1991 and casts an eye on the event which was hailed worldwide as the birth of “Russian democracy.” What really happened in Russia in August 1991? What was the driving force behind the crowds on the Palace Square in Leningrad? What exactly are we witnessing: the collapse or the regime or its’ creative re-branding? Who are these people looking at the camera: victors or victims? 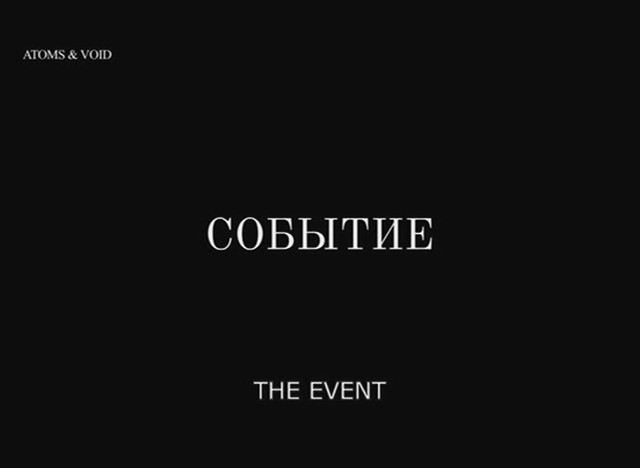 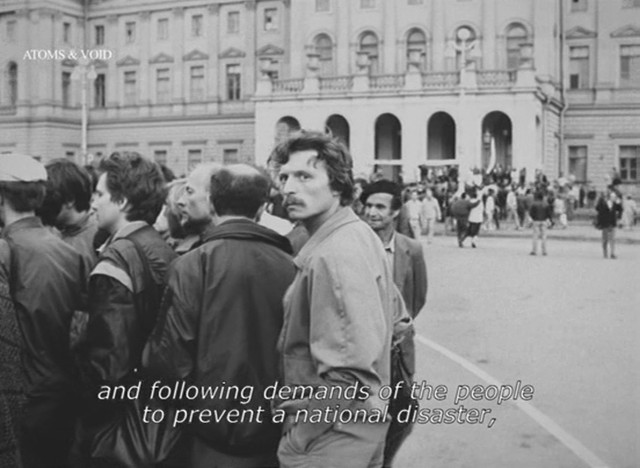 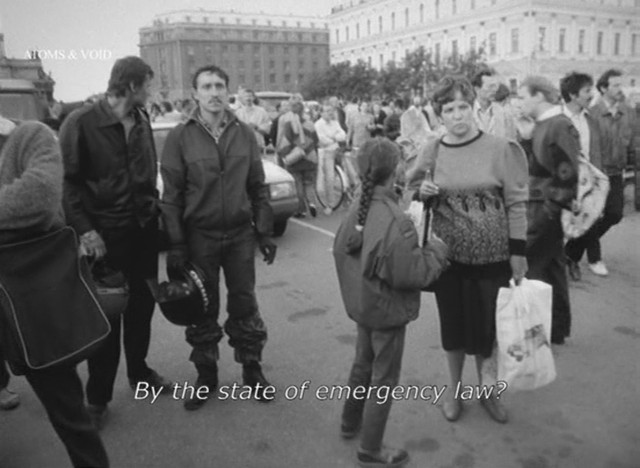 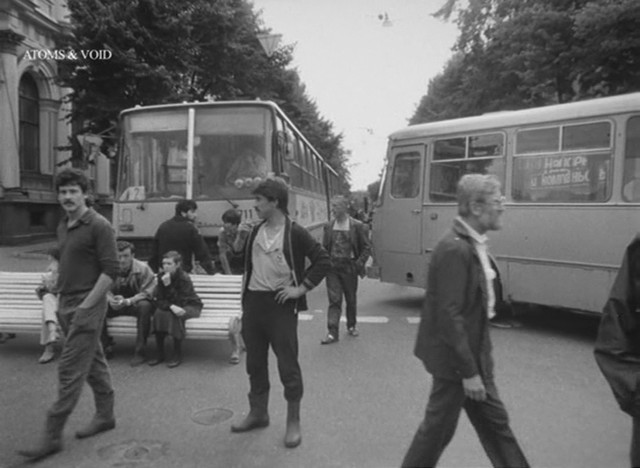 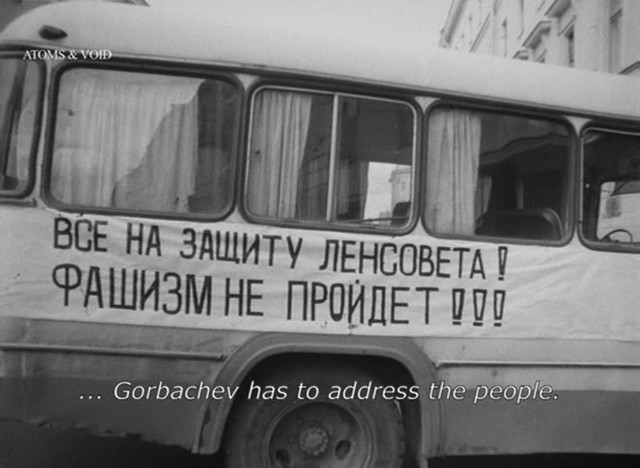 Quote:
Following Maidan, last year’s impeccable the-revolution-is-live bulletin from Ukraine, Sergei Loznitsa returns to the found-footage format with which he first came to international prominence. The Event is in many respects a logical follow-up to Maidan, and attentive viewers will detect certain formal and ideological echoes. Centred on the military coup that represented the death rattle of the USSR, The Event is composed of footage from independent documentarians in the heart of what was Leningrad. As is Loznitsa’s method, we are witnessing seismic history from the street, and as with Maidan this means several things. First, we are thrust into the middle of the crowd, buffeted hither and thither, and this often makes it difficult to get our bearings. This is entirely intentional, and goes hand in hand with the second element of The Event: we are witnessing confusion in action. “Is Gorbachev dead?” “Why is the TV only showing the Bolshoi Ballet?” “We have to seal the records,” etc. The situation is one of constant change, even as the Soviet coup leaders try in vain to establish normalcy. Granted, we know how the story ends. But Loznitsa’s editing and choice of material—passages separated by black leader and the main theme from Swan Lake—depicts both the chaos and the raw power of mass demonstration, people gathering in the street to demand their rights. Of course, The Event is also a prelude to a tragedy, since we all know (and Loznitsa knows we know) that the bold experiment in Russian democracy ends with oligarchs and Gazprom and Old You-Know-Who. But given that The Event is constructed as honest, humble heroism without a trace of irony, clearly Loznitsa is implying that it’s time to hit the streets again. – Michael Sicinski for CinemaScope 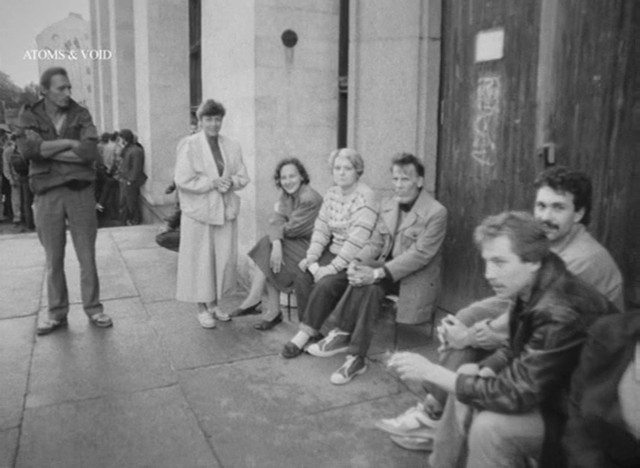 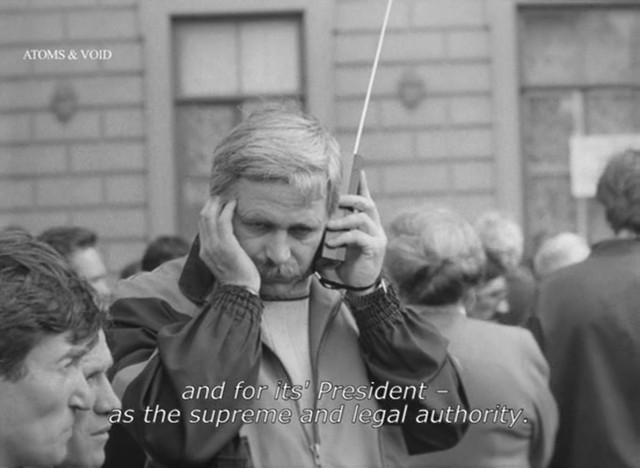 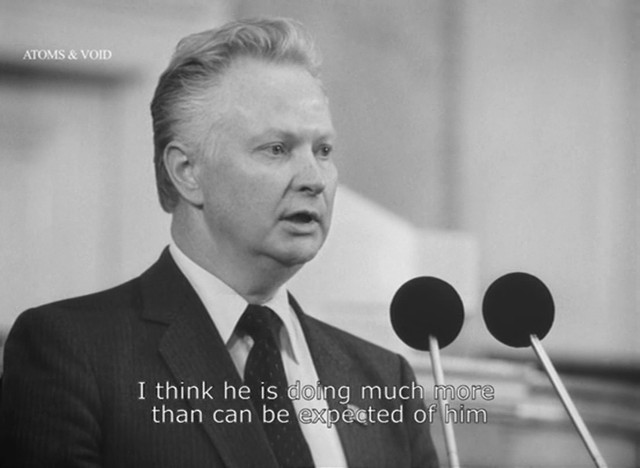 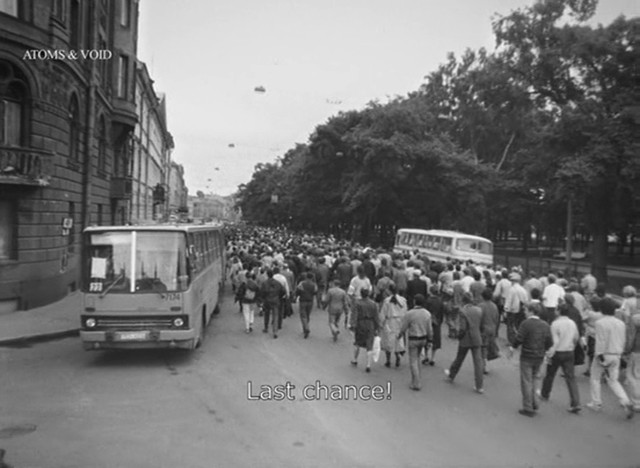 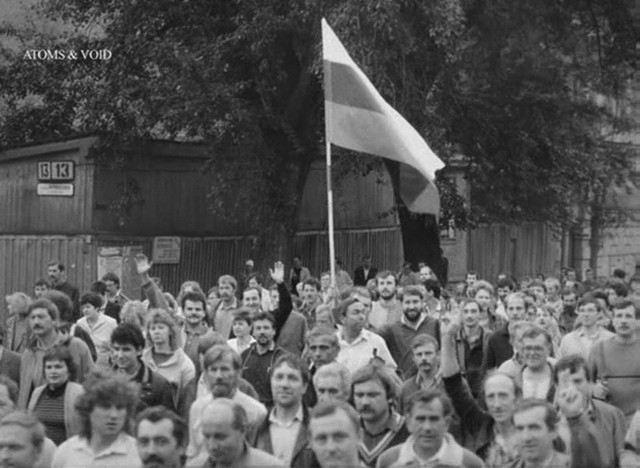