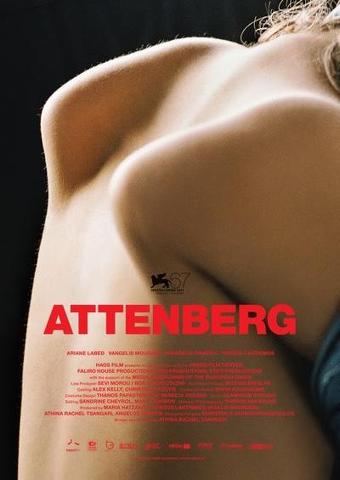 Quote:
A boldly conceived assemblage of diverse and seemingly random fictional materials, Athina Rachel Tsangari’s Attenberg is concerned with nothing less than those hardy perennials: sex, death, and modernity. And coming of age a little too late. Ariane Labed stars as Marina, a twentysomething naïf living in a small Greek city whose inexperience in all matters sexual is mirrored by her disgust for the act. In the film’s semi-notorious, heavily stylized opening sequence, Marina’s only friend, the sexually frivolous Bella (Evangelia Randou), teaches her how to kiss. As Tsangari frames the pair perpendicular to the camera against an abstract background, the two engage in a display of excessive tonguing so comically exaggerated that it only furthers Marina’s disgust. “You’re all slobbery. I’m going to throw up,” she says, before the young women give in to a round of improvised and manic play, spitting and blowing raspberries at each other, then squaring off in a mime of feral cats.
This mimicking of animal behavior becomes one of the central motifs in the film. Inspired by the nature documentaries of Sir David Attenborough (whose mispronounced name gives the film its title), Marina constantly emulates the gorillas and other animals she sees on television, engaging in improvised showdowns with both Bella and her other companion, her dying father (Vangelis Mourikis). (Her mother has passed away years ago.) By taking on the personae of wild creatures, Marina signals her distance from humanity from which she seems to have intentionally withdrawn, while the sense of antic goofing provides a necessary outlet for her repression. Soon other examples of play begin to pile up, the back-and-forth word games she engages in with her father and a series of odd not-quite-dance-numbers, as Marina and Bella, clad in complementary dresses, walk arm-in-arm, stopping to make synchronized gestures such as a leg kick or a head shake. Later, they stroll down a city street past unmoving young bikers while a French pop song plays on the soundtrack, creating a near-parody of a ’50s teen musical number.
The film is built as an assemblage of varied building blocks, seemingly ordered at the director’s whim and recalling a slower version of the bricolage techniques of musician John Zorn’s relentless postmodernist collages. Only as the eventual plots emerge do the ostensibly random sequences take on their own thematic logic. While Marina tends to her dying father, a cynical anti-modern modernist with whom she talks frankly about sex (she tells him she likes to picture him without a penis, an organ she finds repellant), she eventually engages in her own sexual awakening, via a series of wonderfully awkward scenes with an engineer played by Dogtooth filmmaker Yorgos Lanthimos.
Mixed in among these plots and the aforementioned semi-dance sequences are long tracking shots across the exterior of the town’s massive factory where the engineer plies his trade. Modernity-a nebulous term at this point in history, as Tsangari is clearly aware—is very much on the filmmaker’s mind and makes its appearance not only in the form of the factory, a housing development composed of identical units, or the ultra-clean whiteness of the hospital, but in the father’s acerbic speeches on Greece’s tangled historical relationship with industrial development. Bidding his daughter farewell as he prepares for death, Marina’s father leaves her with a mordant epitaph: “I’m boycotting the 20th century,” he says. “I’m an old atheist—a toxic remnant of modernism. I’ll leave you in the arms of a new century without having taught you anything.”
It would be too reductive to insist on attributing Marina’s self-willed seclusion to a matter of alienated living in a not-quite-post-industrial environment. Though unlike the film’s obvious point of comparison, Dogtooth, which depicted, by contrast, an enforced seclusion, social context is an important matter here. Finally, as Marina begins to bridge the gap of her isolation and prepares for her father’s death, her standing on the threshold of a new century (if, per the father’s words, the film takes place around 2000), as cinema then stood on the verge of its own now largely completed digital shift (Attenberg was defiantly shot on 35mm), is hugely significant. Tsangari’s is ultimately a film that asks how one can be expected to cope with life in what might be termed post-post-modernity. The film’s varied segments serve as the answers: an anarchic sense of play; the movies, including this one, that provide us with this manic brand of release; music; sex, of course; and, possibly even, if we’re lucky, love. 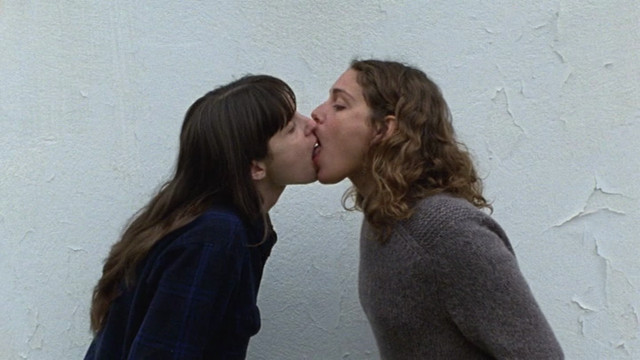 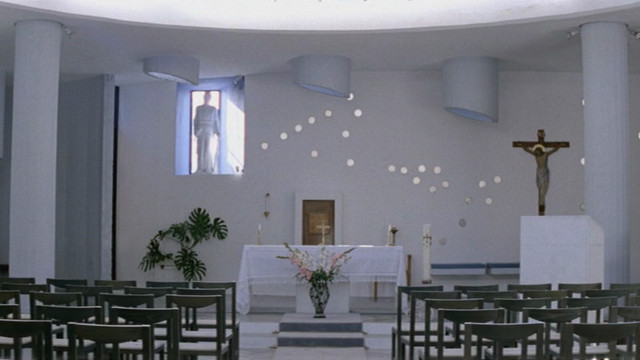 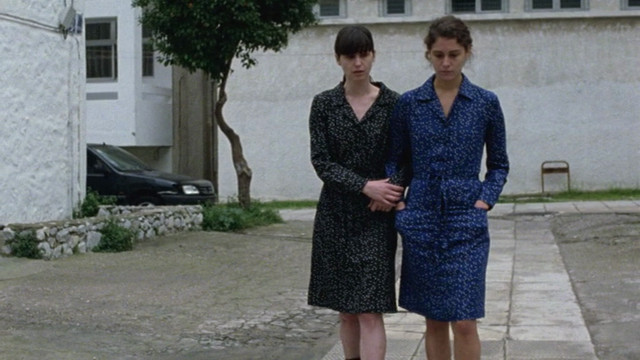 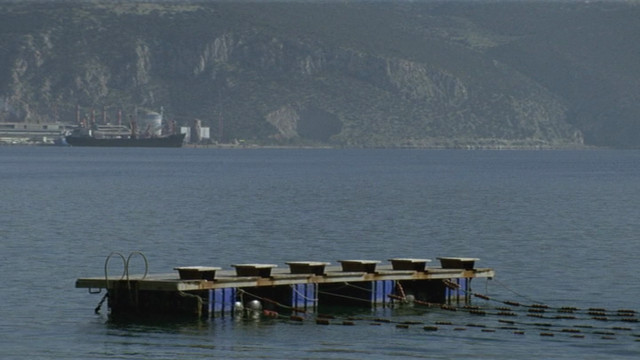 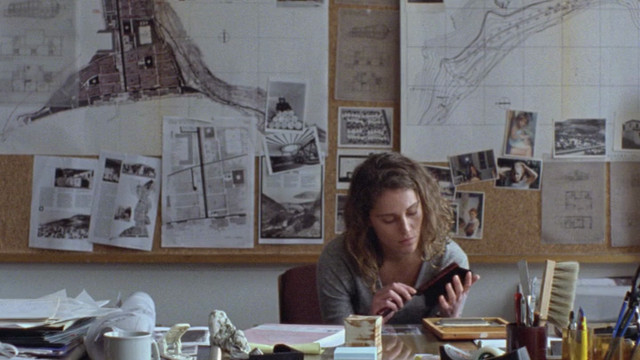 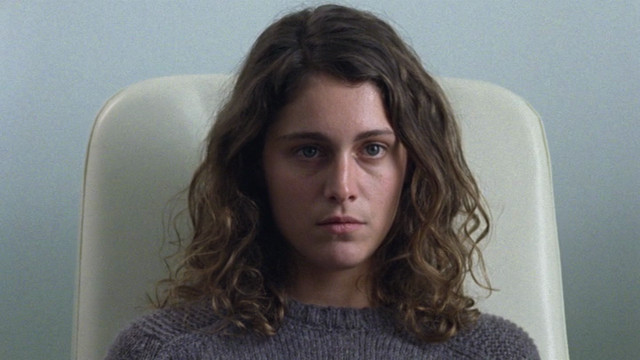 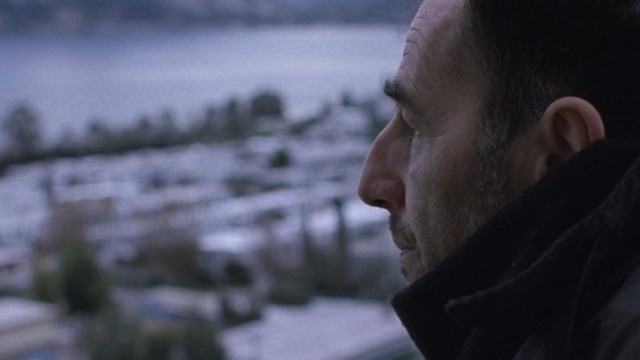 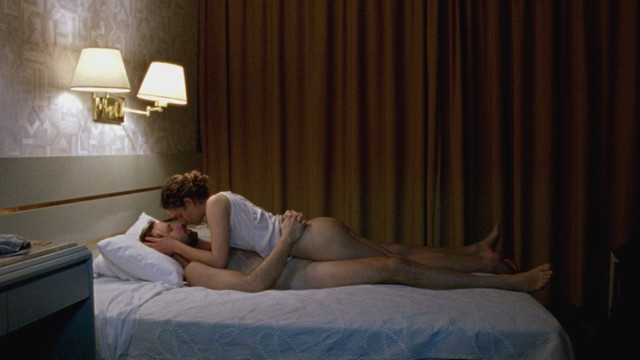 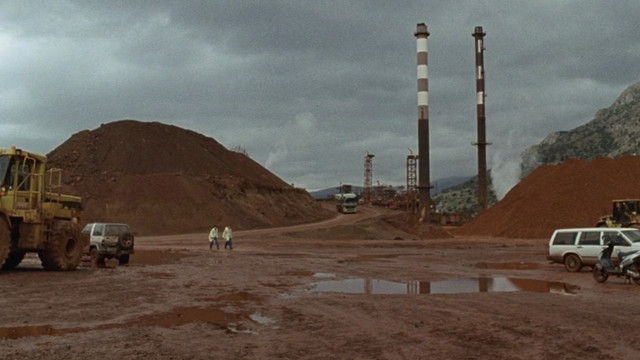