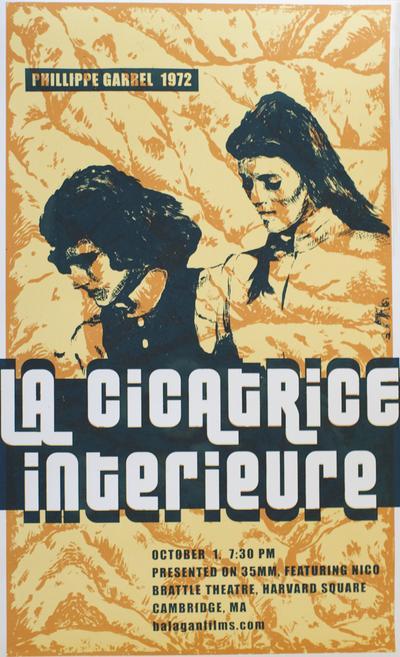 This is a highly experimental French film consisting of no more than 23 camera shots, total. It resembles nothing so much as one of Warhol’s earlier films, except that it is more episodic. Nico of the Velvet Underground portrays a different woman in each of the episodes. The first three concern her “rescues” from Death Valley, Egypt and Iceland by a young man to whom she eventually says “stay away from me.” Following that, she recites from various texts in German, French and English, makes various gnomic observations and encounters various men in various guises. All the men are played either by director Philippe Garrel or Pierre Clementi. 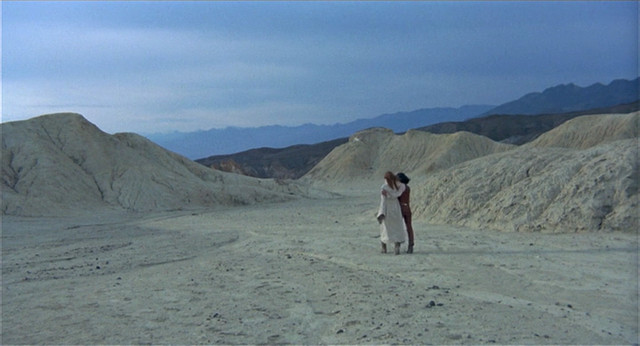 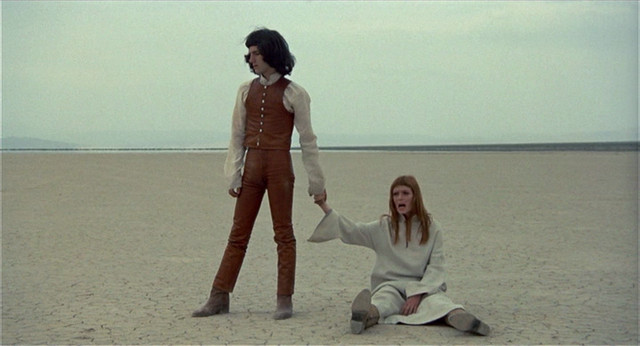 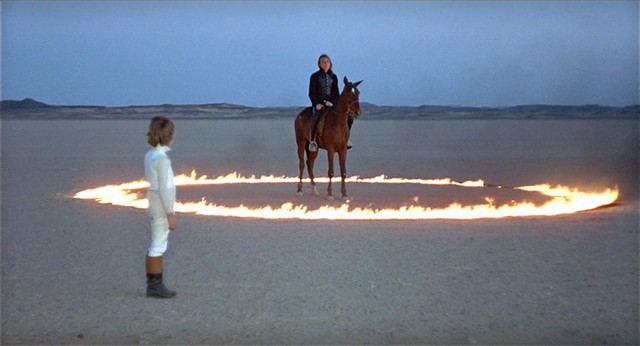 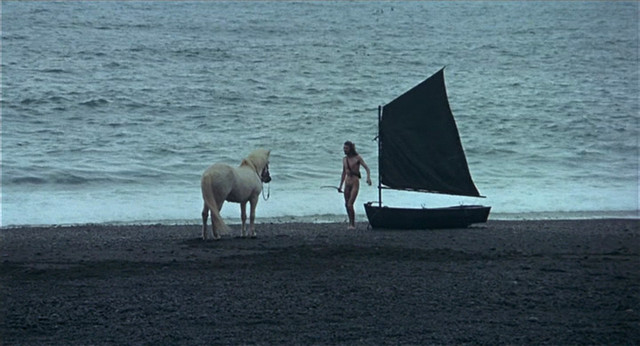 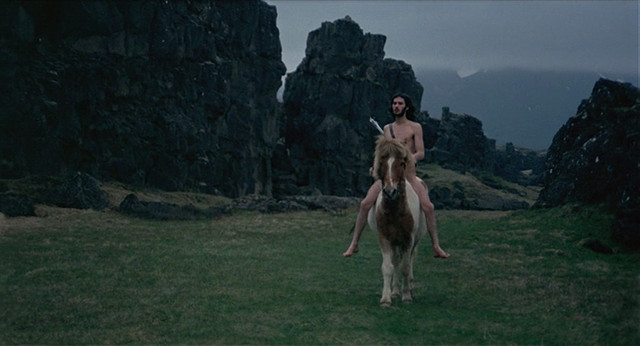 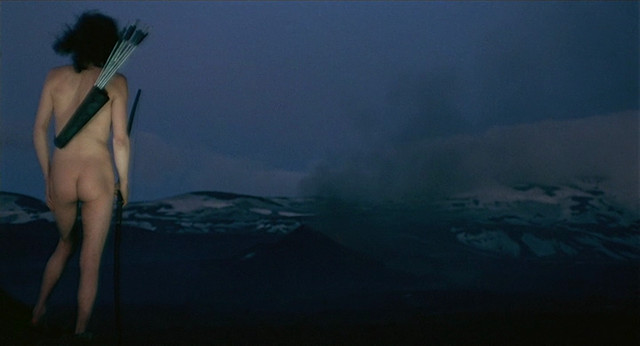 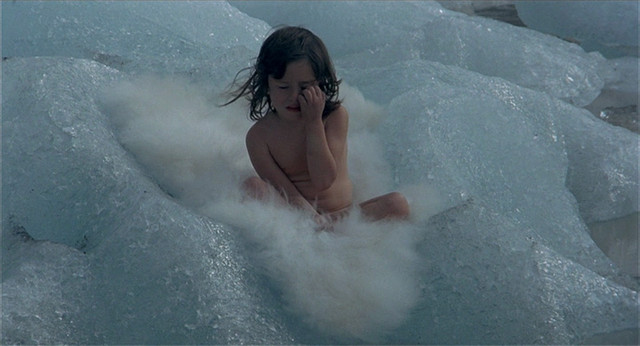 Quote:
Among the very few new talents in the New York Film Festival, the young Frenchman Phillipe Garrel is on several counts the newest. An avant-garde filmmaker who began directing movies while still in his teens, he was only 22 in 1970, when he made “Inner Scar,” which played last night in Alice Tully Hall.

“Inner Scar” features Pierre Clementi (nude) and the Andy Warhol superstar Nico (dressed in a loose robe) and a few others, including Phillippe Garrel. Clementi speaks French; Nico sometimes complains in English and sometimes declaims in German verse, and sometimes sings for musical background on the soundtrack. There are no subtitles.

The people, never more than two at a time, move through a variety of landscapes from glacial to nearly tropical—but that are always, in some manner, desert. The people may walk or run or ride a horse, or drive a flock of sheep or even sail a little boat—but almost always they are in movement. At some level I suspect there is a story in which Clementi, carrying bow and arrows and wielding a sword, comes as king or savior or avenging angel to Nico in the wilderness, and then disappears without satisfying her complaint. But the story is very obscure.

Much of the time the landscape seems reduced—even self-consciously reduced—to the four elements of earth, air, fire and water. It conveys the feeling of a space unreal in the way, say, that the landscape of the Krazy Kat comic strip was unreal. And as if it were in a comic strip or cartoon, the landscape supports images and gestures of great stylishness and wit.

“Inner Scar” is sometimes very funny, and it is a humor—usually concerning the indignities suffered by an unhappy Nico spurned — that grows out of, and depends upon, the incongruity of human finiteness seen against the vast perspectives of the film’s natural world.

In such stark, unyielding simplicity there is surely a good deal of pretension. But I think there is also some achievement, and irony, and an implicit appreciation of the ridiculousness of sticking a couple of people out in the middle of nowhere (in fact, several strange locations, including Iceland) to perform symbolic drama.

Compared with the desert journeys of Alexandro Jodorowsky—”Fando and Lis,” “El Topo” — “Inner Scar” seems downright civilized. Not a movie you can exactly warm up to, and no startling breakthrough in screen art either—but a very interesting and restrained experiment in visual rhetoric, in minimal gesture, in setting some highly abstract patterns of human behavior in the midst of a curiously agreeable wilderness.

As with some of the films of Akerman, Eustache, and Pialat, what Garrel offers is basically a restaging of a few slices of his own life–served up fairly raw, with nerves still quivering. Garrel started out as an unabashed experimental filmmaker in the mid-60s, making films in 35-millimeter as well as 16, many of them with New Wave actors (Bernadette Lafont, Zouzou, Jean Seberg, Pierre Clementi), his own actor father (Maurice Garrel), and himself. By the late 70s Garrel had gotten close enough to conventional narrative to make it into art theaters, but prior to that he was sometimes just filming portions of his life rather than restaging them. According to Thomas Lescure, who authored with Garrel the only book about Garrel to date–the 1992 Une camera a la place du coeur (A Camera in Place of a Heart)–the filmmaker divides his work into four periods: adolescence (1964-1968, eight films); the Nico years, or underground period (during which Garrel was involved with the singer Nico, who appeared in almost all of his work, 1968-1978, seven films); the “narrative” epoch (1979-1984, four films); and the current period, when he started making more use of dialogue (1988 to the present, at least five films).

Language(s):French, German, English
Subtitles: None (The director has forbidden subtitles in this film, says IMDb)