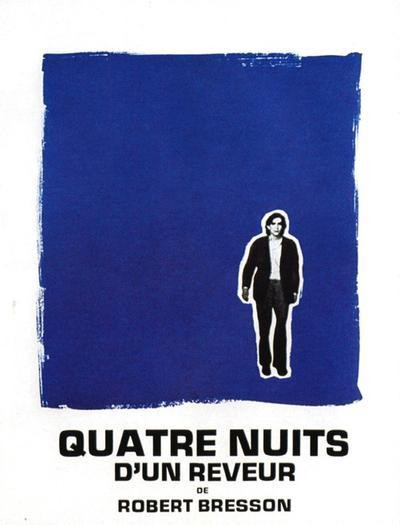 Quote:
Tells of the love of a young ‘dreamer’ for the woman he meets on the Pont Neuf in Paris one summer night, her obsession with an absent lover and the four nights they spend together. 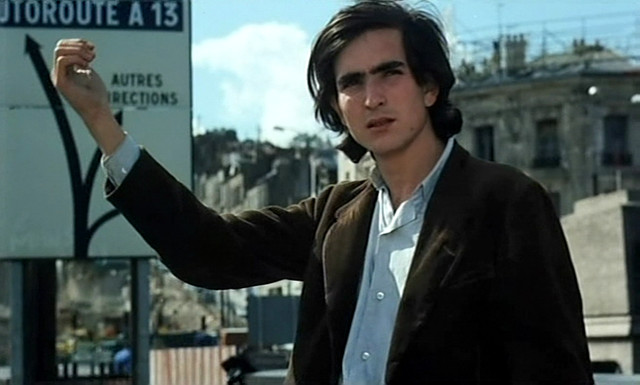 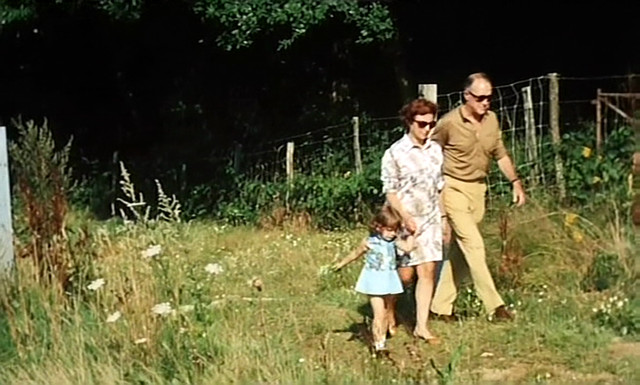 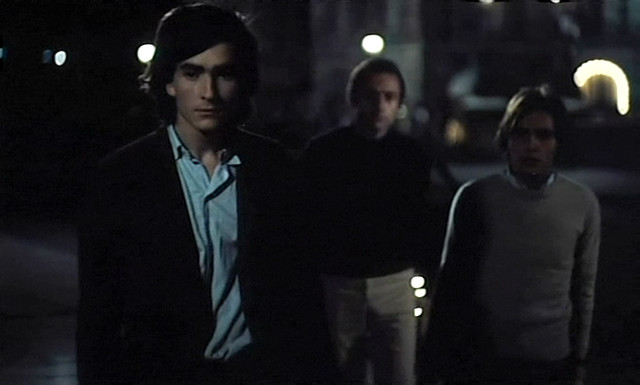 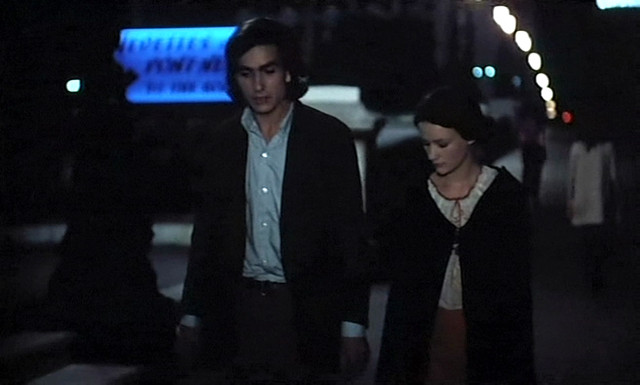 Dave Kehr wrote:
An adaptation of Dostoyevsky’s White Nights, Robert Bresson’s 1971 film is an exploration of romantic love rendered in the precise, austere style of his better-known studies in spirit (Lancelot du lac, Une femme douce). In the secular turn Bresson reveals an unexpected sense of humor and worldly irony. The transformation of Paris at night into a dream landscape pulsing with electric mystery is reminiscent of Minnelli, although the economy of expression is clearly Bresson’s. A very beautiful and essential film. 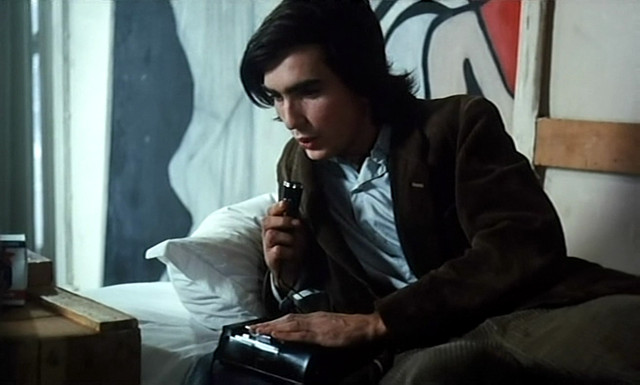 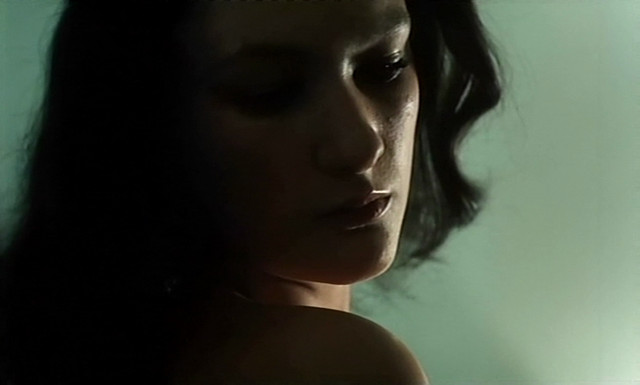 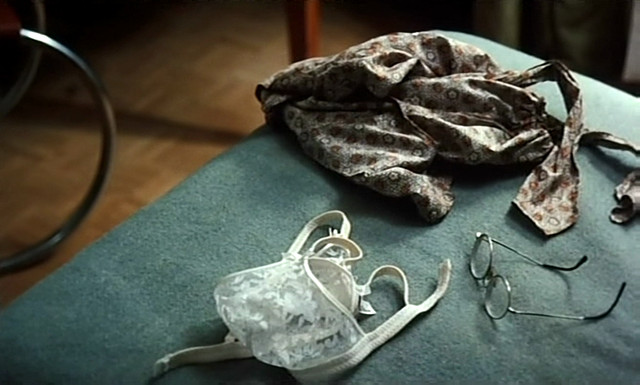 Fernando F. Croce wrote:
White Nights, distilled — Dostoevsky wrote it, Visconti embraced the romanticism, Robert Bresson makes it a sardonic beating around the bush. His dreamer is some stand-in for Jean-Pierre Léaud called Jacques (Guillaume des Forêts), who thumbs a ride and shrugs when asked of his destination, then, feeling happy in the meadow, turns a cartwheel. He spots grave, caped Marthe (Isabelle Weingarten) by the edge of the Pont Neuf; she removes her shoes and stares into the water below, Jacques halts the suicide, she steps back and puts her shoes on. “My story? I have no story,” he says. “Histoire de Jacques” flashes on the screen, a knowing serving of Truffaut — Jacques spots a looker through the shopping window, follows her through the streets only to turn 180° as he passes another girl, who hops a bus and disappears. An even richer send-up pivots Marthe’s story, which sends her to a movie premiere courtesy of her boarder (Maurice Monnoyer), a thriller that has the hero shot in the head yet still able to lavishly pull out a pic of his beloved and give it a final smooch (“We have fallen into a trap,” she whispers to her mother, whose face streams with tears). Bresson provides prismatic views of the heroine’s nakedness before her mirror, segueing into her love vow to Monnoyer, delineated as a remembrance of The Awful Truth. The barge propelled by bossa nova gives a rare instance of the auteur sitting back and enjoying a performance, for the rest he’s implacable about the characters’ dreams. Jacques murmurs into a recorder about the purity of love and even plays the tape in his breast pocket so that the girl’s name palpitates like his heart, but the truth is that he cannot give himself over to emotion like Marthe — he resents and envies her wholehearted stance because his is only a notional one, love “with no one, an idea, the woman in my dream.” Bresson rounds out his leveling comedy with shaggy troubadours and painterly jibes (which vexed Manny Farber), leaving romance disembodied and the hero bent over his canvas, waiting to be picked up again twenty years later by Leos Carax. Cinematography by Pierre Lhomme. With Lidia Biondi, Patrick Jouanné, and Jérôme Massart. 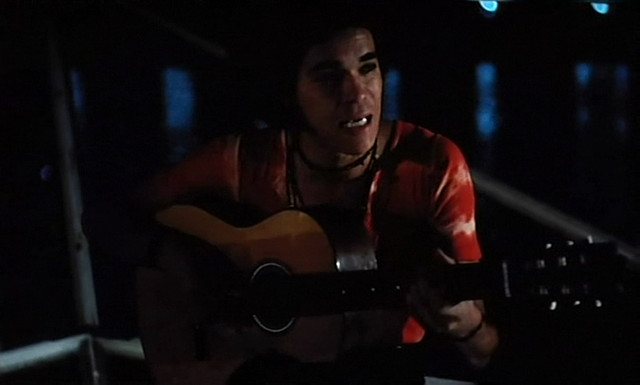 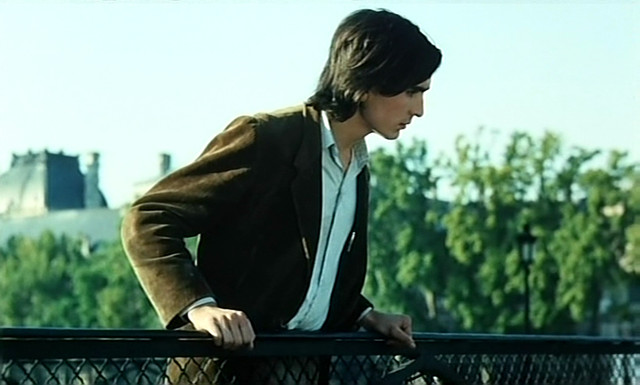 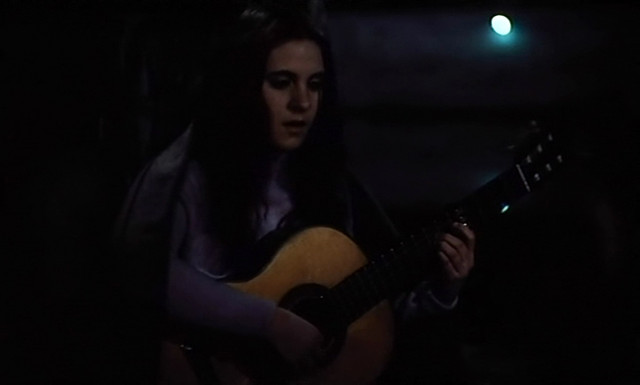