Eiichi Yamamoto – Kanashimi no Beradonna AKA Belladonna of Sadness (1973) 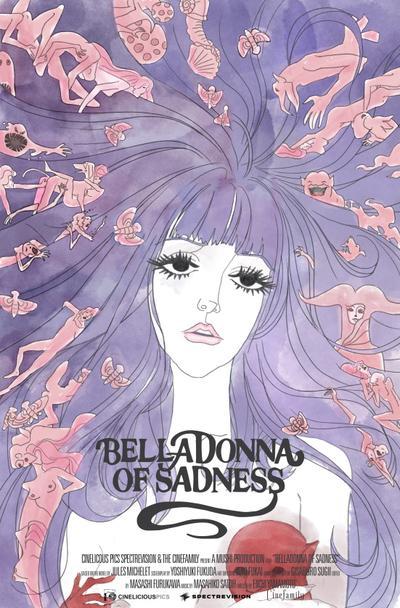 Belladonna of Sadness was the third and final animated feature film produced by Osamu Tezuka’s Mushi Pro studio. The studio went bankrupt two months after the film came out. The film is loosely based on French historian Jules Michelet’s La Sorcière about witchcraft and Joan of Arc. Jeanne and Jean have just been married, but Jean can’t afford to pay the marriage tax demanded by the king. As a result, Jeanne is raped by the king. To save her husband and marriage, Jeanne sells her body and soul to the devil. In return she obtains the power to save the villagers from the black death, whip them up into an orgy, and turn them against the king while he is away at war.

Review by Benjamin Ettinger at pelleas.net:

The third and last of the Mushi Pro Animerama films, The Belladonna of Sadness is an adaptation of French historian Jules Michelet’s novel of the story of Joan of Arc: La Sorcière. The obvious and salient feature of this film is the unique way in which it was animated using a blend of still illustrations and full animation. Intended for ‘art house’ venues rather than a more general audience like the first two Animerama films, Belladonna comes across as by far the more sophisticated and successful production, its strikingly original visuals largely responsible for the film’s visceral impact. This film was in fact intended to be, literally, revolutionary: a revolution against the dominant Disney full-animation style. Unfortunately but predictably, the film languished critically and with audiences as a result, and scant few if any later anime films can be said to have carried on Belladonna’s legacy of breaking new ground in animation techniques. It stands today as one of the small handful of anime films that can stand up to comparison with the most innovative work in 20th century animation, beyond mere niche (ie anime) appeal.

In the film, the distinctive illustration style of illustrator Kuni Fukai is brought to life in a way that no other artist’s work has been brought to life in a full-length animated film, blending his actual illustrations of the characters with incredibly imaginative animation which seems to ooze from the images themselves. The man responsible for this bold approach, Gisaburo Sugii, did a marvelous job of bringing these pictures to life, choosing what to use as a still illustration, when to switch to full animation, and how to make it seem natural. The director Eiichi Yamamoto in turn handles the human tragedy played out by this visual phantasmagoria with his usual good dramatic sense. The quirky folk-rock soundtrack also contributes to the film’s rather medieval and otherworldly yet stylishly modern atmosphere. Overall this is truly unique film with artistic vision and an adult sensibility lacking in the first two films, with all their Tezuka-esque bathos and childish comedy. It is, however, curiously neglected even in Japan, where the first two films are much more well known. From an artistic standpoint Belladonna is their unquestionable superior, but people probably still don’t know what to make of it. It’s a shame, because this is one of the most original of all anime films. 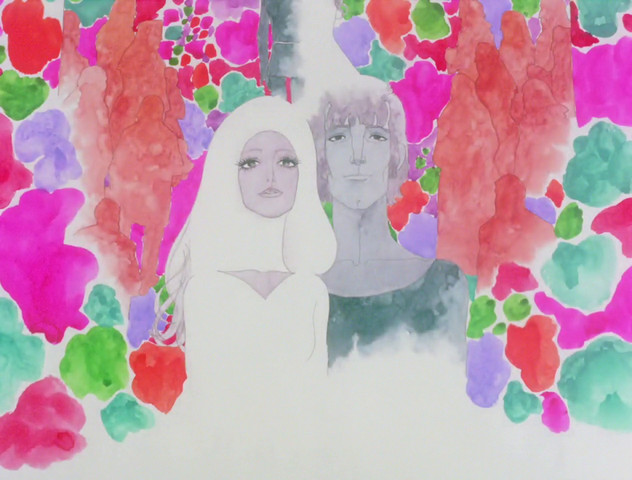 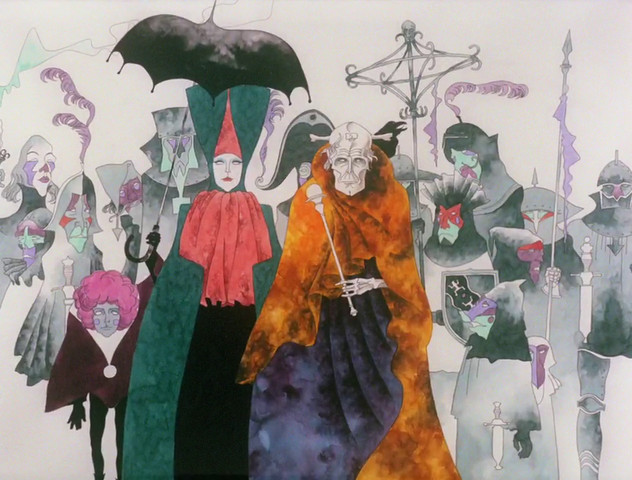 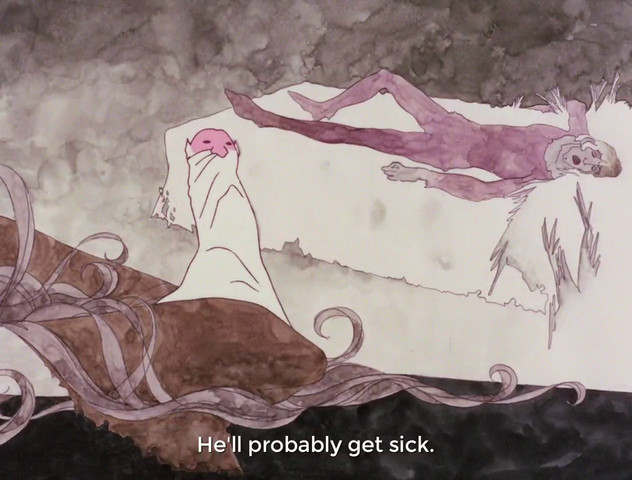 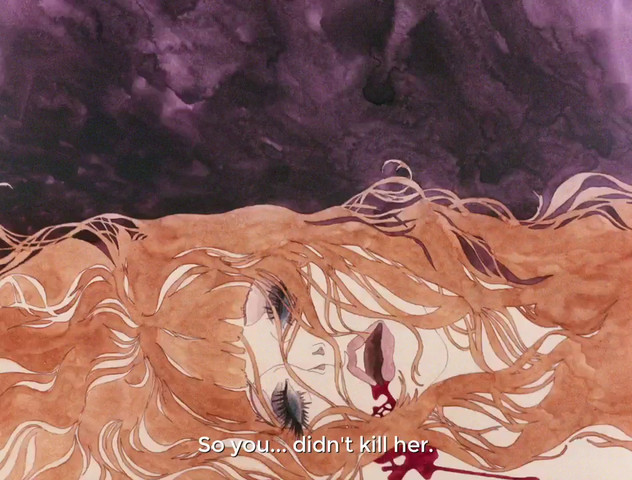 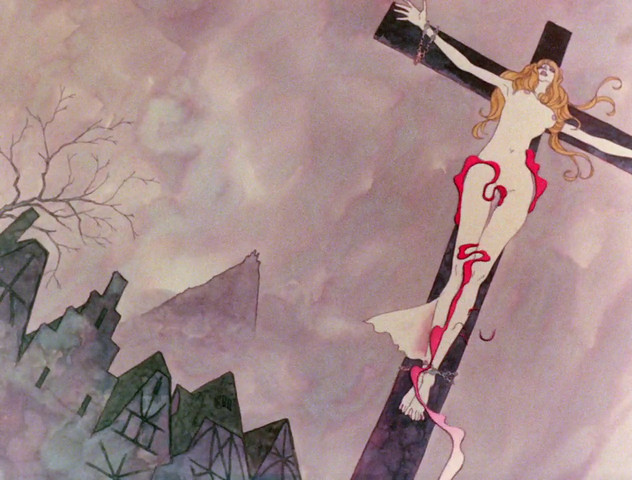