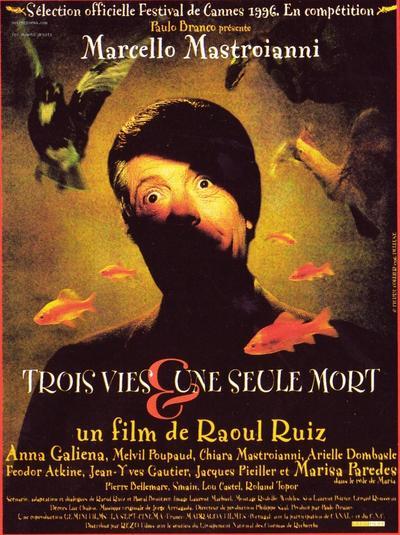 Synopsis:
Marcello Mastroianni stars as man who shares four names and four personalities (which is the real one?). This mysterious figure is the link between four different, yet strangely similar, stories involving love, lust, crime and time. 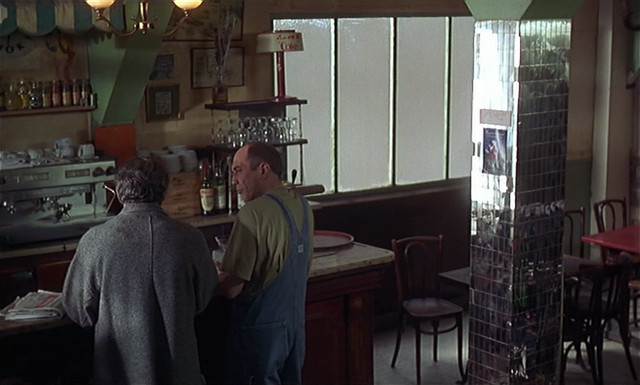 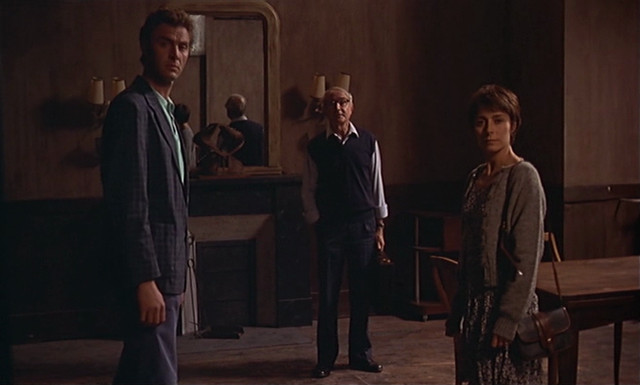 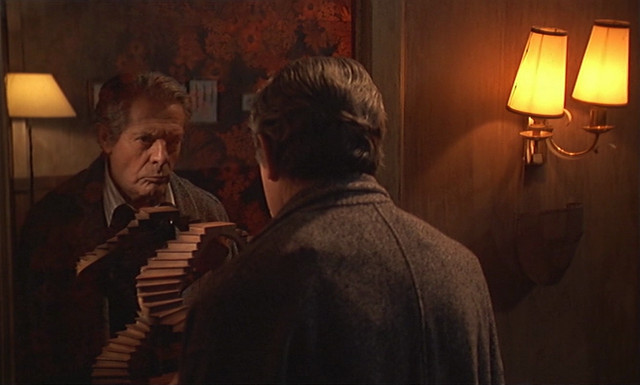 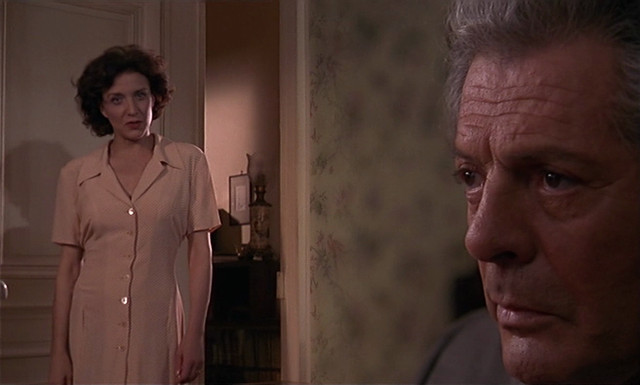 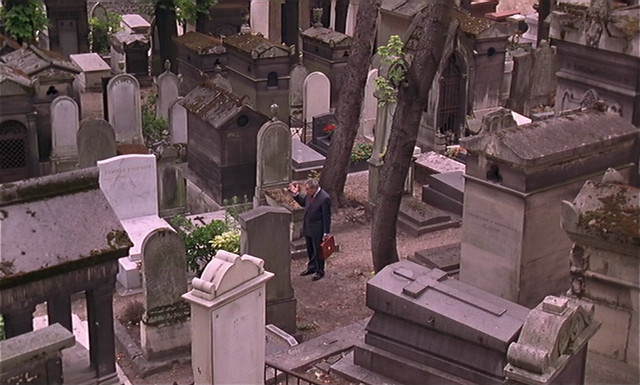 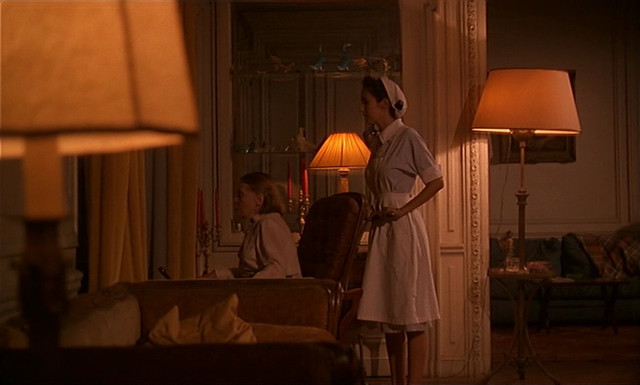 Review:
A cleverly composed, prefiguring episode in Three Lives and Only One Death shows Mateo Strano (Marcello Mastroianni) in simultaneous, tripartite images (in a similar vein as Alain Resnais’ Last Year at Marienbad and Lina Wertmüller’s Love and Anarchy) through mirrors and split-screening as he continues to awkwardly fidget with his necktie even after a secondary point-of-view shot indicates that he has already placed his hands on the dinner table while waiting for his wife, Maria (Marisa Paredes) to return to the room. It is a logically irreconcilable moment that punctuates Mateo’s already bizarre story that he recounts to the reluctant André (Féodor Atkine), a polite stranger whom he intentionally engages in conversation at a local bistro: the abstracted old man’s explanation for his inadvertent abandonment of his wife years earlier after impulsively renting a larger apartment on a nearby street one day, only to discover that tiny, demanding fairies inhabited the strangely morphing apartment – unanticipated roommates that would subsequently consume his time and attention (not to mention, household goods) over the next twenty years by modulating his own experienced reality. However, the fantastic – if not mad – tale would prove to be only the first in a series of strange phenomena articulated by an unnamed radio personality (Pierre Bellemare) who further narrates equally inscrutable events of a mild mannered professor of negative anthropology, George Vickers’ (M. Mastroianni) withdrawal from society and his relationship with a compassionate prostitute named Tania (Anna Galiena), the unexpected change in fortune of a struggling, overly affectionate young couple, Martin (Melvil Poupaud) and Cecile (Chiara Mastroianni) who mysteriously inherit a chateau with an instinctually bell-trained butler (M. Mastroianni), and a wealthy industrialist, Luc Allamand (M. Mastroianni) whose seemingly ideal life with his beautiful young wife Helene (Arielle Dombasle) turns into upheaval after a self-actualized, imagined crisis.

Three Lives and Only One Death captures the whimsicality and droll, tongue-in-cheek humor that pervades Raoul Ruiz’s densely structured, organically fluid, and elaborately conceived, baroque cinematic puzzle-fables. Ruiz sustains the film’s playful illusionism and deliriously absurdist tone through sublime trompe l’oeil (literally, to deceive the eye) compositional effects: deceptive mirroring angles and reflection shots; seemingly static camera perspectives that capture shifting distances and tracking between objects (the walls of Mateo’s apartment, and Tania’s increasing proximity towards her husband (Jacques Pieiller) upon inspecting photographs that illustrates her growing interest in reverting to her sordid, former life); inanimate objects that appear to move and transform (note the wallpaper that comes to life at the sound of Maria’s voice – who is ironically wearing a similarly bold print blouse while singing – that serves as an oblique reference to the colorful, over-coordinated mise-en-scene and costuming of Jacques Demy’s The Umbrellas of Cherbourg). Presenting a logically tortuous and (appropriately) fractured narrative from the point-of-view of a psychologically imbalanced, yet prominent, successful, and charismatic protagonist, the film becomes an existential, modern allegory on identity, role-playing, and social multiplicity. 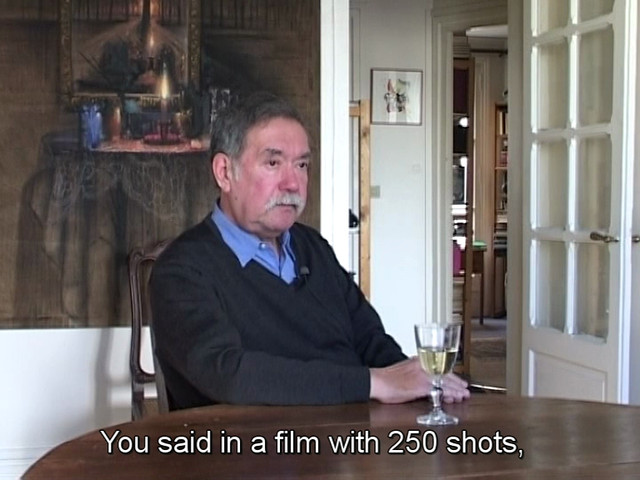 2. A Talk with Raoul Ruiz 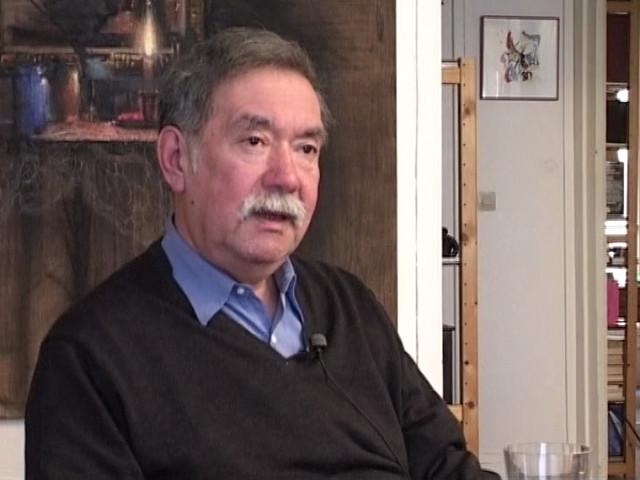 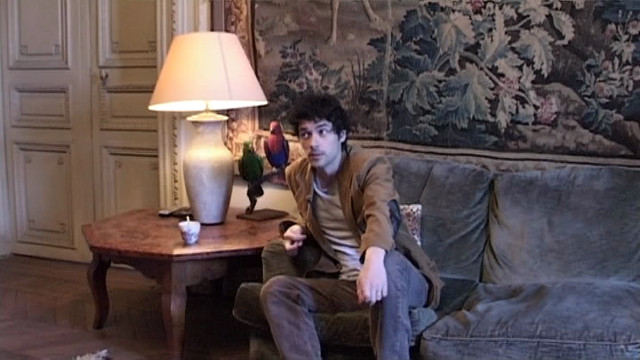 (All extras are in French language with English & Portuguese subtitles)