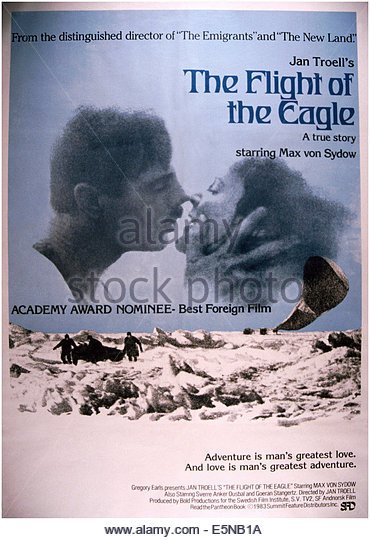 Quote:
Based on the novel by Per Olaf Sundman, Ingenjör Andrées Luftfärd (Flight of the Eagle) tells the real-life story of a Swedish engineer’s attempted expedition to the North Pole in a balloon. Jan Troell directs this over two-hour adventure drama set in 1897. Max Von Sydow stars as Salomon August Andrée, the engineer who leads the tragic journey in a balloon called The Ornen (The Eagle). He is accompanied by explorers Nils Strindberg (Goran Stangertz) and Knut Fraenkel (Sverre Anker Ousdal). Ingenjör Andrées Luftfärd was nominated for Best Foreign Language Film in the 1983 Academy Awards. Using his experiences making this film, Troell went on to make the hour-long documentary En Frusen Drom (A Frozen Dream) in 1998 with archival information from the remains of the expedition found in 1930 on an island near the North Pole. ~ Andrea LeVasseur, All Movie Guide 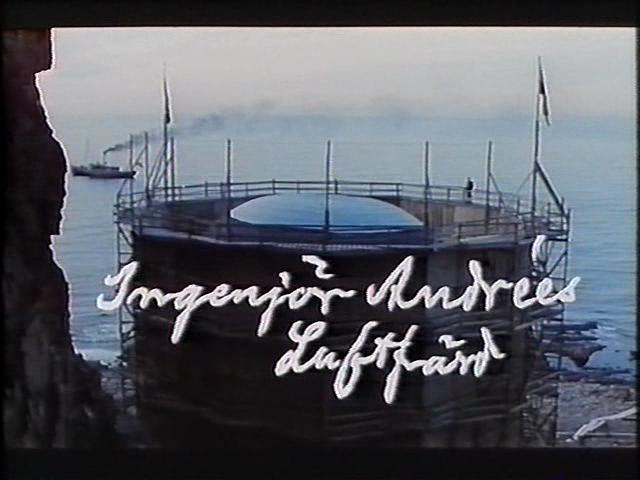 For reasons not entirely clear, doomed polar expeditions remain almost endlessly fascinating. It may be because cold landscapes, unlike the jungles and rain forests of the tropics, do not overwhelm the past with fecundity. Instead, polar regions preserve it, sometimes for millennia, deep frozen, as a silent lesson to us all.

Jan Troell’s “The Flight of the Eagle,” the Swedish nominee for the Oscar as the best foreign-language film of the year, is the story of Salomon August Andree, Nils Strindberg and Knut Fraenkel who, in 1897, took off from Spitsbergen in a hydrogen-filled balloon in what turned out to be a lunatic attempt to fly over the North Pole to claim it for Sweden. The three men were never again seen alive.

In 1930 the crew of the Norwegian ship Bratvaag discovered the remains of the expedition on the island of Viton. The balloon, which was supposed to be able to stay in the air for weeks, had landed three days after takeoff. Though the bodies of the explorers had been partly eaten by polar bears, they were identifiable. More important, Andree’s diaries had been preserved, along with the undeveloped negatives of a number of photographs the men had taken during their uncertain flight and subsequent journeying across the Arctic wastes.

“The Flight of the Eagle” uses as the basis of its screenplay a “documentary novel” about the expedition, written in 1967 by Per Olof Sundman, a work that apparently includes a lot of speculation on the nature of the three explorers and on the exact sequence of events that preceded their deaths.

The film, which opens today at the Sutton theater, is so good that it makes one want to know more, especially how much of it is documented by Andree’s diaries and how much of it is invented by the novelist and film makers.

As characterized in the screenplay, and as acted by Max von Sydow, Andree is an extremely complex figure. He’s internationally known as an “aeronaut,” although he has spent less than a few hours on any single balloon flight. He’s a self-absorbed bachelor with a profound attachment to his old mother and, only late in life, does he experience anything like a serious romantic affair. He’s thoughtful and vain. He’s dedicated to science but also, it seems, a mystic. He’s a humanitarian who’s willing to sacrifice himself and his associates rather than face the humiliation of defeat.

The other two men are somewhat more easy to understand. Strindberg (Goran Stangertz), a first cousin once removed of the great Swedish playwright, is a young scientist whose devotion to Andree persuades him to disregard his own common sense. Fraenkel (Sverre Anker Ousdal) is an engineer, the replacement for an old friend of Andree’s who backs out at the last minute when he realizes that Andree’s expectations of the balloon are far from realistic.

“The Flight of the Eagle,” magnificently photographed by Mr. Troell, who also wrote the screenplay with three collaborators, leaves a lot of questions unanswered. Yet the adventure is both panoramic and unusually intimate. Toward the end of the expedition, the personal drama of the three men, as they are overtaken by fate, is detailed with an intensity that is as moving as the earlier sequences are spectacular.

Mr. Troell has a novelist’s love of digression, which makes for a very long film that has an appealing kind of 19th-century leisureliness to it. There’s an extended sequence set in Paris, where the three men go to be outfitted, to check on the construction of the balloon, to take in the cancan dancers and to be sculptured in wax for museum viewing.

Later, in an eerie sequence before the start of the expedition, Andree presents his beloved mother with a duplicate of his own, lifesized wax head, which she regards coolly. It’s not because it looks like Salome’s dirty work, which it does, but because she doesn’t like the beard on it. The son, holding the head in his lap, dutifully pulls out the chin whiskers while his mother sews.

There are also a rather large number of flashbacks devoted to Strindberg’s idealized memories of the young woman (Lotta Larsson) he leaves behind – an enchanting creature who glows in Renoir colors – and to Andree’s relations with a Stockholm matron (Eva von Hanno), an affair that never seems as passionate or important as it’s supposed to be.

Mr. von Sydow, Mr. Stangertz and Mr. Ousdal are each very fine. The huge, briefly airborne balloon is marvelous to behold, and so is the entire physical production. 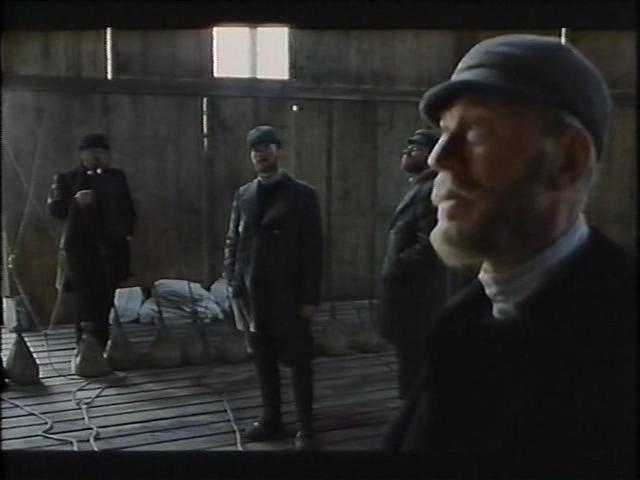 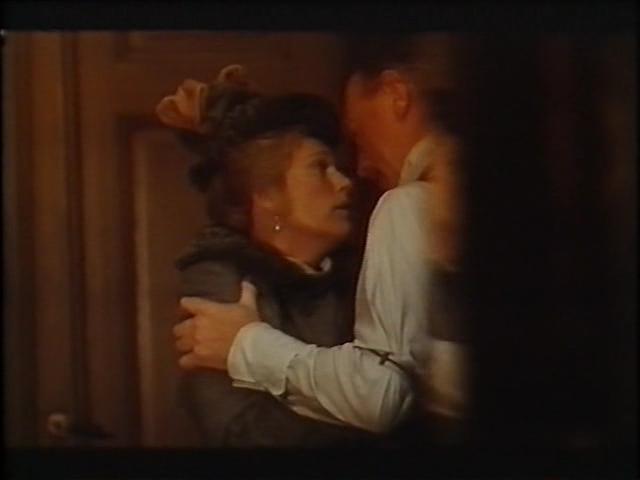 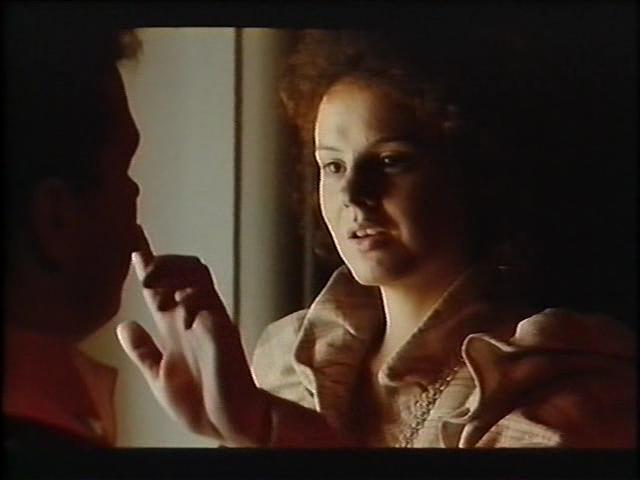 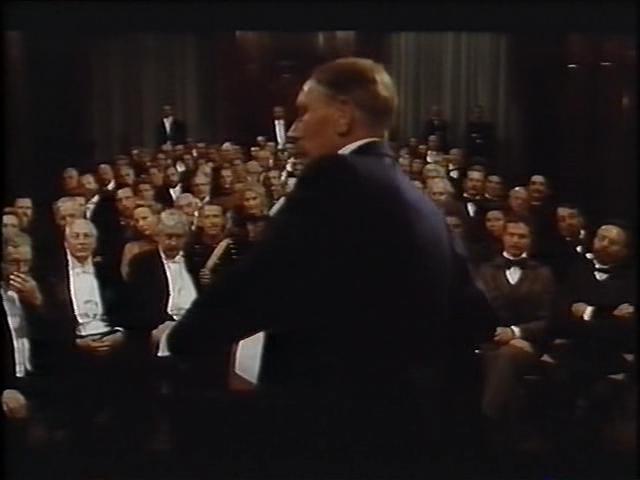 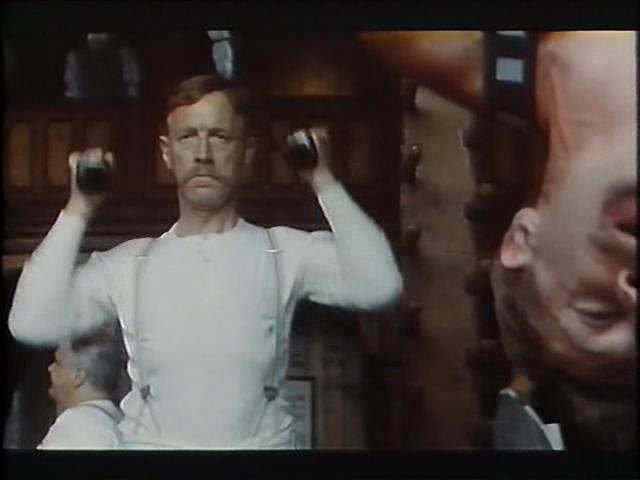