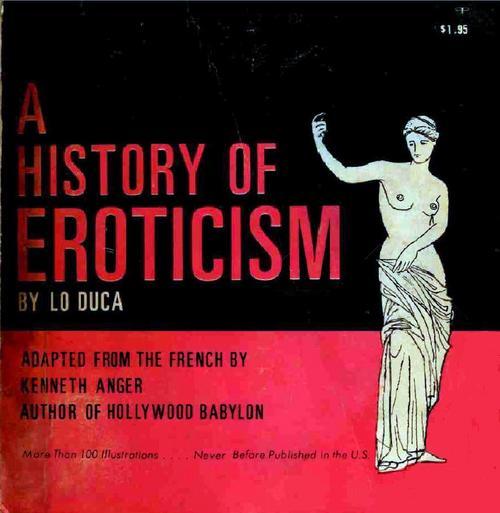 Joseph-Marie Lo Duca was an Italian-born journalist, novelist, art critic, and film historian best known as the co-founder in 1951 of the influential French magazine Cahiers du Cinéma with André Bazin, Jacques Doniol-Valcroze and Léonide Keigel. Lo Duca was born in Milan, Italy to a family of Sicilian origin. Fascinated from an early age with reading and writing, he published his first novel, La sfera di platino (“The Sphere of Platinum”) in 1927. In 1942, having assembled a wealth of rare documents and objects related to cinema, Lo Duca established the Musée Canudo at the Palais de Chaillot in Paris with the goal of founding the International Museum of Cinema in Rome. The project for the Rome museum, however, did not survive the war. In 1948, he published Le dessin animé (“The Animated Cartoon”) with a preface by Walt Disney. His Histoire du cinéma (1942) was translated into twelve languages while Technique du cinéma (1948) became a noted reference work. His novel, Journal secret de Napoléon Bonaparte (“The Secret Diary of Napoleon Bonaparte”), published in 1948 with a preface by Jean Cocteau, received enthusiastic reviews from Georges Bataille, Audiberti , Joseph Delteil , Marcel Pagnol, Jean Dutourd, and Jacques Chastenet. André Breton claimed the author had invented “history-fiction”, a new literary genre. Acknowledged as his greatest success, the novel was re-published in France in 1980 and 1997. In 1951, he co-founded the Cahiers du Cinéma and remained on its editorial board until 1955. Between 1958 and 1967, Lo Duca co-edited the Bibliothèque internationale d’érotologie (International Library of Erotology) published by Jean-Jacques Pauvert. A specialist in erotic art, his works include Eros im Bild (1942) with a preface by Georges Bataille, L’erotismo nel cinema (1945), Storia dell’erotismo (1968), Dizionario di sessuologia (1972), Manuel des confesseurs (1982), and Luxure de luxe: arte erotica nei fumetti da Botticelli a Lichtenstein , (1983). Erudite with a taste for provocation, he published Les mines de Sodome (2001), a trilogy of sexually explicit short stories, when he was over 90 years old. In 1951, Joseph-Marie Lo Duca found a copy of the negative of Carl Theodor Dreyer’s second version of ‘The passion of Joan of Arc’ in the Gaumont Studios vaults. Lo Duca then made several significant changes, including the addition of a Baroque score and the replacing of many intertitles with subtitles. For many years, Lo Duca’s version was the only one available. Dreyer himself objected to this cut, however. In 1960, he edited the novelized French version of Federico Fellini ‘s La Dolce Vita. In 1974, he prefaced the French edition of the screenplay of Amarcord written by Fellini and Tonino Guerra. 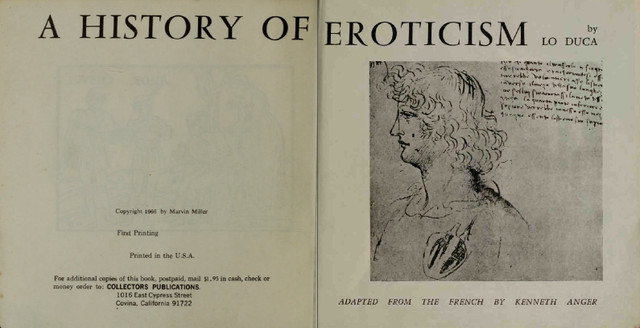 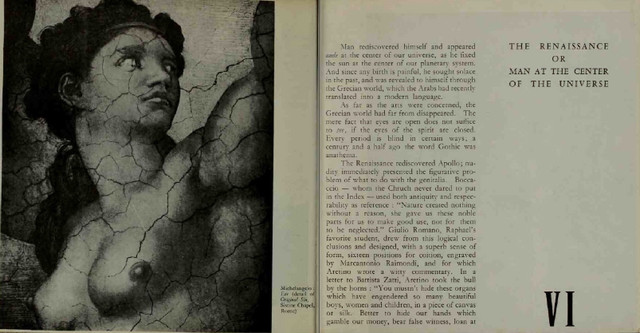 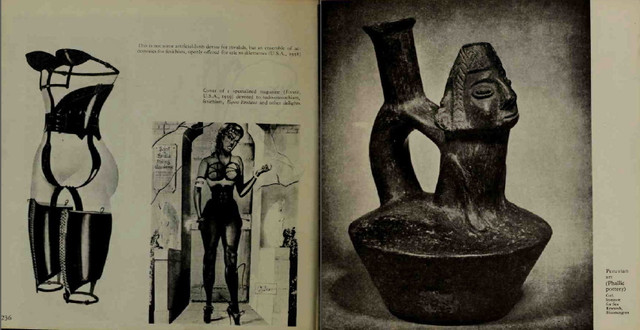 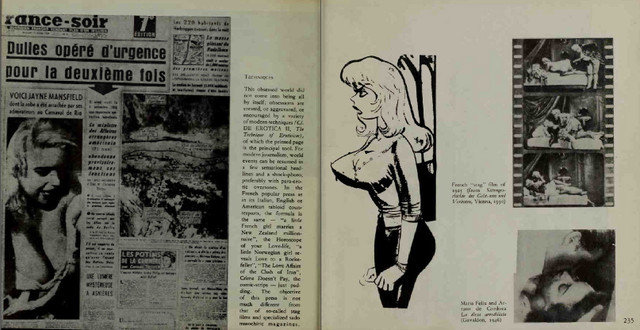 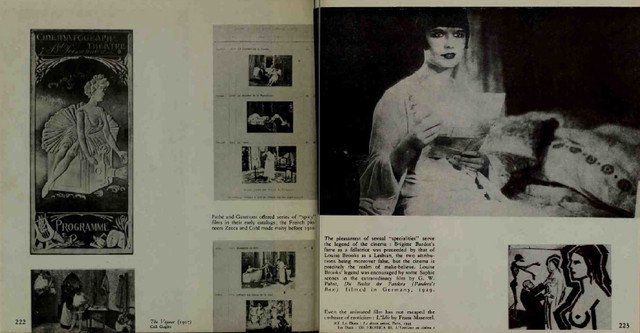 Kenneth Anger is an American underground experimental filmmaker, actor and author. Working exclusively in short films, he has produced almost forty works since 1937, nine of which have been grouped together as the “Magick Lantern Cycle”. His films variously merge surrealism with homoeroticism and the occult, and have been described as containing “elements of erotica, documentary, psychodrama, and spectacle”. Anger himself has been described as “one of America’s first openly gay filmmakers, and certainly the first whose work addressed homosexuality in an undisguised, self-implicating manner” and his “role in rendering gay culture visible within American cinema, commercial or otherwise, is impossible to overestimate”. Since 1947, when he made his controversial and often-banned underground film “Fireworks” at the age of 15 (it was filmed, according to Sheldon Renan’s history of underground film, “on three nights when his parents were away”), Anger has devoted his life to two things – making underground films and collecting evidence about Hollywood private lives. His books include: Hollywood Babylon (1965) and Hollywood Babylon II (1982). 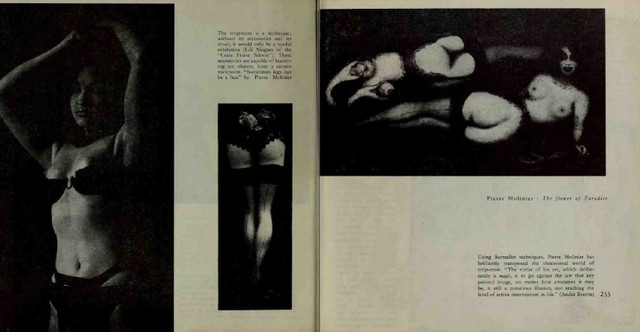 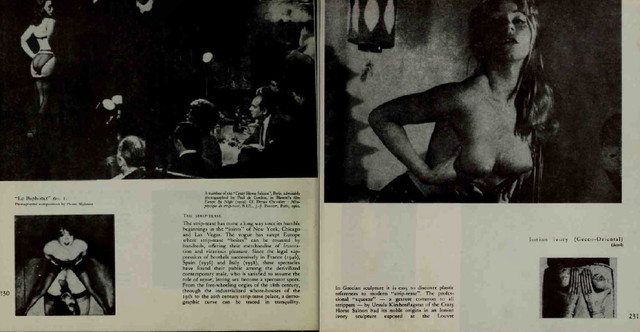 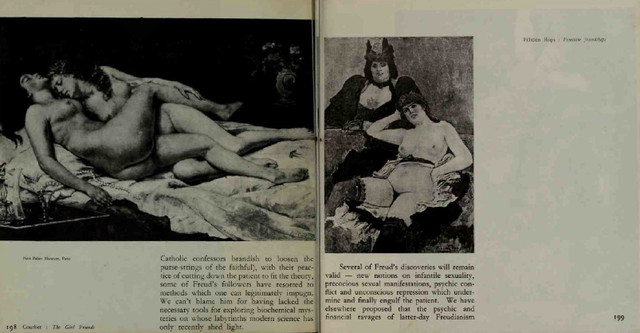 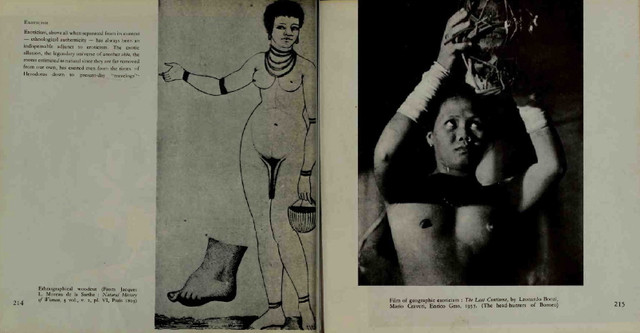